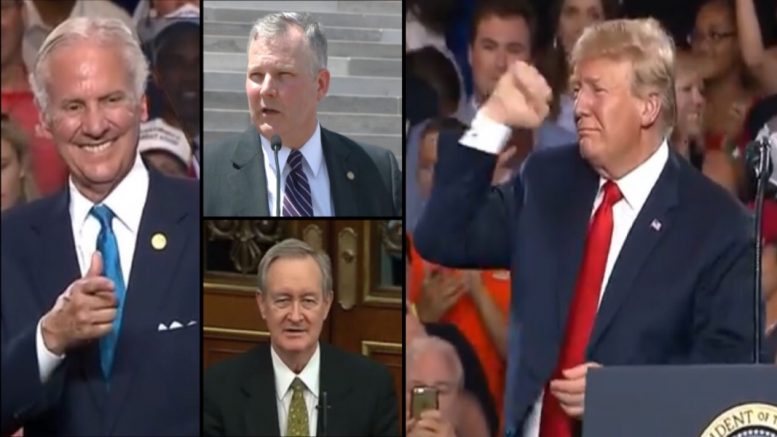 Former President Donald J. Trump released three statements Friday via email, announcing his “complete and total endorsement” for Henry McMaster, the governor of South Carolina since January 24, 2017, for Lieutenant Governor Tim Griffin, who is running for Attorney General in Arkansas, and also for Republican Senator Mike Crapo of Idaho.

Since becoming governor, McMaster has announced more than 41,000 new jobs and over $12 billion in capital investment. The state’s unemployment rate is the lowest in recorded history and more people are working in South Carolina than ever before, according to McMaster’s governor biography.

In his first statement on Friday, President Trump expressed his praise and support for Governor Henry McMaster: “Henry McMaster has been a great Governor for the wonderful people of South Carolina. He is Strong on the Military, our Vets, Crime, and the Second Amendment. He has also been a fabulous Chief Executive for his State,” the president said.

“Henry has my Complete and Total Endorsement as he runs for re-election!” Trump announced.

“Tim will be tough on Crime, defend our Second Amendment, loves our Military and our Vets, and will stand shoulder-to-shoulder with the brave Men and Women of Law Enforcement. Tim Griffin has my Complete and Total Endorsement!” he declared. Continued Below

In a third email statement endorsing Sen. Crapo, the president wrote, “Senator Mike Crapo of Idaho has my Complete and Total Endorsement. Mike is tough on Crime, Strong on the Border, and fights for our Military and our Vets. He will continue to be a Champion for our Second Amendment and the great Outdoorsmen and Women of Idaho and the USA.”

Sen. Crapo voted “no” on impeachment against Trump last month, calling it “unconstitutional”, arguing that Trump was a “private citizen” during the trial. He also said in part in a statement, “The House’s impeachment proceeding blatantly violated established guarantees of due process. … We must not dismiss the foundational tenets of our Constitution, particularly in the heat of the deep divisions we face in America.”

Last month, Trump warned sitting Republican lawmakers that he could back primary challengers if he deems them to be insufficiently loyal. “Where necessary and appropriate, I will back primary rivals who espouse Making America Great Again and our policy of America First. We want brilliant, strong, thoughtful, and compassionate leadership,” President Trump said in a statement. Continued Below

He has also endorsed Senator Tim Scott (R-SC), Senator Jerry Moran (R-KS), congressional candidate Max Miller, a former White House aide who is in the race against an incumbent Republican in Northeast Ohio, and Republican Senator John Kennedy of Louisiana. 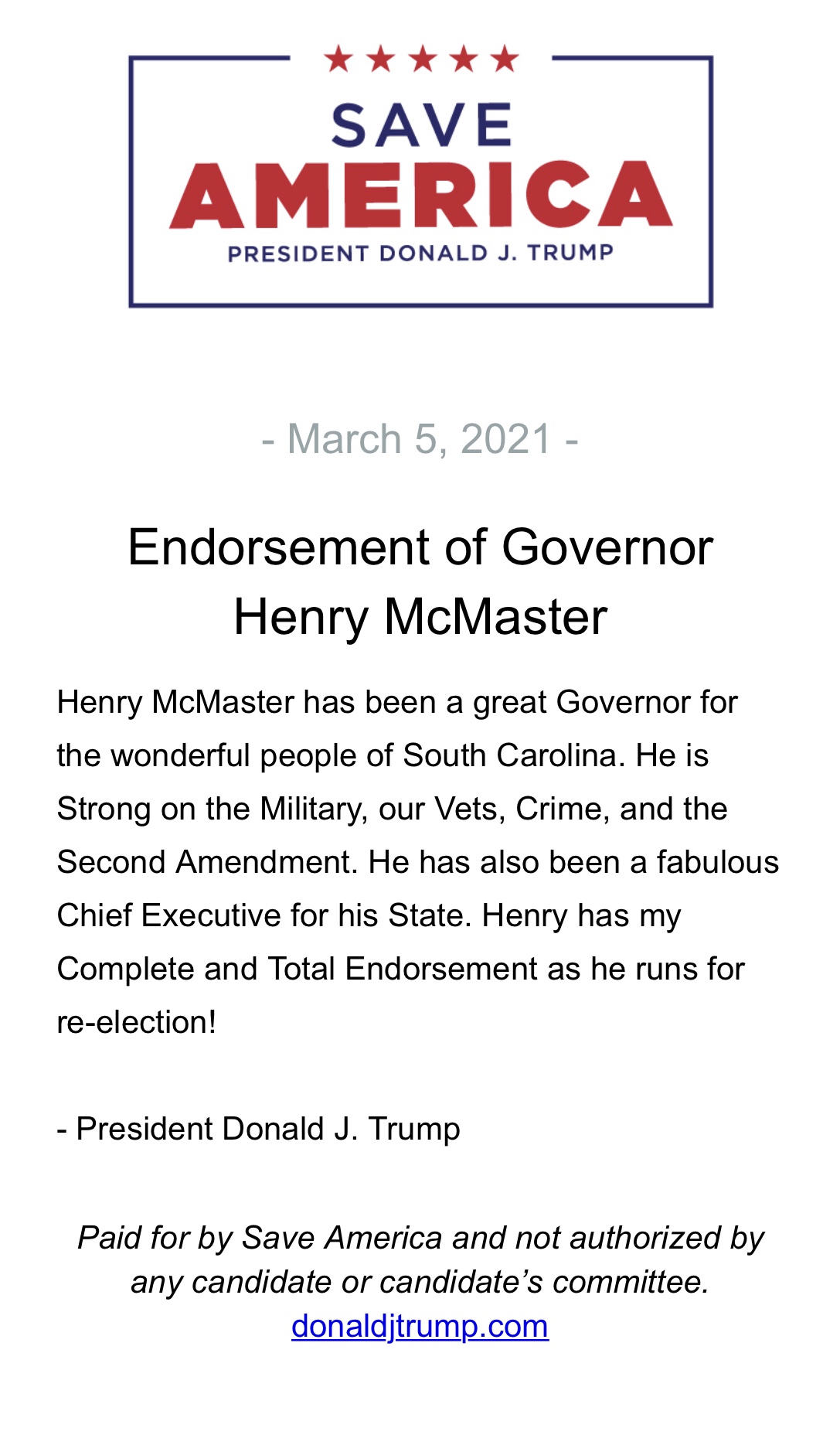 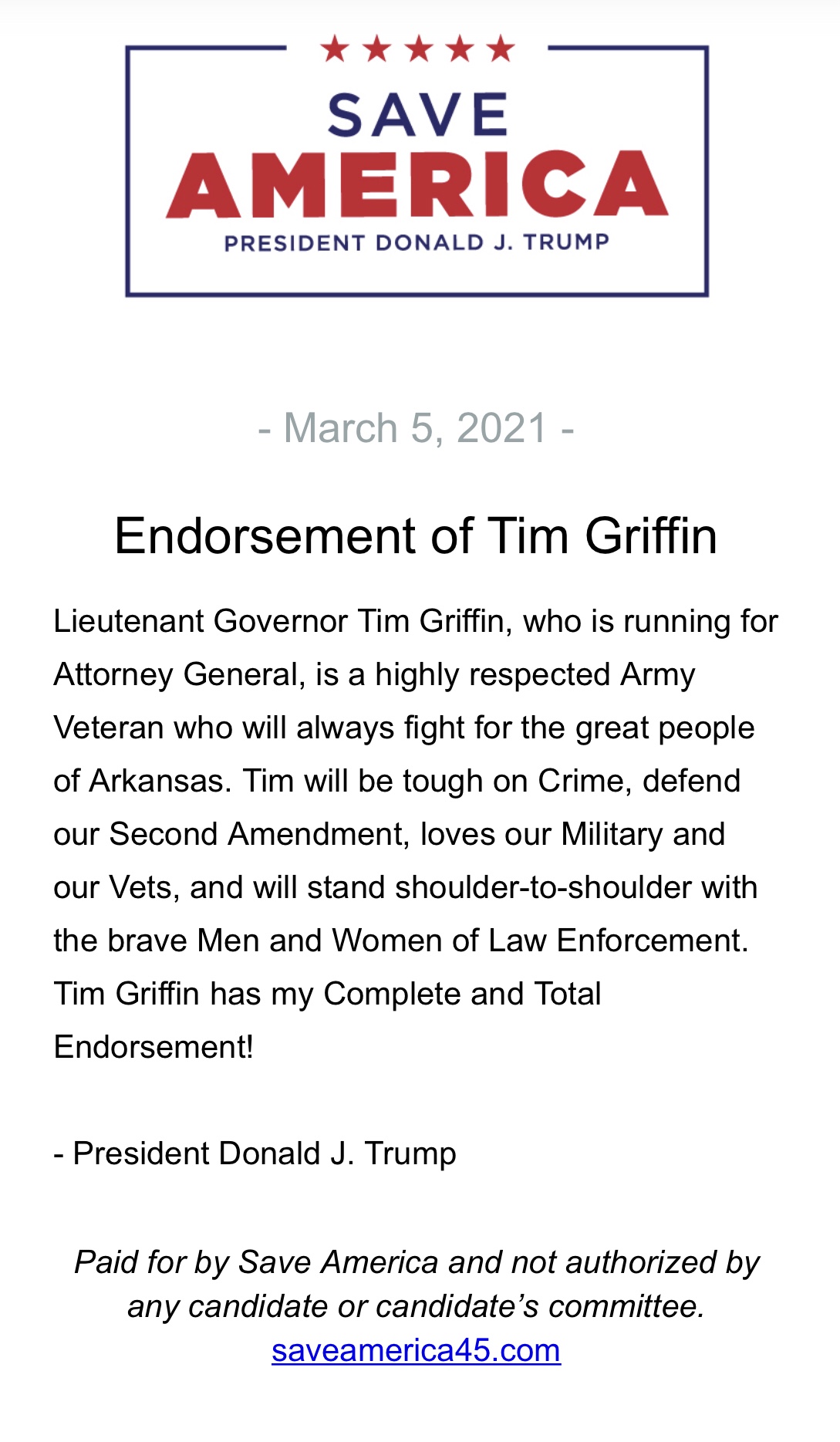 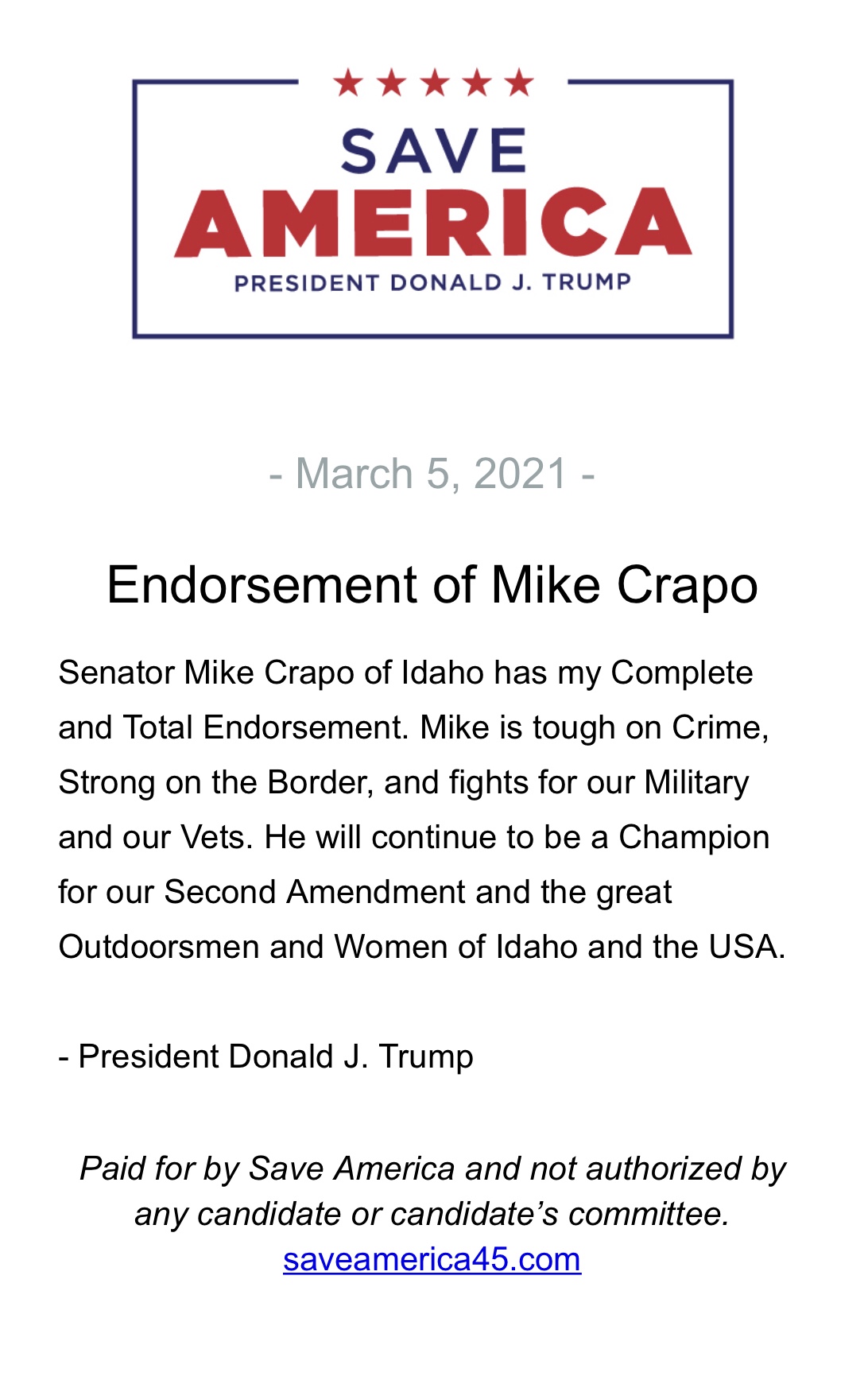 Trump: ‘A Major Motion Pertaining to the Fourth Amendment will Soon be Filed Concerning the Illegal Break-In of my Home, Mar-a-Lago, Right Before the Ever Important Mid-Term Elections’