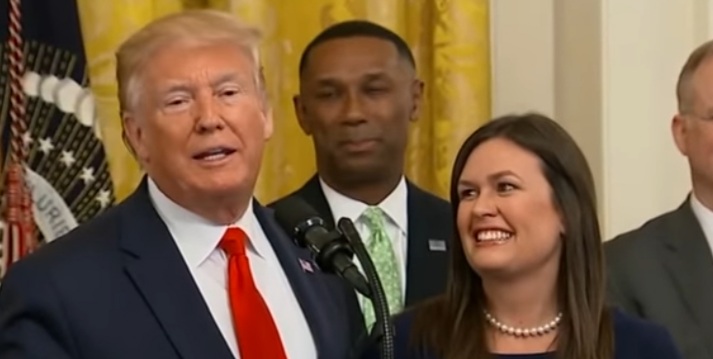 On Monday, Sanders announced she was running for the position that was once held by her father Mike Huckabee, who served for ten years as governor in the Natural State.

Trump’s statement was posted to Telegram and reads as follows:

Sarah Huckabee Sanders is a warrior who will always fight for the people of Arkansas amd do what is right, not what is politically correct. Sarah is strong on Borders, tough on Crime, and fully supports the Second Amendment and our great law enforcement officers.

She loves our Military and Veterans — and her home state of Arkansas. Sarah will be a GREAT Governor, and she has my Complete and Total Endorsement.

Trump’s endorsement of Sanders came just hours after his post-presidential office announced it’s formal opening, vowing to “forever be a champion of the American people.”

Join President Trump and click below to endorse my campaign. Thank you!https://t.co/aKYaVO0fSz pic.twitter.com/lvhIKJjz8u

Thank you President Trump for your endorsement and for always believing in me. As governor I will defend our freedom and lead with heart pic.twitter.com/QFtyuNpSm1

Sen. Rogers Issues A Warning Ahead Of The Virginia Governor’s Race: GOP “Better Not Let The Dems Go Into The Night…’Counting’ Votes Like They Did To Trump”