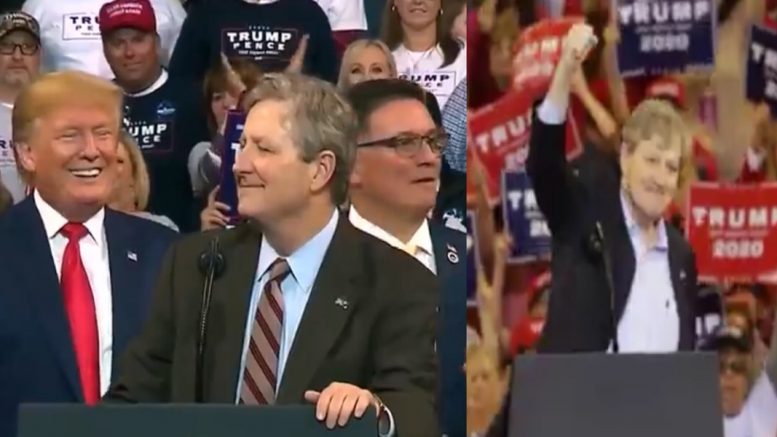 Former President Donald Trump announced in an email statement on Thursday his “complete and total endorsement” for Republican Senator John Kennedy of Louisiana. Kennedy voted “not guilty” in last month’s impeachment trial of the 45th President, which he was acquitted, and Kennedy has been an avid Trump supporter.

John Neely Kennedy is an American lawyer and politician who has served as the junior United States Senator from Louisiana since 2017. Kennedy previously served as the Louisiana State Treasurer from 2000 to 2017. He also oversaw local and state bond issues and returned millions of dollars in unclaimed property each year, according to his Senate website.

In a statement, President Donald J. Trump said, “John Kennedy of the Great State of Louisiana is a spectacular Senator and person.”

“He is a tireless advocate for the people of his State, and stands strongly with the forgotten men and women of our Country. Strong on Energy Independence, the Military, our great Vets and the Border, John has my Complete and Total Endorsement!” the president expressed.

Sen. Kennedy serves on the Appropriations, Banking, Housing and Urban Affairs, Budget, Judiciary and Small Business and Entrepreneurship committees in the U.S. Senate. He serves as the chairman of the Senate Appropriations Subcommittee on Financial Services and General Government. 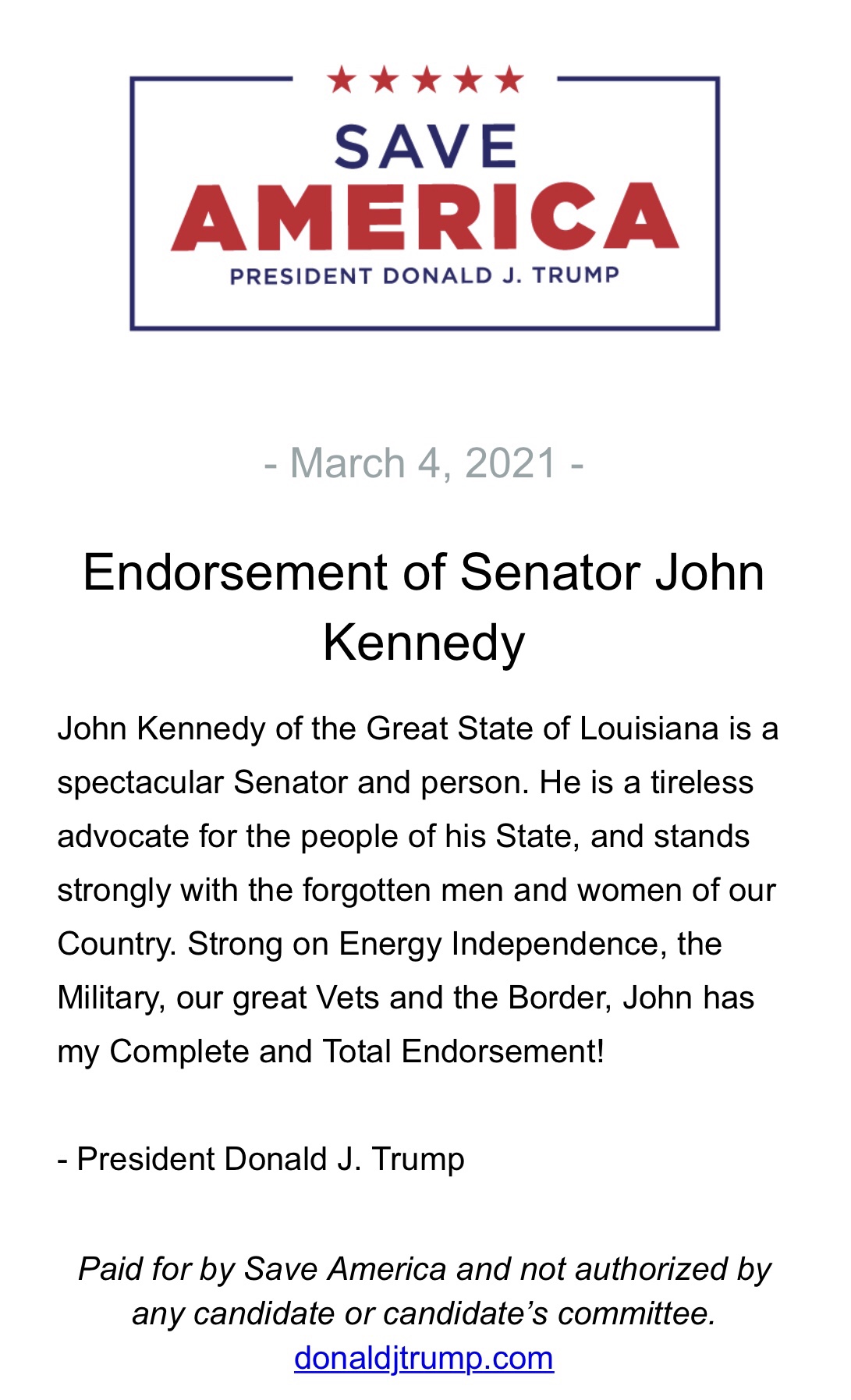 The 45th President has also recently endorsed, former campaign adviser Bob Paduchik in the race to be the next chair of the Ohio Republican Party, former White House press secretary and close ally Sarah Huckabee Sanders in her gubernatorial bid for Arkansas governor, Senator Tim Scott (R-SC), Senator Jerry Moran (R-KS), and Congressional candidate Max Miller, a former White House aide who is in the race against an incumbent Republican in Northeast Ohio.