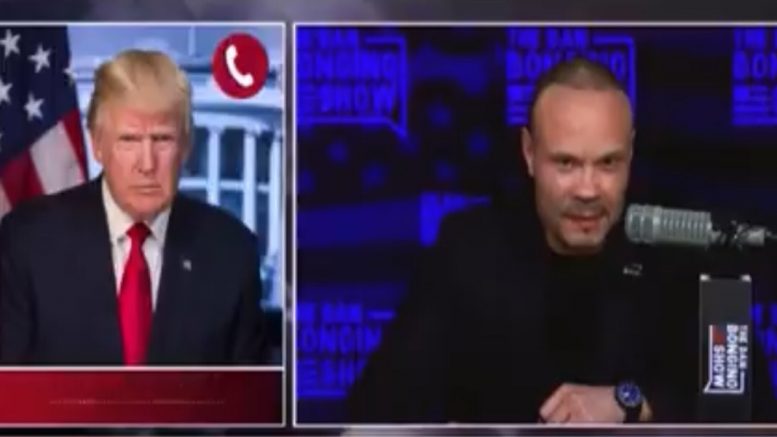 During a Wednesday interview on “The Dan Bongino Show”, former President Donald Trump indicated “the most appropriate time” he would enter the 2024 race if he decides to run.

“I know you probably hate hypotheticals, but let’s just say if you were to run again in 2024, sir– I have an idea, I just want to throw out to you, I’d love to get your opinion on it. Would you consider, if you were to run again, getting out really early, say after the midterm elections and you would be obviously the runaway favorite for the nomination?” Dan Bongino asked the 45th president.

“I can’t see anyone even daring to run against you, and maybe announcing a VP really early? Kind of split with the forces and get out there and maximize your presence?” Bongino wondered.

“If you do it, I think, probably, the most appropriate time would be right after the [2022] election. That’s my opinion,” Trump continued. “Could do it sooner, but I think right after the election would be good, especially if you have a good election. Now I’m not sure if you didn’t have a good election, I’m not sure that that wouldn’t be good also, you want to know the truth”.

Meanwhile, the 45th President is reportedly discussing the possibility of resuming his signature Make America Great Again rallies and may hold events to support candidates challenging Republicans who have criticized him, such as Sen. Lisa Murkowski (R-AK). Video Below

President Trump tells @dbongino he is giving the most serious consideration on a 2024 run for president.

“I Would Not Blow These Off!” Sen. Wendy Rogers Warns As AZ Senate Issues 2 New Subpoenas Over Forensic Audit