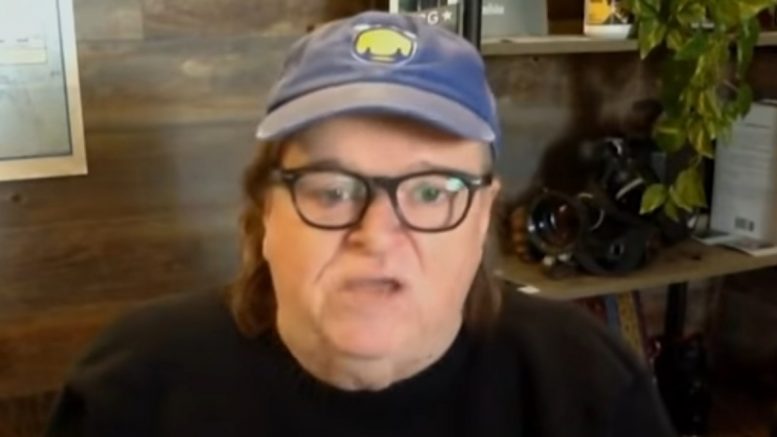 Liberal filmmaker Michael Moore had a bold message targeting the state of Texas on Wednesday in wake of Governor Greg Abbott’s decision to lift coronavirus restrictions in the Lone Star State.

Gov. Abbott announced on Tuesday that he would rescind restrictions on businesses to reopen Texas “at 100 percent,” and revoke the state’s mask mandate by the middle of next week.

In response, Michael Moore tweeted, “Texas – we hear you. You didn’t want to be part of our electrical grid. And now you’ve removed your mask mandate & are allowing large crowds to gather. We hear you! COVID is a hoax! So u don’t need our precious vaccine. We’ll send it to ppl who are saving lives by wearing masks.”

Texas – we hear you. You didn’t want to be part of our electrical grid. And now you’ve removed your mask mandate & are allowing large crowds to gather. We hear you! COVID is a hoax! So u don’t need our precious vaccine. We’ll send it to ppl who are saving lives by wearing masks.

Moore faced immediate backlash on all sides of the aisle to the point that he attempted to walk back his remarks about an hour later with the following three conjoining tweets.

2. Yes, we must and will find a way to vaccinate the poor and people of color in Texas. To Texans who say, hey, it’s not me – it’s the Governor! Well, then, impeach and remove him. We’re tired of this. Don’t mess with Texas? Happy to oblige.

3. Btw – Houston is the first city in the country to record the presence of ALL the new variants of the coronavirus. The rest of us must find a way to protect ourselves from the policies and politicians of Texas.

4. Texas is no longer majority white. The 57% majority is Latinx and Black and Asian and Native American. So let’s do everything we can to help that majority remove the bigots and ignoramuses from office. It’s killing them, and it’s killing us.

Moore’s attempt at damage control was too little, too late as his initial post had already gone viral.

Here are some of the most highly engaged reactions to Moore’s message to Texas:

Yeah, take that, all Texans!

This is stupid, pompous and arrogant. You don't write off an entire population of people. Such a broad generalization. It's not funny. It's not profound. It's just stupid and mean.

I’d agree except we can’t abandon the people when their leadership is to blame.

Superrrrrrr progressive of you, Michael. By your logic, this would make it Flint’s fault their water has lead cause they “voted for Snyder,” amirite.

Come on man I expect better from you. How would you feel if someone said this about Michigan? There's plenty of Republicans there too.

— cruise missile with pronouns written on it (@Lubchansky) March 3, 2021

Makes about as much sense as saying "Michigan – we hear you. You don't want clean water."

My family lives there, Michael. Like many millions of other Texans, they neither voted Republican nor agree with their agenda. There’s no monolithic Texas.

People deserve to be safe and healthy no matter who they voted for. Humanity isn’t a partisan value.

Gee, thanks! I'm one of the (admittedly few) Texans who has barely left my house for a year. I wear masks. I distance. I wash & sanitize. I'm TERRIFIED right now & likely won't be allowed to get a vaccine before MAY! Thanks for saying my life doesn't matter to you.

There are many of us who are really struggling under the lack of leadership in our state. Folks are dying and with this new deflection mandate from the gov, more will die. This comment is not helpful. Don’t become the people you oppose. #horseshit https://t.co/ZkoB7L8hEK

Texas is doing quite well actually. Our numbers and data are incredible.

VACCINES ARE NOT REWARDS FOR GOOD BEHAVIOR. VACCINES ARE FOR EVERYONE REGARDLESS OF WHO THEY VOTED FOR.

Quite a statement from someone who believes in Universal Healthcare.

There's no excuse for not understanding the concept that non-Republicans live in Red states. Regardless, we should care about people period. All the libs liking and sharing this tweet should be embarassed.

Liberals be like, "Black Lives Matter unless they live in a red state"

OK Michael, by your own logic then, obese people shouldn’t be allowed vaccines either.