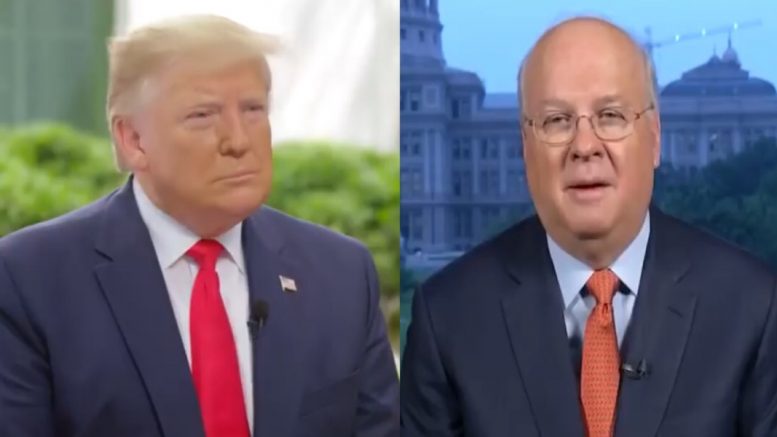 The 45th President issued a statement Friday via “From the Desk of the Donald J. Trump”, saying that “everyone is so tired of watching Karl Rove on Fox News”.

Rove served as a senior advisor and deputy chief of staff during the George W. Bush administration. Currently is a Fox News contributor, political consultant, policy advisor, and lobbyist.

Everyone is so tired of watching Karl Rove on Fox News. He has played the game for decades, but all he and his buddies want to do is take your money and run. He’s totally ineffective and does not represent the MAGA Movement in any way, shape, or form.

He called me on the evening of November 3rd, Election Night, to congratulate me on my “great win.” When it was revealed the election was rigged and stolen, he flew the coop.

Donate your money far more wisely at DonaldJTrump.com! Continued Below

It wasn’t immediately clear exactly what Trump was referring to in his statement, though Rove recently organized a donor retreat in Texas that drew appearances by several potential Republican presidential contenders. Trump’s name was not among those in attendance, The Hill reported.

In March, the former president recommended that Fox News “should get rid of Karl Rove and his ridiculous ‘whiteboard’ as soon as possible!”

Trump also dubbed him a “RINO” — a Republican in name only, and said he is a pompous fool with bad advice and always has an agenda”. Continued Below 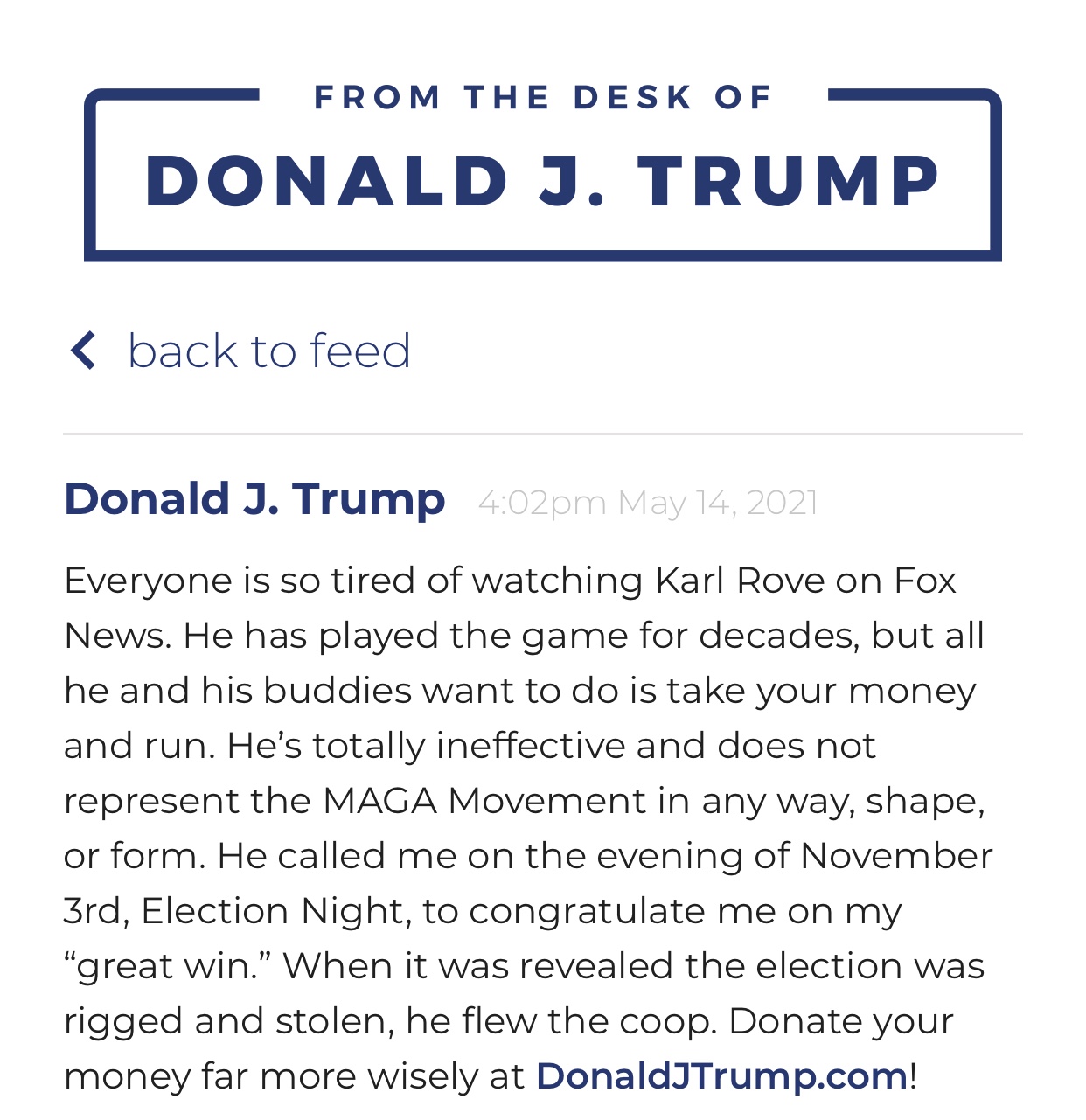 Mayor Wheeler Rejects Trump’s Offer To Help In Portland Amid Violent Unrest: “No Thanks… Stay Away”