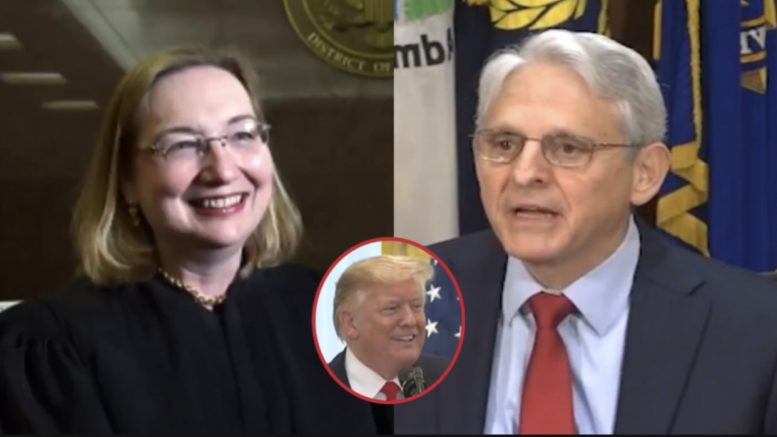 U.S. District Judge Beryl A. Howell for the District of Columbia turned away a Department of Justice request to hold the office of former President Donald Trump in contempt for not complying with a grand jury subpoena regarding the return of classified documents to the National Archives.

The federal judge made the ruling denying the DOJ’s request following a closed hearing in Washington Friday.

The FBI raided the 45th President’s home in August and allegedly found 103 classified documents that were supposed to be returned to the National Archives after Trump left office in January 2021.

Long before it professed no prior knowledge of the raid on Donald Trump’s estate, the Biden White House worked directly with the Justice Department and National Archives to instigate the criminal probe into alleged mishandling of documents, allowing the FBI to review evidence retrieved from Mar-a-Lago this spring and eliminating the 45th president’s claims to executive privilege, according to contemporaneous government documents reviewed by John Solomon at Just the News.

Trump had called the FBI raid of his Mar-a-Lago home “dark times for our nation”.

On October 6, 2020 the former president tweeted, “I have fully authorized the total Declassification of any & all documents pertaining to the single greatest political CRIME in  American History, the Russia Hoax. Likewise, the Hillary Clinton Email Scandal. No redactions!”

And in the final hours of the Trump presidency, the U.S. Justice Department raised privacy concerns to thwart the release of hundreds of pages of documents that Donald Trump had declassified to expose FBI abuses during the Russia collusion probe, and the agency then defied a subsequent order to release the materials after redactions were made, according to interviews and documents reviewed by Just the News.

Last month Attorney General Merrick Garland appointed special counsel Jack Smith to investigate Trump in relation to having the documents as well as his involvement in the protest at the U.S. Capitol on Jan. 6, 2021. The 45th President told Fox News he “won’t partake in it”, called it “the worst politicization of justice in our country”, and urged the Republican Party to “stand up and fight”.