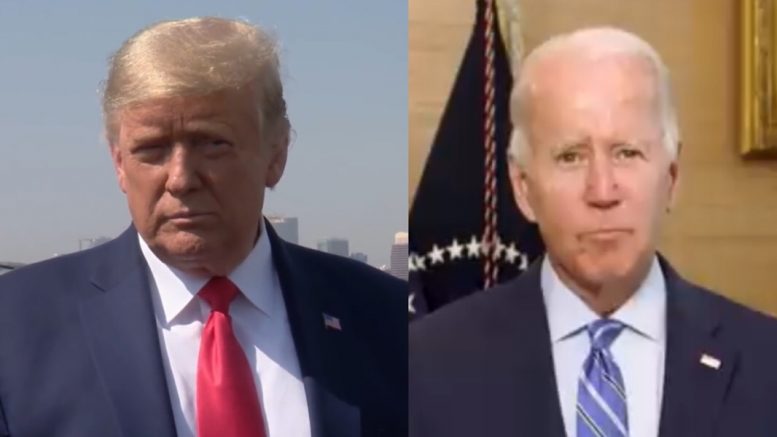 45th President Donald J. Trump issued a statement on Truth Social Tuesday calling out the Biden White House after they claimed they did not know in advance about the Mar-a-Lago raid.

“The president was not briefed, was not aware of it,” White House spokeswoman Karine Jean-Pierre told reporters earlier in the month, adding, “No one at the White House was given a heads-up”.

However, long before it professed no prior knowledge of the raid on Donald Trump’s estate, the Biden White House worked directly with the Justice Department and National Archives to instigate the criminal probe into alleged mishandling of documents, allowing the FBI to review evidence retrieved from Mar-a-Lago this spring and eliminating the 45th president’s claims to executive privilege, according to contemporaneous government documents reviewed by John Solomon at Just the News.

President Trump reacted in a statement, calling it a “political NO, NO!”

“The White House stated strongly that they were NOT INVOLVED, and knew absolutely nothing about, the political Witch Hunt going on with me, & that they didn’t know anything at all about the Break-In of Mar-a-Lago. This was strongly reiterated again & again. WRONG!” Trump wrote on Truth Social Tuesday.

“Remember, these are the people who spied on my campaign, denied it, & got caught. Through the great reporting of John Solomon (Fake Pulitzer Prize?), documents reveal they knew everything, in fact led the charge – a political NO, NO!” he said.

Just the News' @jsolomonReports: Contrary to their public assurances, documents prove "the Biden White House is at the ignition point of this investigation" into Trump's handling of classified docs. pic.twitter.com/4Qu1OGJ45L

BREAKING: White House Lied About Involvement in the FBI's Raid of Mar-a-Lago!

BREAKING NEWS: @jsolomonreports
has proof the White House lied about involvement in the FBI's raid of Mar-a-Lago! pic.twitter.com/4Vxv1kYw4l