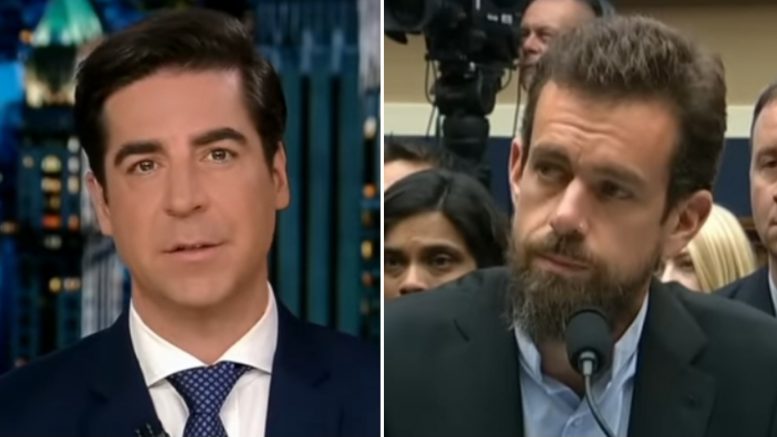 “We all know a liar when we see one,” declared Jesse Watters in reaction to evidence indicating that former Twitter CEO Jack Dorsey censored individuals and entities based on their political affiliation and ideology despite saying otherwise when testifying to Congress under oath.

Bari Weiss of The Free Press “dropped new Twitter documents proving the company censored conservatives,” Watters reported. “People like Dan Bongino, Charlie Kirk, Libs of TikTok and even a Stanford doctor who said lockdowns would hurt children were secretly shadowbanned on Twitter. Their posts were being purged, secretly censored. Many conservatives were straight-up being banned.”

Related Article: Rep. Comer: Every Employee at Twitter Involved in Suppressing Hunter Biden Laptop Story will Have an Opportunity to Explain Their Actions

“Turns out [Jack Dorsey) lied under oath, lied to Congress — which is supposed to be a crime– and he lied to you,” Watters said after rolling clips of the former Twitter CEO repeatedly testifying that his company did not censor or shadowban conservatives and prominent Republicans.

Pat Sajack Releases a Statement After Contestants Endure ‘Online Ridicule’: ‘It’s Okay to Laugh at the Situation–but Have a Little Heart’