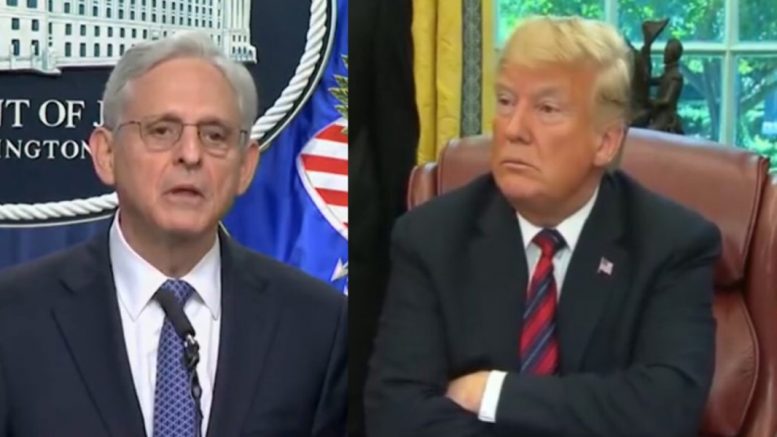 45th President Donald Trump said he is “not going to partake” after Attorney General Merrick Garland appointed former Justice Department official Jack Smith as special counsel on Friday to investigate alleged classified documents Trump took with him to Mar-a-Lago and over whether he obstructed the federal government’s investigation into the matter.

Smith is also tasked with overseeing the investigation into whether Trump or other officials and entities interfered with the peaceful transfer of power following the 2020 presidential election, including the certification of the Electoral College vote on Jan. 6, 2021.

“Based on recent developments, including Trump’s announcement that he is a candidate for president in the next election, and the current president’s intention to be a candidate in the next election, I have concluded it is in the public interest to appoint a special counsel,” Garland said one day after the House Republicans announced they will be investigating Joe Biden.

President Donald Trump fired back at Garland’s move, telling Fox News he “won’t partake in it”, called it “the worst politicization of justice in our country,”, and urged the Republican Party to “stand up and fight”.

I have been proven innocent for six years on everything — from fake impeachments to [former special counsel Robert] Mueller who found no collusion, and now I have to do it more? It is not acceptable. It is so unfair. It is so political.

I have never heard of such a thing. They found nothing. I announce and then they appoint a special prosecutor. They found nothing, and now they take some guy who hates Trump. This is a disgrace and only happening because I am leading in every poll in both parties.

It is not even believable that they’re allowed to do this. This is the worst politicization of justice in our country.