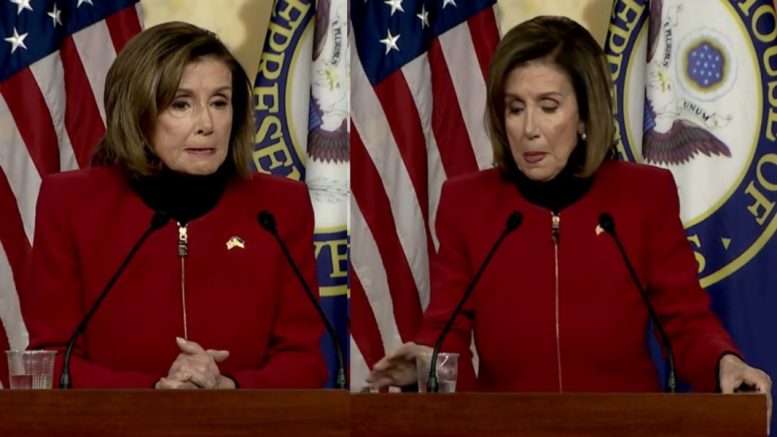 House Speaker Nancy Pelosi appeared to vent her frustration Thursday at a reporter when the California Democrat was pressed over whether she would “commit to serving” her “full two-year term for the people of San Francisco”.

The question came during what may be Pelosi’s last press conference as Speaker as she gets ready to leave Democratic leadership in the next Congress.

“What is this? What is this? Don’t bother me with a question like that,” Pelosi vented. “Really, really, Okay. I said what I’m gonna do. You know, those kinds of questions are such a waste of my time”.

"Will you commit to serving your full two-year term for the people of San Francisco?"

NANCY PELOSI: "What is this? What is this? Don't bother me with a question like that. Really. Really, ok? I said what I'm gonna do. Those kind of questions are such a waste of my time." pic.twitter.com/cINT3MWdQD

Last month, Pelosi announced in a floor speech that she will remain in Congress but not seek to be re-elected as Democratic leader after Republicans gained the majority in the chamber during the midterm elections, despite her prediction in October that Democrats would “hold the House by winning more seats”, as previously reported by The Freedom Times.

She will be succeeded as Democratic leader by Rep. Hakeem Jeffries of New York. Pelosi’s decision to continue serving after relinquishing her leadership role is unusual, Yahoo News reported.