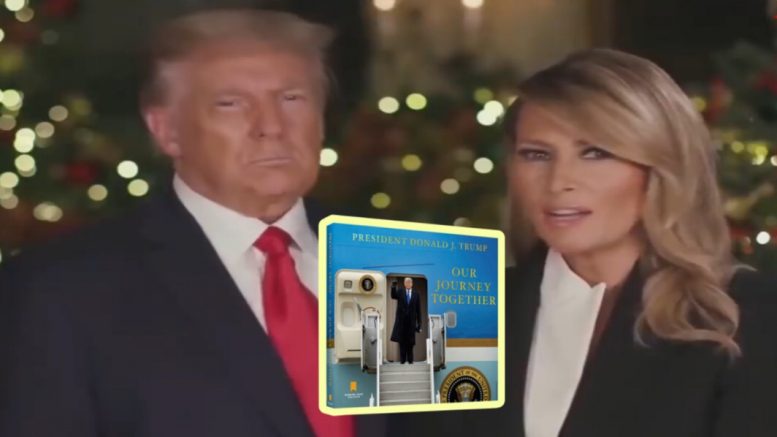 45th President Donald J. Trump has announced that he is releasing his first post-White House book titled Our Journey Together. The book, which will be released before Christmas, is a photo book filled with 300 images and captions, that are hand-picked and handwritten by the 45th Commander in Chief.

Our Journey Together is printed in America and is a compilation of images that capture key moments in his administration. The book is set to be released on December 7th and is currently available for pre-order.

“Today I am thrilled to announce I will be publishing a wonderful book in time for Christmas! Our Journey Together is a collection of beautiful photos captured during our very successful time in the White House,” 45th President Donald Trump said in an email statement.

“From center stage to behind-the-scenes—this is a must-have for all Patriots. Every photograph has been handpicked by me and every caption is mine, some in my own handwriting,” he said.

“These proud accomplishments stand in stark contrast to the destruction of our Country taking place right now,” Trump said. Continued Below

The 45th President called the book a “fantastic keepsake” which “chronicles the greatness of the last four years with powerful images unlike anything else that has been published. It would make a fantastic Christmas present.”

“Our Journey would not have been possible without Patriots all across America, where this book has proudly been printed! The MAGA message is being heard—bigger and better than ever before. Remember, our journey isn’t over—the best is yet to come!” he expressed.

“Our Journey Together is now available for preorder at 45BOOKS.COM, and books will start shipping in early December,” Trump added in his statement. Continued Below

According to 45books.com, a standard copy of 45th President Trump’s book costs $74.99, while a signed copy of the book is $229.99. It is published by Winning Team Publishing, which was formed by Donald Trump Jr., and top adviser Sergio Gor.

The website also details a sneak peak of some of the photos inside of Our Journey Together. 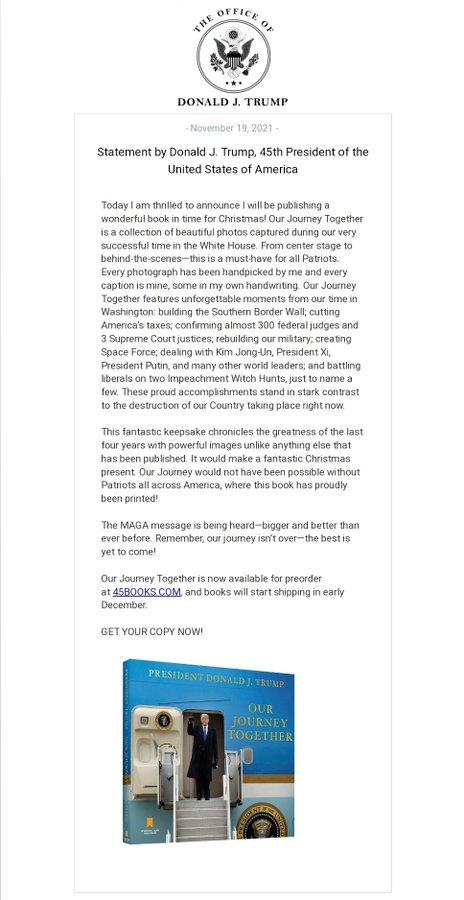