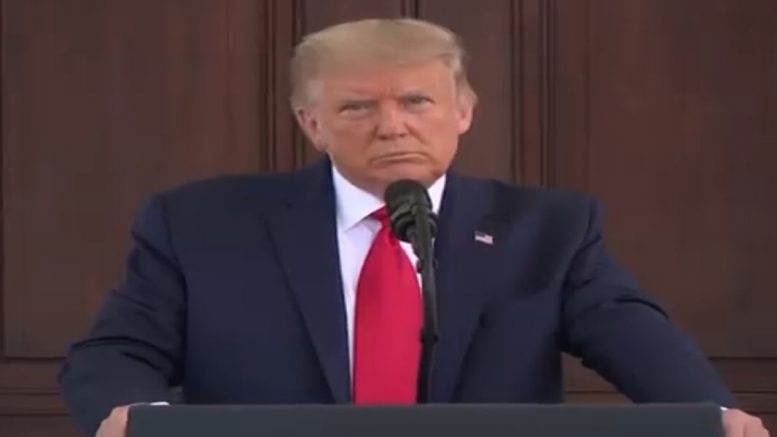 45th President Donald J. Trump issued a statement via email from his “Save America” PAC on Wednesday, asking, “What country will be the primary beneficiary from a ‘Billionaires Tax,’ or Wealth Tax?” Trump also wondered, “Where will wealthy people and companies move to, leaving the United States high and dry?”

His statement comes after career politician Joe Biden claimed his $3.5 trillion “social infrastructure” bill will cost “zero”, and Treasury Secretary Janet Yellen describes Democrats’ latest brainstorm for raising revenues — a tax only on 700 of America’s wealthiest people — as not a wealth tax, as noted by Liz Peek at The Hill.

House Speaker Nancy Pelosi (D-CA) told CNN on Sunday: “We will probably have a wealth tax”, however, minutes later, on the same show, Janet Yellen contradicted Pelosi, claiming that, “it’s not a wealth tax, but a tax on unrealized capital gains of exceptionally wealthy individuals.”

This means stock gains will be taxed even when they have not been sold.

It also means that taxes will be owed when the value of a home appreciates, even though it has not been sold. pic.twitter.com/H4ObEgZURe

In an email statement on Wednesday, the 45th President asked, “What country will be the primary beneficiary from a ‘Billionaires Tax,’ or Wealth Tax? Where will wealthy people and companies move to, leaving the United States high and dry?”

“Most don’t need to be in the U.S. anyway. I know all of those very smartly run countries, and they are all thrilled by what the Radical Left maniacs are doing in Congress,” he said.

“I just wonder, will I be allowed to run for president again if I move to another country? No, I guess I’ll just stick it out, but most others won’t!” Trump expressed. Continued Below 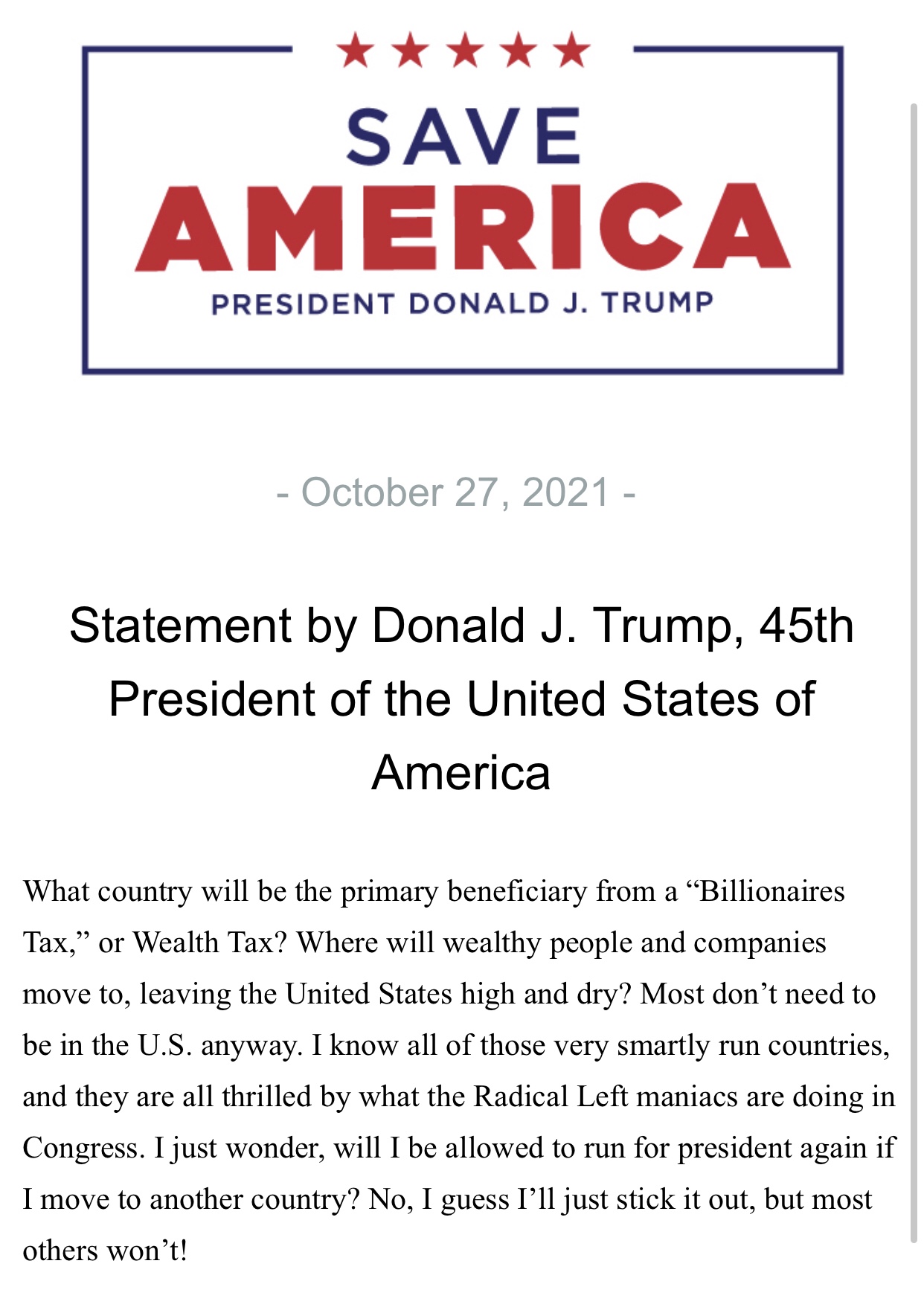