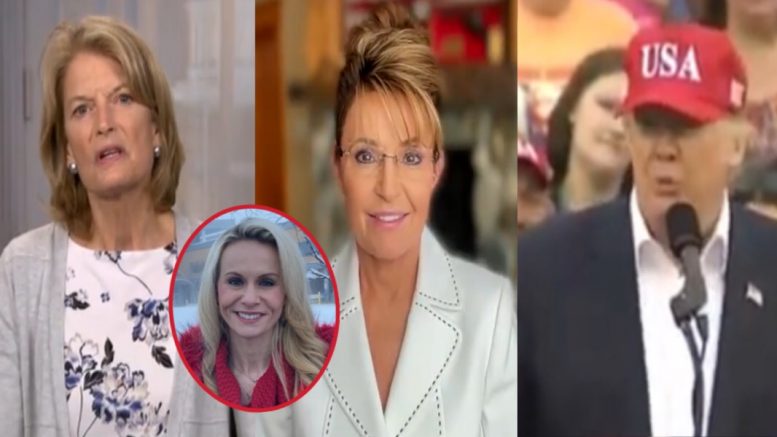 45th President Donald J. Trump issued an email statement — via his “Save America” PAC on Wednesday — to announce that he will be holding a rally in Anchorage, Alaska, on Saturday, July 9, 2022, at 4:00PM ADT.

The rally will be held at the Alaska Airlines Center on the campus of the University of Alaska Anchorage; 3550 Providence Dr. Anchorage, AK 99508.

Trump announced his “Complete and Total Endorsement” for Kelly Tshibaka of Alaska for Senate last June, saying she is “the candidate who can beat Murkowski — and she will”, and previously said that he will travel to Alaska to campaign against Senator Lisa Murkowski if she decides to seek reelection in the the Last Frontier.

Tshibaka launched her challenge to unseat Sen. Lisa Murkowski last March, saying in part, “It is time we had a U.S. senator who represents Alaska to Washington, D.C., rather than one who represents D.C. insiders to Alaska”, as previously reported by The Freedom Times.

Sara Palin, former governor of Alaska, announced in April her intent to run for Congress to fill the House seat held by the late Rep. Don Young. Palin advanced to the general election in Alaska’s special House race earlier in the month.

Palin’s bid to reenter national politics comes more than a decade after she joined the defeated 2008 ticket with then-candidate John McCain in his race against Barack Obama. She’s taken a long break from political life but has frequently appeared on Fox News and NewsMax, Politico reported.

Trump endorsed Palin after she announced she would run for Congress, saying in part in an email statement, “Sarah shocked many when she endorsed me very early in 2016, and we won big. Now, it’s my turn!”

Tshibaka today issued the following statement, in part, regarding the announcement:

“It will be a great honor to welcome President Trump to Alaska for what will be the greatest attended political event in our state’s history. When President Trump endorsed me last summer, we planned this incredible rally, and now it’s just weeks away. With the backing of President Trump and the Republican Party of Alaska, our campaign is reaching new heights as we work toward victory in November.”