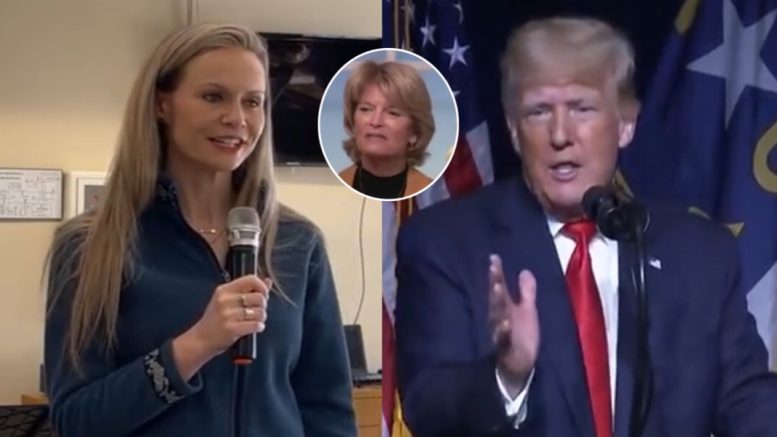 The 45th President issued a statement Friday via email from his “Save America” PAC, announcing his “Complete and Total Endorsement” for Kelly Tshibaka of Alaska for Senate.

Tshibaka launched her challenge to unseat Sen. Lisa Murkowski in March, saying in part, “It is time we had a U.S. senator who represents Alaska to Washington, D.C., rather than one who represents D.C. insiders to Alaska”, as previously reported by The Freedom Times.

“Lisa Murkowski is bad for Alaska. Her vote to confirm Biden’s Interior Secretary was a vote to kill long sought for, and approved, ANWR, and Alaska jobs. Murkowski has got to go!” former President Donald Trump expressed in Friday statement.

Earlier in the month, the 45th Commander in Chief issued a statement, slamming Senator Lisa Murkowski (R-AK) because she “has cost the great people of Alaska billions and billions of dollars by voting for Radical Left Biden appointees”.

Murkowski voted to confirm the Interior Department led by Secretary Deb Haaland, who suspended the Coastal Plain Oil and Gas Leasing Program in the ANWR “pending completion of a comprehensive analysis under the National Environmental Policy Act (NEPA)”. Continued Below

“Kelly Tshibaka is the candidate who can beat Murkowski—and she will. Kelly is a fighter who stands for Alaska values and America First. She is MAGA all the way, pro-energy, strong on the Border, tough on Crime and totally supports our Military and our great Vets,” Trump said in his statement.

“Kelly is a powerful supporter of the Second Amendment and JOBS! I look forward to campaigning in Alaska for Kelly Tshibaka. She has my Complete and Total Endorsement!” he announced.

President Trump has previously said that he will travel to Alaska to campaign against Senator Lisa Murkowski if she decides to seek reelection in the the Last Frontier. Continued Below

“I will not be endorsing, under any circumstances, the failed candidate from the great State of Alaska, Lisa Murkowski. She represents her state badly and her country even worse. I do not know where other people will be next year, but I know where I will be — in Alaska campaigning against a disloyal and very bad Senator,” he said in a statement in March to The Hill.

In a pair of tweets last summer, President Trump had already expressed his intention to campaign against Murkowski, writing in part, “Few people know where they’ll be in two years from now, but I do, in the Great State of Alaska (which I love) campaigning against Senator Lisa Murkowski. … Get any candidate ready, good or bad, I don’t care, I’m endorsing. If you have a pulse, I’m with you!” 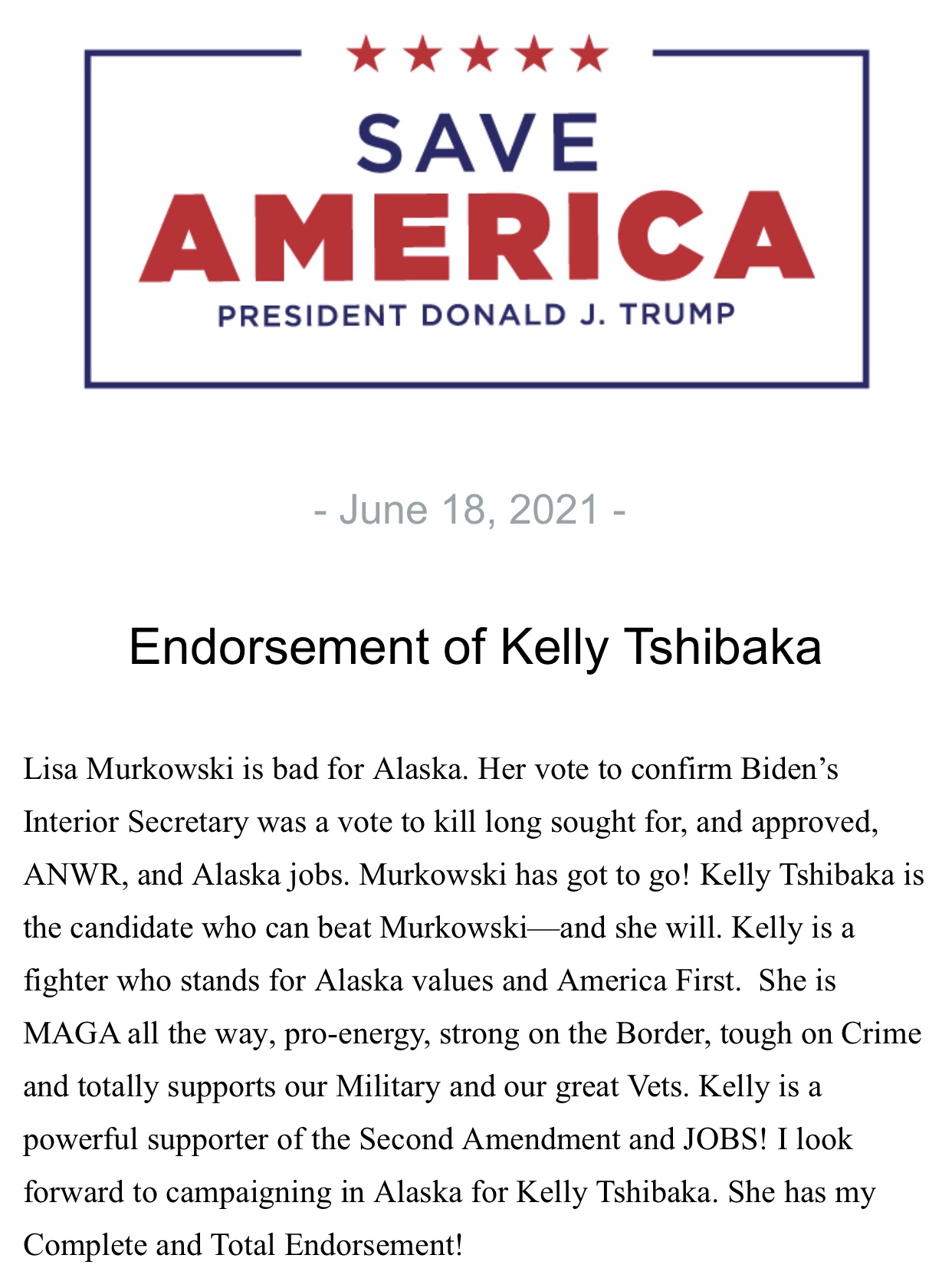