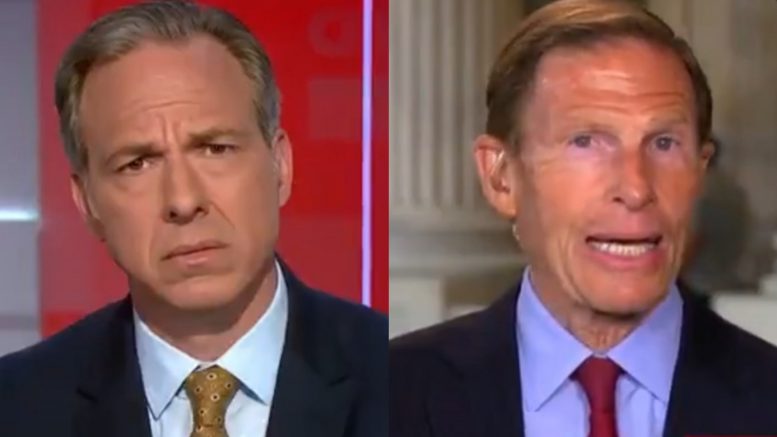 Sen. Richard Blumenthal had a rough time trying to defend himself when being grilled over why he wants the filibuster to be abolished in the senate when he is on record of supporting it in the past.

CNN’s Jake Tapper held Blumenthal’s feet to the fire in regards to his apparent hypocritical stance, after the senator implied that the filibuster is necessary to prevent billionaires from controlling politics.

In response, Blumenthal complained that while Democrats hold a thin majority, filibuster rules require 60 votes advance some bills to the next phase of being passed.

“That’s why a lot of us, including many of our leaders believe we should tremendously modify. the filibuster. I am in favor of abolishing it,” Sen. Blumenthal said.

“Senator, haven’t you voted in favor of filibustering Republican legislation — not allowing them to even proceed to a discussion and amendment process and debate on a bill?” Tapper asked. Video Below

Democrat Senator Richard Blumenthal is called out on filibuster hypocrisy: “you’ve used it too” pic.twitter.com/H3ALL8W35w