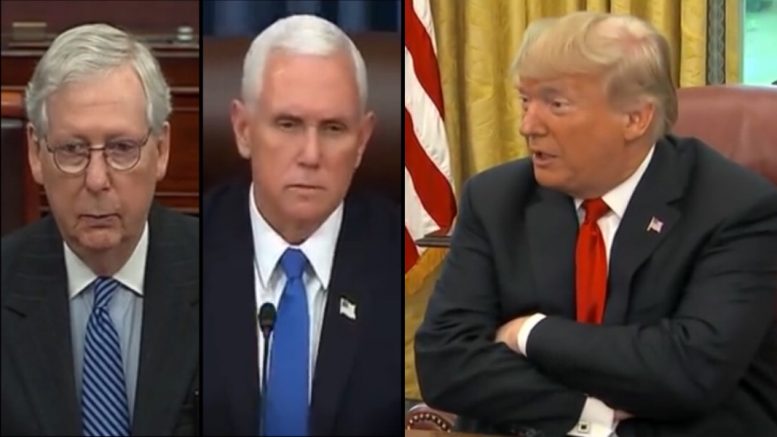 The 45th President issued two statements Saturday regarding the November 2020 general election via email from his “Save America” PAC, slamming Senate Minority Leader Mitch McConnell (R-KY) as a “weak and pathetic leader”. He also suggested former Vice President Mike Pence lacked the “courage” to “send the Electoral College vote back to states for recertification”.

Former President Trump’s remarks come as the Arizona Senate is currently conducting a forensic audit after Maricopa County Superior Court Judge Timothy Thomason ruled in February that the Arizona lawmakers can obtain access to 2.1 million ballots and election equipment from the Grand Canyon State’s most populous county, giving the green light to audit results of the November 2020 election.

In his first statement the 45th President expressed: As our Country is being destroyed, both inside and out, the Presidential Election of 2020 will go down as THE CRIME OF THE CENTURY!”

In a second statement, Trump said:

Wall Street Journal has reported (they finally got something right), that 2020 was the “Worst Presidential Poll Miss in 40 Years.” The public opinion surveys ahead of the 2020 Presidential Election were the most inaccurate ever, according to a major polling panel. This was done purposely. The polls were a joke.

I won States in a landslide that I was predicted to lose days before the election. Other states had me purposely so far down that it would force people, even fans, to say “Let’s stay home Darling. We love our President, but he can’t win.” And then I would win those states or at least come very close. Continued Below

In one state that I actually won, but the results were rigged, ABC and the Washington Post had me down by 17 points. Even the rigged final result was extremely close. It’s called SUPPRESSION POLLING and it should be illegal. These are crooked, disgusting, and very dishonest media outlets and they know exactly what they are doing.

The 2020 Presidential Election was, by far, the greatest Election Fraud in the history of our Country. The good news is, the American people get it and the truth is rapidly coming out!

Had Mike Pence had the courage to send the Electoral College vote back to states for recertification, and had Mitch McConnell fought for us instead of being the weak and pathetic leader he is, we would right now have a Republican President who would be VETOING the horrific Socialistic Bills that are rapidly going through Congress, including Open Borders, High Taxes, Massive Regulations, and so much else! Continued Below 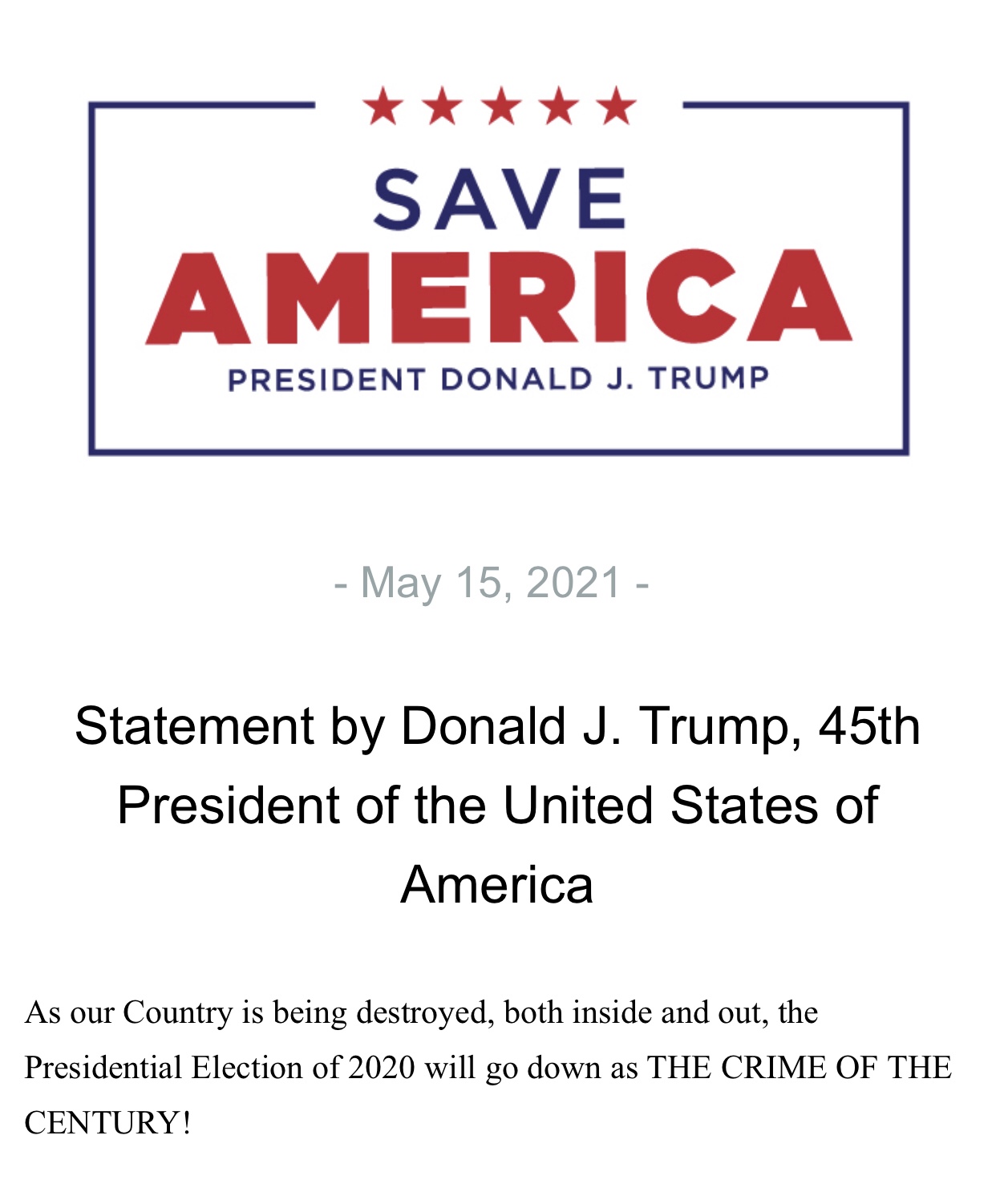 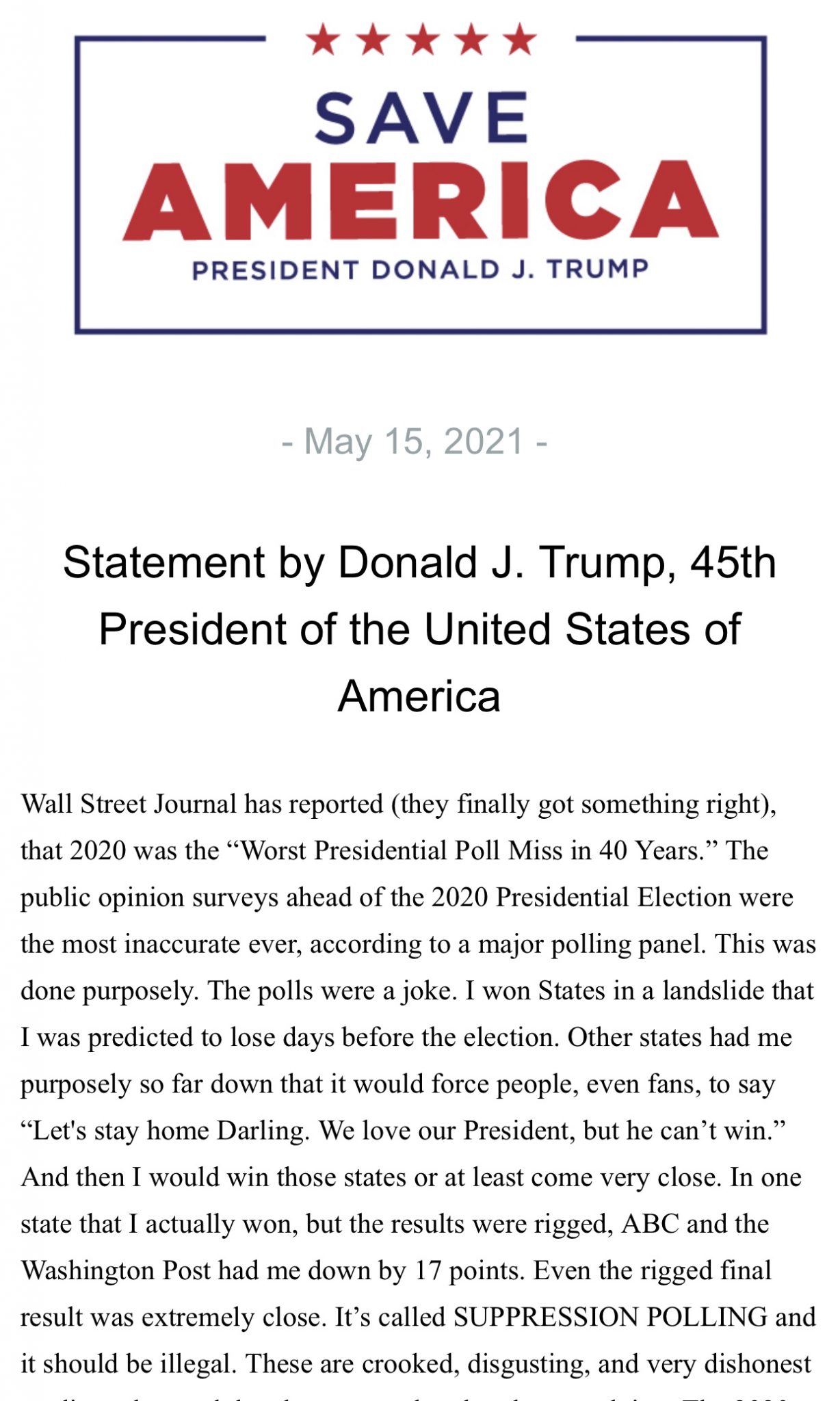 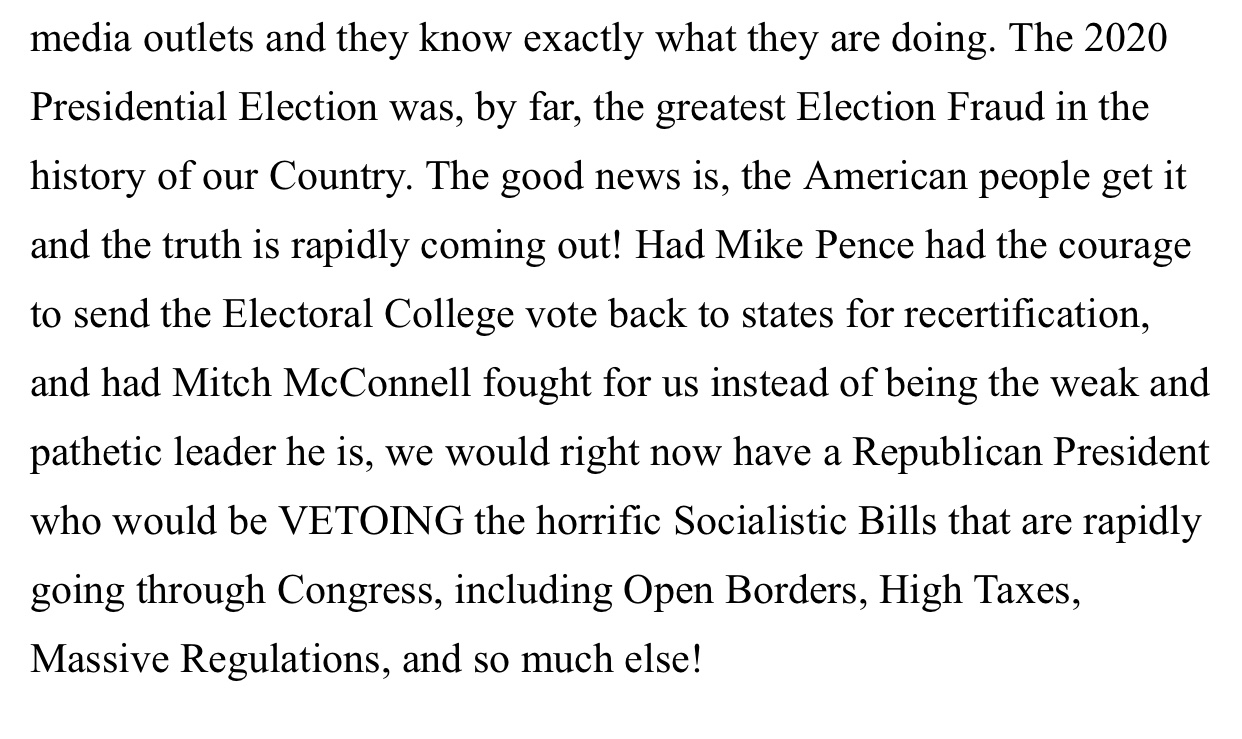