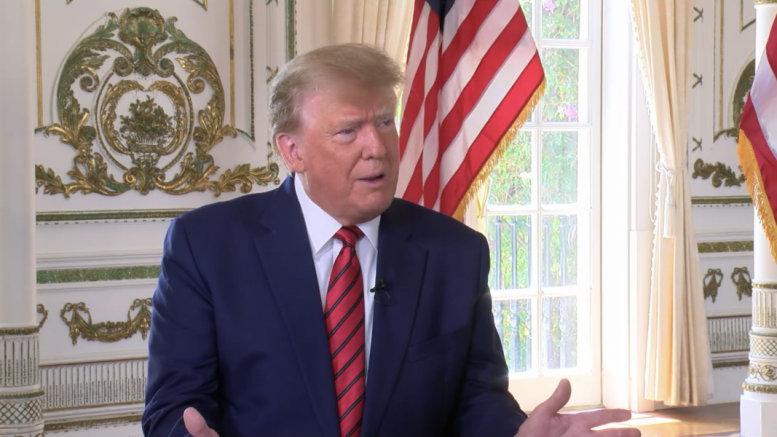 45th President Donald J. Trump reacted on his social media platform Truth Social Tuesday evening after it was reported that two Secret Service agents revealed that they are prepared to testify before Congress that then-President Trump did not lunge at a steering wheel or assault them in an attempt to go to the Capitol during the January 6 protest. [Emphasis added].

The allegations were made on Tuesday by Cassidy Hutchinson, a former aide to Trump White House chief of staff Mark Meadows.

Cassidy Hutchinson testifies that she was told that as then-President Donald Trump was being driven back to the White House after the Jan. 6 rally that he demanded to be taken to the Capitol and tried to grab the steering wheel from a Secret Service agent. https://t.co/JefVhEsY0b pic.twitter.com/uUyQcnSlLG

In response, the 45th President wrote on Truth Social, “The woman, who was a BIG Trump fan long AFTER January 6th (if her Fake Stories were true, why would she want to be?), was let go and not wanted in Florida, so she made up phony and completely outrageous stories, the craziest of which has already been proven to be a complete lie.”

“The Secret Service said, according to the Media, it wasn’t true. Wow! She has now lost all credibility, just like the partisan Witch Hunt perpetuated by the Unselect Committee of political hacks. MAGA!” he said.

Trump also wrote: “The New York Times and Washington Post failed to even mention that today’s Unselect witness lost all credibility when she got caught in a ridiculous lie. Our Country has lost all confidence in the media and our elections. Sad!”

“The lies and fabricated stories being told to the partisan Highly Unselect Committee, not only by the phony social climber who got caught yesterday, but by many others, are a disgrace to our, in serious decline, Nation. No cross examination, no real Republicans, no lawyers, NO NOTHING. Fake stories and an all Fake Narrative being produced, with ZERO pushback allowed. Unselects should be forced to disband. WITCH HUNT!” the 45th President further expressed Wednesday morning.

🚨 A source close to the Secret Service tells me both Bobby Engel, the lead agent, and the presidential limousine/SUV driver are prepared to testify under oath that neither man was assaulted and that Mr. Trump never lunged for the steering wheel. 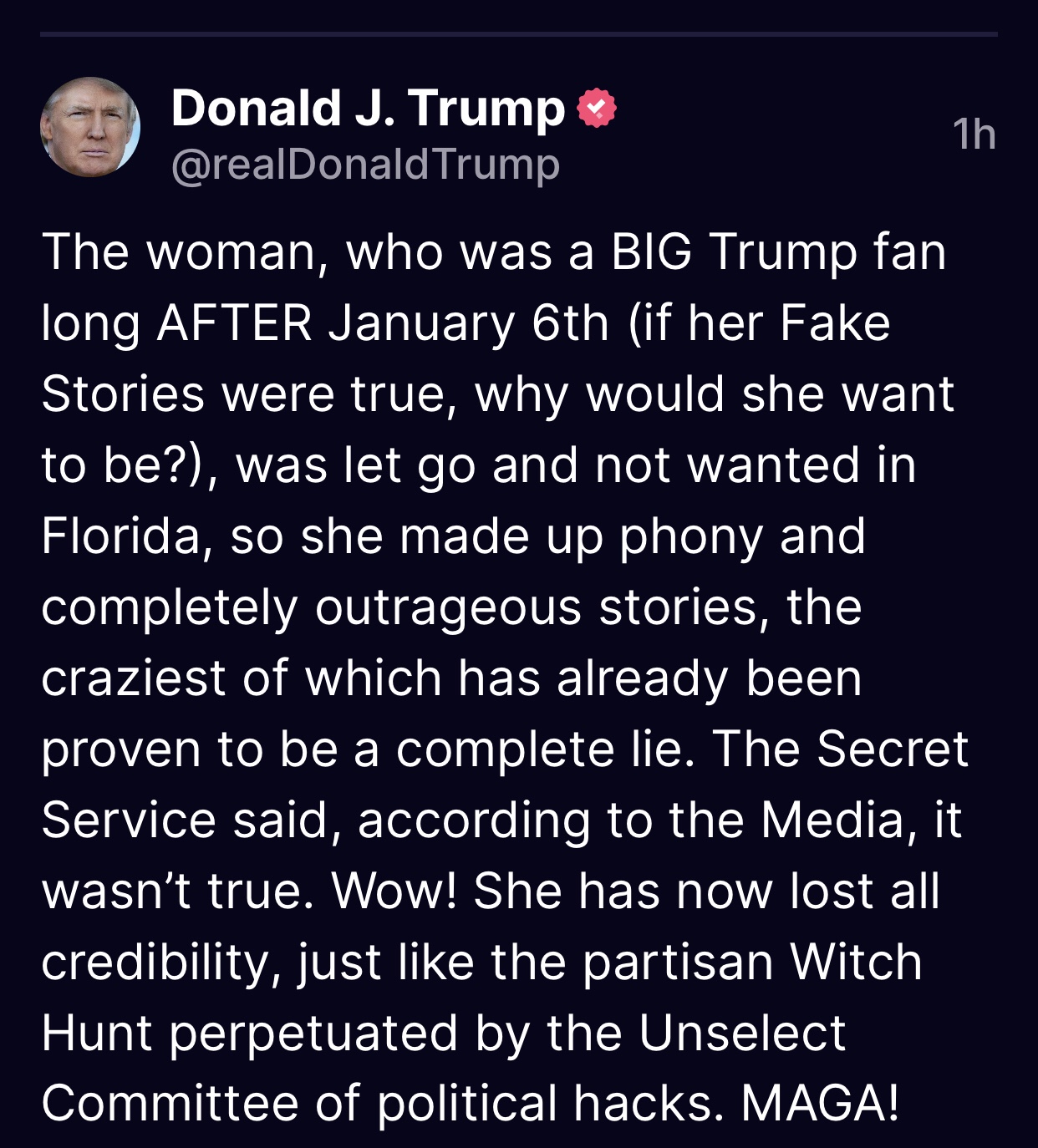 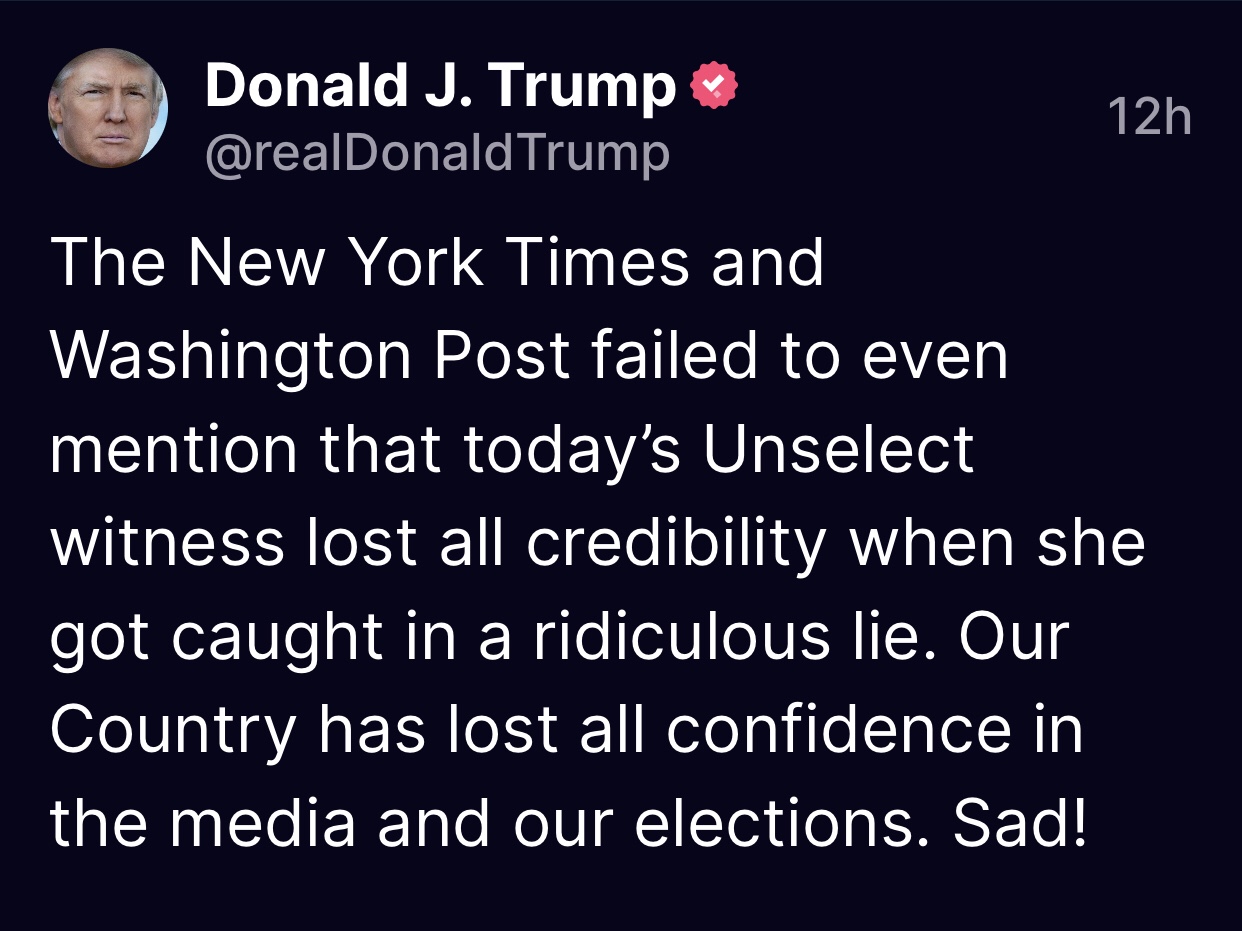 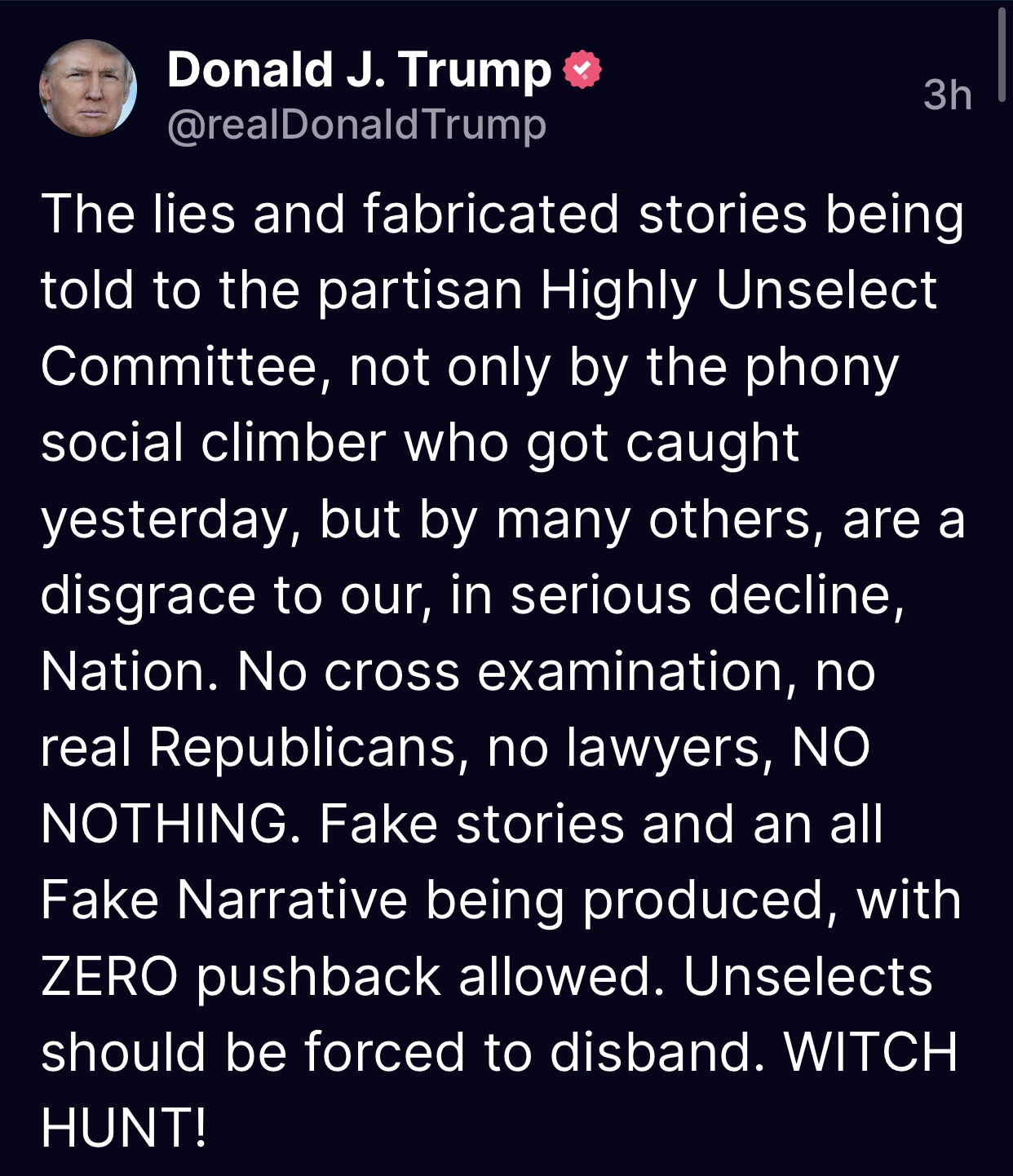