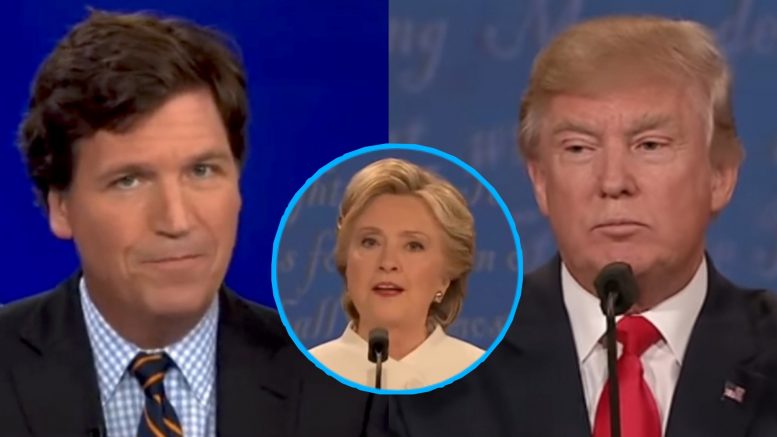 Fox News host Tucker Carlson declared “Trump was right” while reacting to a February 11 filing from Special Counsel John Durham that indicates lawyers for the Clinton campaign paid a technology company to “infiltrate” servers belonging to Trump Tower, and later the White House, in order to establish an “inference” and “narrative” to bring to government agencies linking Donald Trump to Russia.

Tucker read part of Durham’s filing, which states that computer scientist Rodney Joffe, who was tied to Hilllary Clinton’s campaign, intercepted internet traffic — that is emails and presumably text messages from “Trump Tower, Donald Trump’s Central Park West apartment building, and the Executive Office of the President of the United States.”

Related Article: Grenell: ‘There Is No Possible Way That You Can Be Spying & Monitoring Computers At The White House, Unless You Have The Help Of The U.S. Government’

“In other words, Trump was right,” proclaimed Tucker.

“This isn’t a conspiracy theory. His claims were true. Democrats were spying on Donald Trump — not as just a candidate, but as President of the United States in the White House as well as his own home.”

“So has anything like this ever happened in American history?” he questioned. “Not that we know of.” Video Below

Trump was right! They were spying on him as a candidate and as president. pic.twitter.com/f68hPvXfpm

There was never any evidence Russia hacked the DNC. There’s more evidence that it was done by DNC staffer that supported Bernie Sanders. #HisNameIsSethRich pic.twitter.com/xcn9jTeNkW