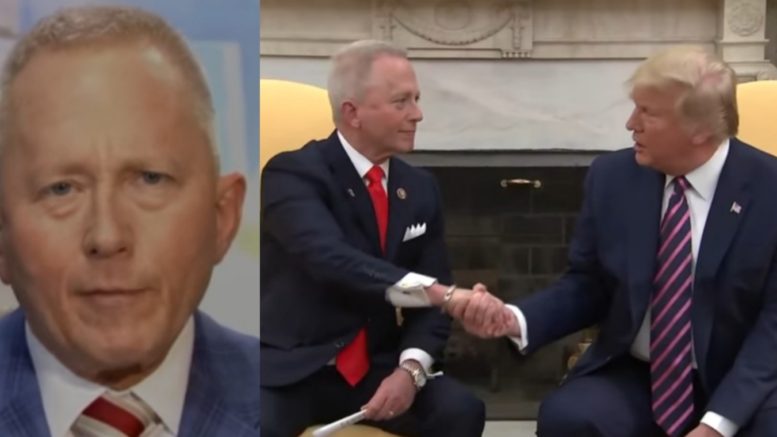 Congressman Jeff Van Drew appeared with Fox News Host Maria Bartiromo in what was his first interview since parting ways with the Democratic party to become a Republican.

Van Drew made the move following Wednesday’s impeachment vote, where he was one of two Democrats who voted to oppose both articles of impeachment.

When asked by Bartiromo what caused him to leave the majority party in the House, Van Drew disclosed the “final sign” behind his bold decision.

“Well, the final point and the final sign — there has been all along, you know, where the party is moving further and further to the left where there is discussions of it being a socialist party and I am a proud capitalist,” Van Drew said.

“I believe in hard work” he added. “I believe that we can give people opportunity, but also when they get that opportunity, have to work hard to achieve success. You can’t give them success.”

Van Drew said that he still could’ve run and he could’ve fought it out, but it made him think, “For all the years that I’ve worked so hard and tried to give so much — not only to the party, but to everybody — the things that we’ve done, and I won’t go into, but many of the infrastructure projects and helping people and all of the services that we tried to give people in our offices. And it all boils down to one vote that I may have my own individual opinion on one vote, and that’s not gonna be allowed? I’m gonna be punished for that? And that’s when I knew.”

“I had been thinking about it for a while and I said…I was speaking to my chief of staff about this…and I said to her…’There’s always been in my career and over time something that happens that lets you know that it is time to make a change.’ And this was it,” Van Drew declared. Video Below