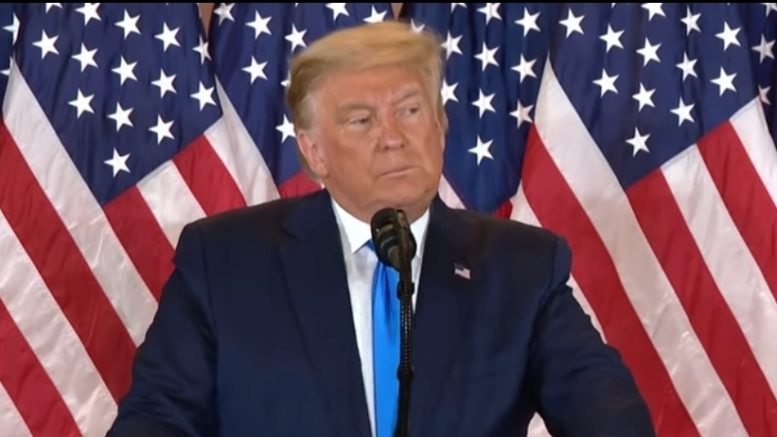 “This was a rigged election,” 45th President Trump said during an interview with Jim Hoft of The Gateway Pundit on Friday.

“They used Covid and they used the mail-in ballots to rig the election. We won the election by a lot and they rigged it. And it’s a terrible thing,” he added.

“I do believe they are going to decertify this election,” Trump declared.

The former president went on to cite bombshell findings from a grassroots canvassing effort led by Liz Harris, which indicate 299,493 votes cast in Arizona’s 2020 election were either lost, ghost or inaccurate votes.

“Hundreds of thousands of votes. And I lost at a very close number, but we were way up ahead. Remember that?” Trump said. “Remember when Fox announced Arizona? So, it sounds like Fox must have known something because we were way ahead and all of a sudden, they announced we were going to lose it. So somebody is going to have to ask Fox whether or not they knew something.” Video Below