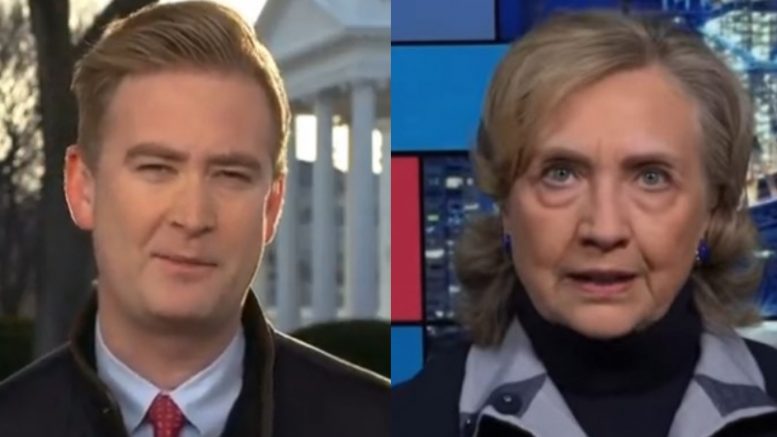 A February 11 filing from Durham that indicates lawyers for the Clinton campaign paid a technology company to “infiltrate” servers belonging to Trump Tower, and later the White House, in order to establish an “inference” and “narrative” to bring to government agencies linking Donald Trump to Russia.

Meanwhile, the mainstream media, except for Fox New, has been silent on the pending scandal. However, Doocy signaled to his colleagues on Monday that he has a feeling this bombshell revelation will likely stick around for a while.

Please don’t RT and share this, as it’s information some folks want to keep on the QT…pic.twitter.com/mvQKkHldA6

O’Reilly Reveals Trump’s Primary Strategy Behind Attacking ‘The Squad’: Trump Knows This Will ‘Raise A Lot Of Money For Him’