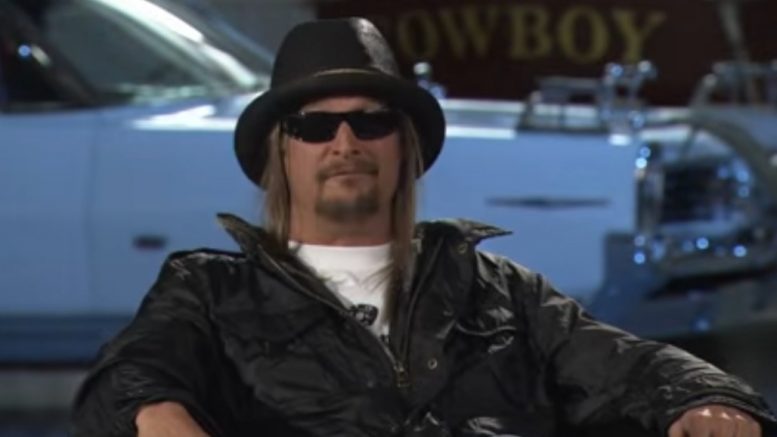 “Let’s Go Brandon” soared into a trending national catch-phrase after an NBC reporter went into damage-control mode as “F**k Joe Biden” chants erupted on live TV as NASCAR driver Brandon Brown was being interviewed.  The reporter, however, suggested the fans were yelling “Let’s Go Brandon!” which obviously wasn’t the case.

According to The Hill:

“We the people in all we do reserve the right to scream, ‘F— you!” [Kid Rock] shouts in the song “We the People,” released Monday.

The chorus of the song repeats the phrase, “Let’s go, Brandon,” which became a rallying cry of sorts among some conservative and GOP groups last year when an NBC Sports reporter said the crowd at a NASCAR race was chanting those words in support of driver Brandon Brown. The fans were actually chanting “F— Joe Biden.”

Other lyrics in the song include “COVID’s near. It’s coming to town. We gotta act quick, shut our borders down. Joe Biden does, the media embraces. Big Don does it, and they call him racist.”  Video Below