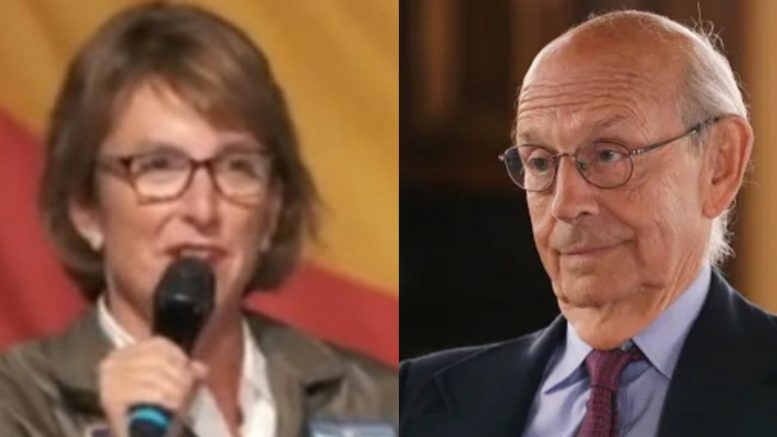 During the 2020 campaign, Biden pledged that he would nominate the first black woman Supreme Court justice.

Schumer on Wednesday issued a statement saying that Breyer will step down from the Supreme Court at the end of the court’s term in the summer of this year. He also said that Biden’s nominee “will receive a prompt hearing in the Senate Judiciary Committee, and will be considered and confirmed by the full United States Senate with all deliberate speed.”

President Biden’s Supreme Court nominee will receive a prompt hearing in the Senate Judiciary Committee and be considered and confirmed by the full United States Senate with all deliberate speed. pic.twitter.com/mUT8GSUHzi

Meanwhile, Arizona State Senator Wendy Rogers (R) reacted to the news of Breyer reportedly retiring and called for the Senate to “filibuster, stall, delay” until 2024.

The US Senate needs to filibuster, stall, delay and hold Biden’s Supreme Court pick until 2024.

Similarly, other high-profile voices on Twitter chimed in with their thoughts over Breyer’s reported retirement.

Jack Posobiec speculated Breyer’s retirement “means Dems know they are losing the Senate” in the midterms this November.

President of Judicial Watch Tom Fitton said, “I can’t imagine why Senate Republicans would agree to move on Biden’s replacement for Breyer” until after the midterms.

I can't imagine why Senate Republicans would agree to move on Biden's replacement for Breyer until after the November elections.

Stephen Breyer is not the retirement we’ve been waiting for.

She added, “We need the Senate to stand strong for the Constitution!”

Joe Biden will try to appoint a radical leftist.

We need the Senate to stand strong for the Constitution!

Axios claimed that Senate Democrats will have “enough time to shape the midterms”:

Biden on Wednesday, however, told reporters, “There’s been no announcement from Justice Breyer. Let him make whatever statement he’s going to make and I’ll be happy to talk about it later.”

"We should clarify, we have not heard from Justice Breyer directly…" pic.twitter.com/6SHTqtkvsk

(Related: Justice Stephen Breyer Warns Dems Over ‘Packing’ SCOTUS: “I Hope & Expect That The Court Will Retain Its Authority”)