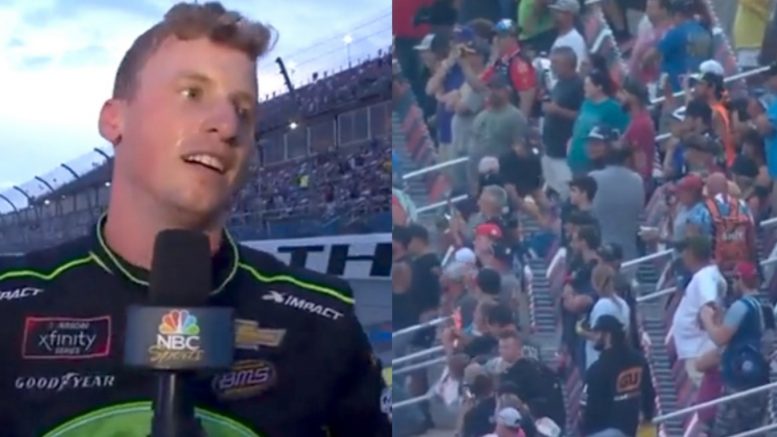 An NBC reporter made an attempt at damage control on Saturday as “F**k Joe Biden!” chants erupted on live TV at a NASCAR event.

The drama unfolded as Brandon Brown was getting interviewed on NBC after becoming the second NASCAR driver to earn his first national series victory Saturday with a win in the Xfinity Series race at Talladega Superspeedway.

Spectators could be heard chanting “F**k Joe Biden!” loud and clear in the background.

The reporter, however, suggested the fans were yelling “Let’s Go, Brandon!” which obviously wasn’t the case.