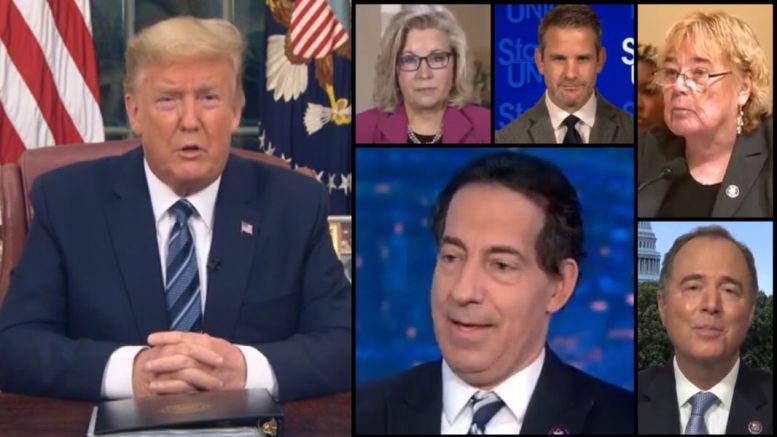 45th President Donald J. Trump issued a statement via email from his “Save America” PAC on Tuesday regarding the January 6 select committee; a panel of nine lawmakers: seven Democrats and two Republicans all appointed by House Speaker Nancy Pelosi (D-CA).

The Democrat House Speaker later said she would appoint Rep. Adam Kinzinger (R-IL), a Republican Trump critic, to serve on the select committee instead. She announced Wyoming Republican Rep. Liz Cheney’s appointment [in July]. Putting the two Republicans on the panel allows Pelosi to tout any findings as bipartisan. There are no Trump supporters on the committee, as previously reported by The Freedom Times.

Both Cheney and Kinzinger voted for Trump’s impeachment following the January 6 protest. Meanwhile, Cheney was voted out of her No. 3 leadership role in the party and replaced by Rep. Elise Stefanik (R-NY) in May.

“They were unable to make a deal with Kevin McCarthy to put real Republicans on the Committee, so they got stuck with low-polling warmonger Liz Cheney and Cryin’ Adam Kinzinger who have no idea what our Party stands for. Cheney is polling in the low 20’s in Wyoming, the State she doesn’t represent,” he pointed out. Continued Below

“The Unselect Committee is composed of absolute political hacks who want to destroy the Republican Party and are decimating America itself. I am the only thing in their way. MAKE AMERICA GREAT AGAIN!” 45 expressed.

On Monday, the 45th President sued the House select committee, who is allegedly investigating the January 6th Capitol protest after it subpoenaed former Trump advisors and demanded White House documents from the National Archives, as previously reported by The Freedom Times. 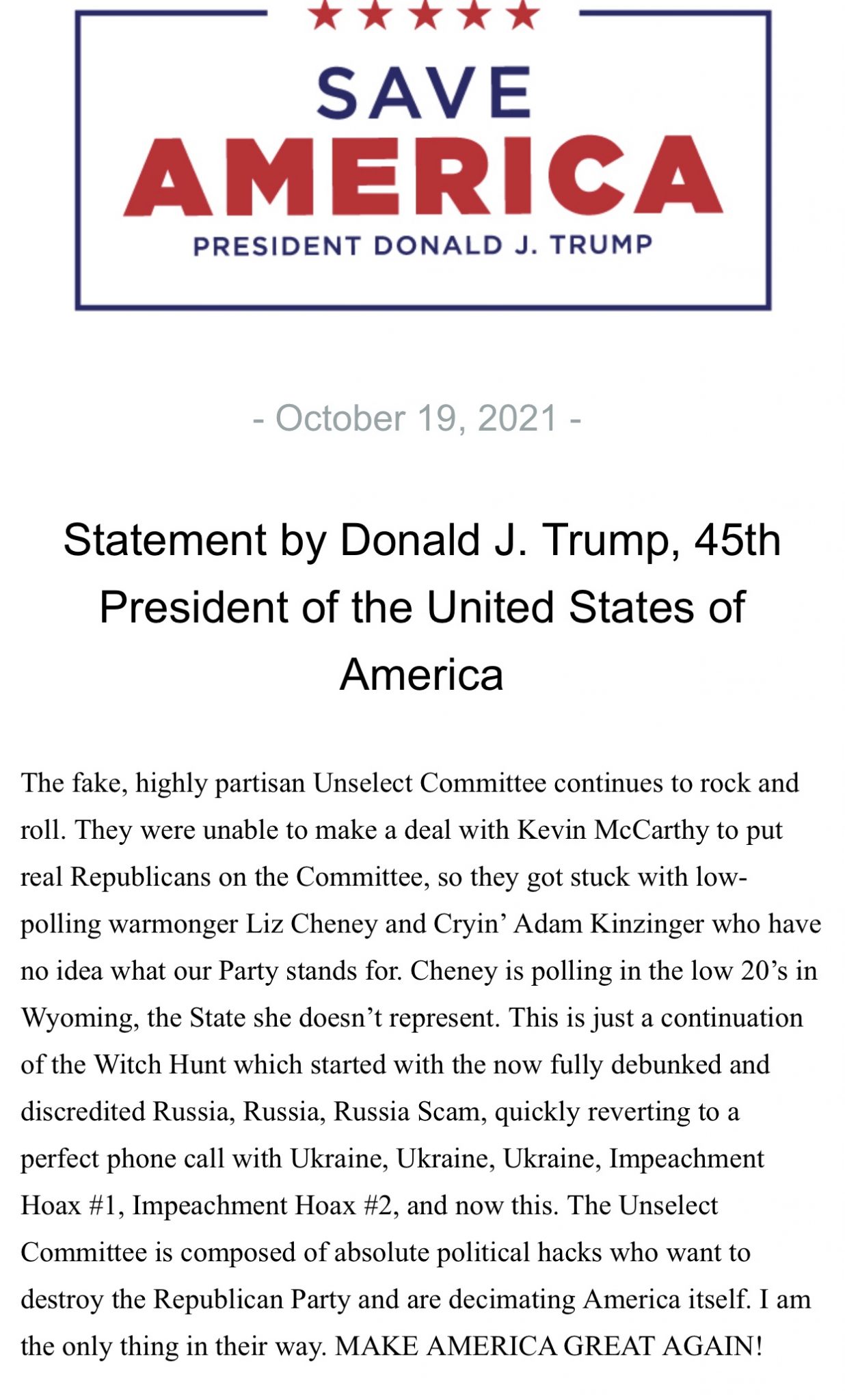 Herschel Walker Posts A Cryptic Video Message: “What You Hear There Is Hope- I’m Getting Ready”