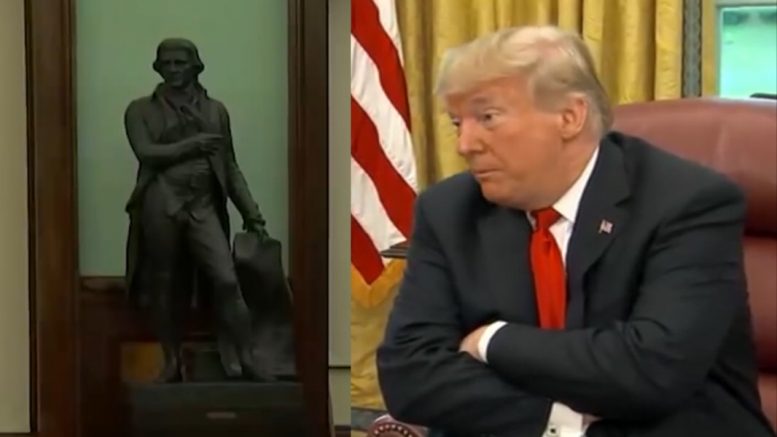 45th President Donald J. Trump issued a statement via email from his “Save America” PAC on Tuesday regarding a city panel in New York who has voted to remove a Thomas Jefferson statue at City Hall.

The 7-foot statue has been at City Hall since 1834. For the last 20 years there’s been an effort to get it removed, an effort led by Assemblymen Charles Barron and his wife, Councilwoman Inez Barron, CBS New York reported.

“When we remove this statue, we’re making a step in the right direction for erasing honoring of those who murdered and raped us,” Charles Barron said.

“We’re not being revisionist. We’re not waging a war on history. We’re saying that we want to make sure that the total story is told,” Inez Barron added.

The Public Design Commission listened to arguments for three hours before deciding to remove the statue from the Council chambers. But where to put it, well, that is still up for debate. Continued Below

In a statement on Tuesday, 45th President Donald Trump wrote, “Well, it’s finally happened. The late, great Thomas Jefferson, one of our most important Founding Fathers, and a principal writer of the Constitution of the United States, is being ‘evicted’ from the magnificent New York City Council Chamber.”

“Who would have thought this would ever be possible (I did, and called it long ago!). Next up, Benjamin Franklin, Abraham Lincoln and, of course, George Washington,” he said.

“The Radical Left has gone crazy, and it’s hurting our Country badly—But someday soon, sane people will be back, and our Country will be respected again!” Trump predicted. Video Below

The NYC Public Design Commission has voted to remove the Thomas Jefferson statue from inside Council Chambers before the end of the year and will continue debate during that time on where it’ll ultimately be relocated. 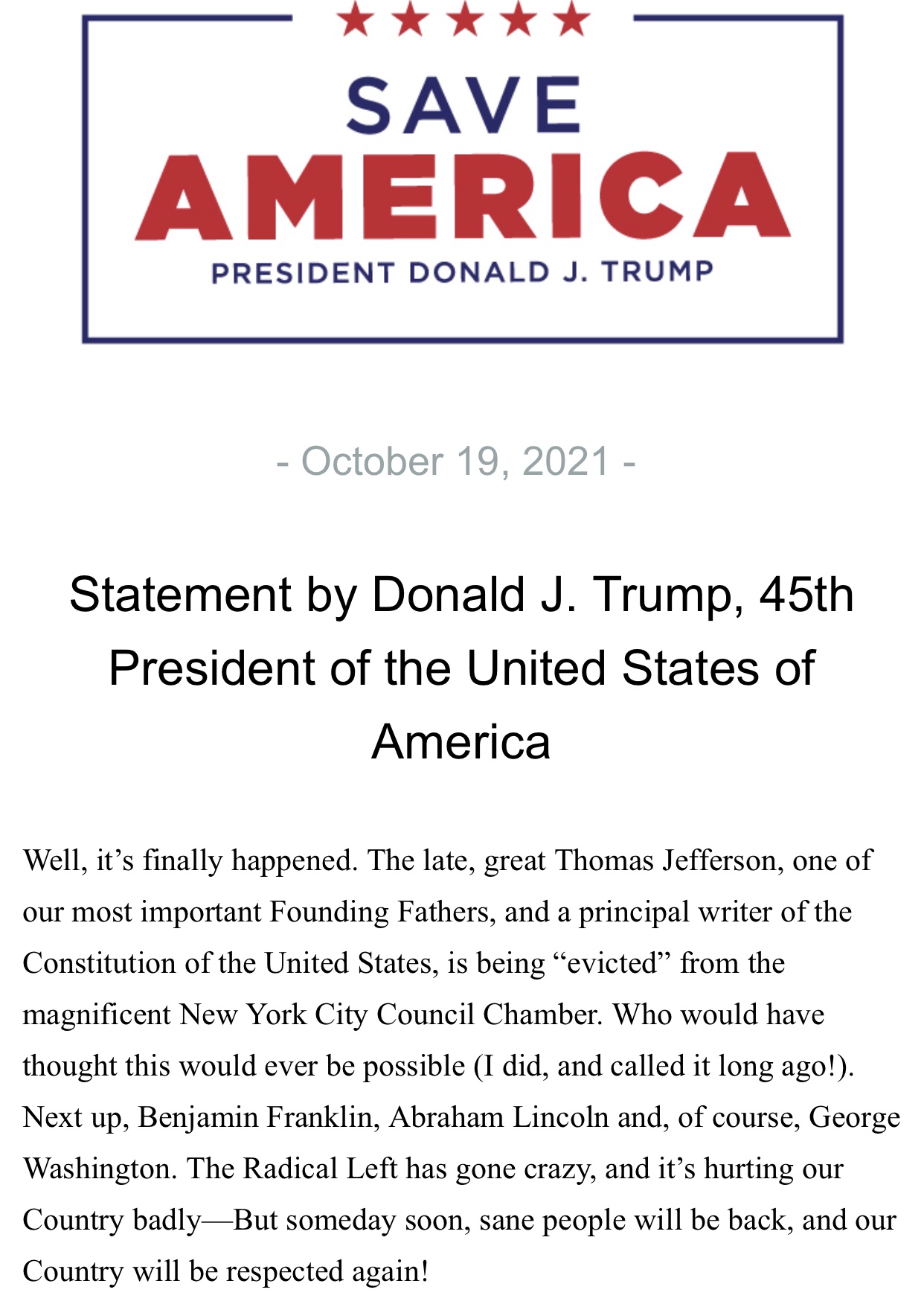 (Related: Trump Releases A Statement As Statue Of Robert E. Lee Is Removed In Richmond, VA)