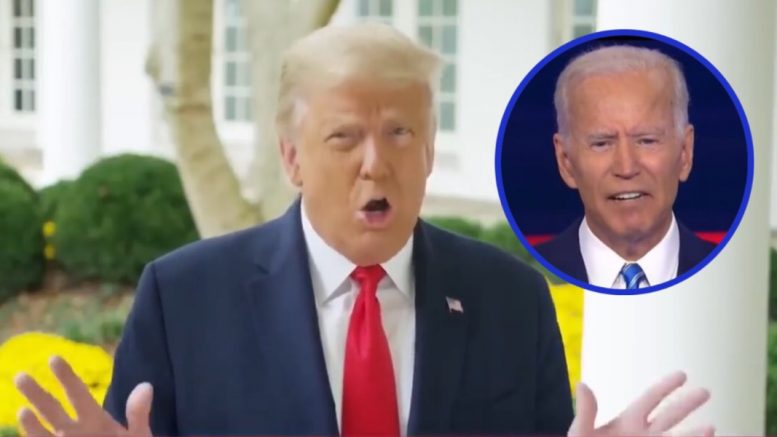 The 45th President issued a statement Wednesday via email from his “Save America” PAC, ripping into Joe Biden for reversing his America first immigration policies.

Former President Trump suggested that Biden is responsible for what is being described as a crisis at the United States-Mexico border, adding, “Joe Biden is the first American President who doesn’t want America to be a nation at all”.

Remain in Mexico, also known as MPP (Migrant Protection Protocols), was not only a historic foreign policy triumph but one of the most successful border security programs anyone has ever put into effect anywhere. Along with our Central America Safe Third agreements, asylum reforms, and expedited removal procedures we drove border numbers to record lows and we ENDED the horrendous practice known as Catch-and-Release.

No American President had ever done more to defend the border and safeguard the whole immigration system.

The Biden Administration inherited the most secure border in history, and they turned it into the greatest border disaster in history. Our border is now run by cartels, criminals, and coyotes. Illegal immigrants, gang members, and lethal drugs are pouring across like never before. Not only are illegal immigrants being caught and released, they are being put up in hotels at taxpayer expense. Continued Below

Our country is being destroyed before our very eyes.

The Biden Administration’s disastrous decision to formally end the Remain in Mexico policy is proof that their objective is to eliminate the U.S. border entirely and flood the country with so many illegal aliens that every community is overwhelmed.

Joe Biden is the first American President who doesn’t want America to be a nation at all. Continued Below

The policy, which forced potential asylum-seekers to remain in Mexico as their cases were pending in immigration court, ended on Tuesday, the Biden administration said.

“This policy was a stain on our nation’s history and our longstanding tradition of protecting refugees and asylum seekers,” the duo wrote in a joint statement Tuesday.

“Despite Republican efforts to misrepresent U.S. asylum law and smear those fleeing violence and seeking asylum, we must remember that it is completely legal to come to the U.S. border and seek asylum. While the process has been underway to dismantle MPP and bring asylum seekers in the country, more still needs to be done to help those hurt by the policy and we look forward to working with the Administration on those efforts. We must ensure we have a just and humane asylum processing system,” they added. Continued Below 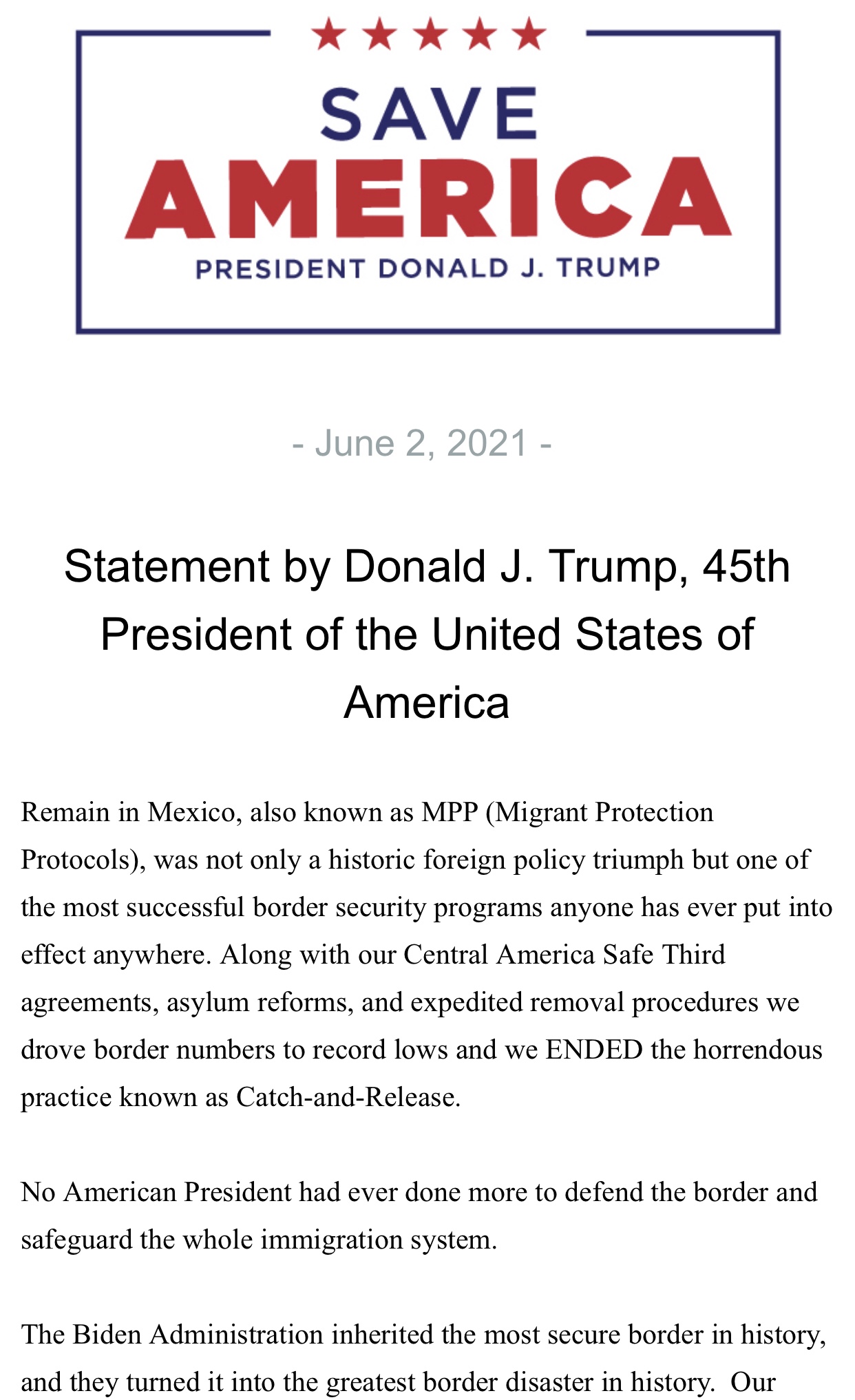 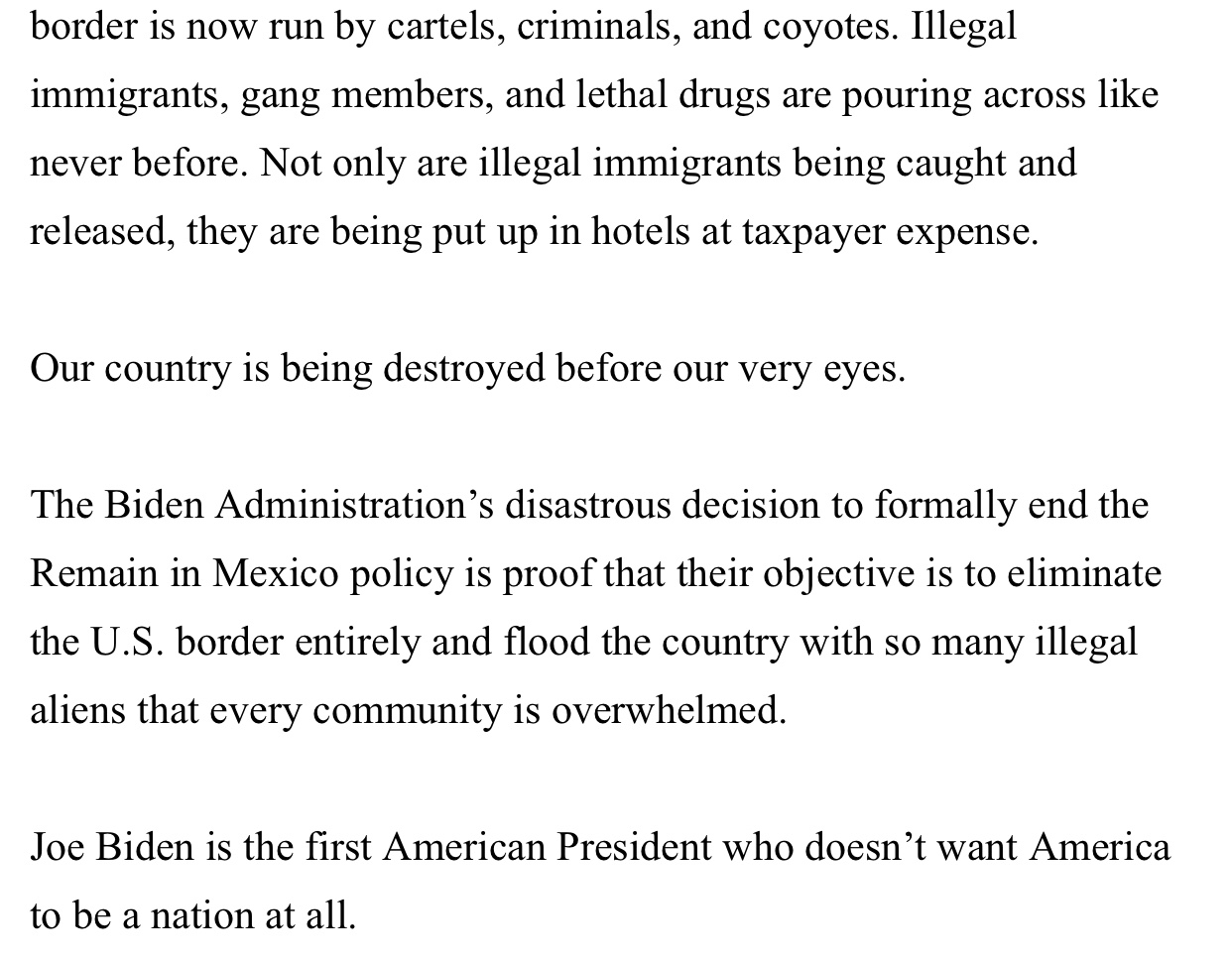 During the second Democratic debate in 2019, Joe Biden said that illegal aliens should not be detained for crossing the southern border:

(Related: Democrat Sen. Sinema ‘Waiting’ For Biden Admin To ‘Take Bold Action’ At The Border, Admits There ‘Is A Crisis’)