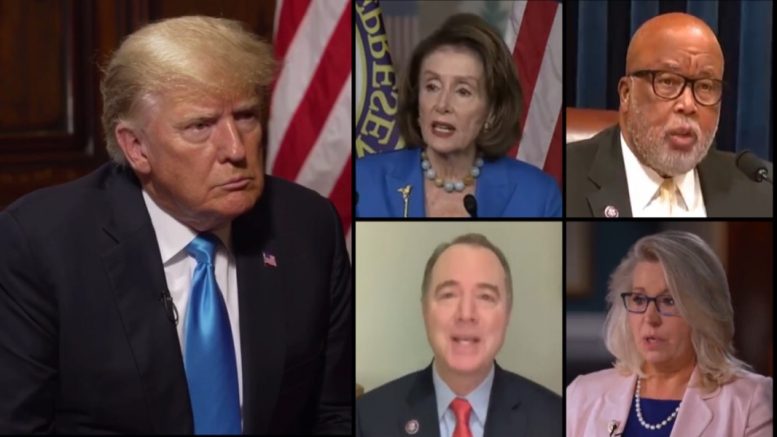 Trump said in a statement via email from his “Save America” PAC on Monday, “Today, President Donald J. Trump filed a lawsuit in defense of the Constitution, the Office of the President, and the future of our nation, all of which the sham Unselect Committee is trying to destroy. The fact is America is under assault by Pelosi’s Communist-style attempt to silence and destroy America First patriots through this hyper-partisan and illegitimate investigation.”

The 45th President’s suit, filed Monday in US District Court, names as defendants both the committee itself and its chairman, Rep. Bennie Thompson (D-MS), as well as archivist David Ferriero.

The filing asserts that the committee is a partisan sham to distract Americans from the Democrats’ policies that are killing and robbing Americans, listing examples over the “border crisis, mismanagement of COVID, defunding the police, and unconstitutional mandates [that] are destroying the economy”.

“The media is complicit in advancing the Committee’s unconstitutionally flawed request,” Trump also said in Monday’s email statement over the suit filed.

The filing further claims the committee “has decided to harass President Trump and senior members of his administration (among others) by sending an illegal, unfounded, and over-broad records request to the Archivist of the United States.”

The claim also blasts the committee’s requests as exceedingly broad, and slams Joe Biden for agreeing to allow internal White House documents to be handed over.

The White House has recently said they will not assert executive privilege.

The 26 page lawsuit can be read HERE.