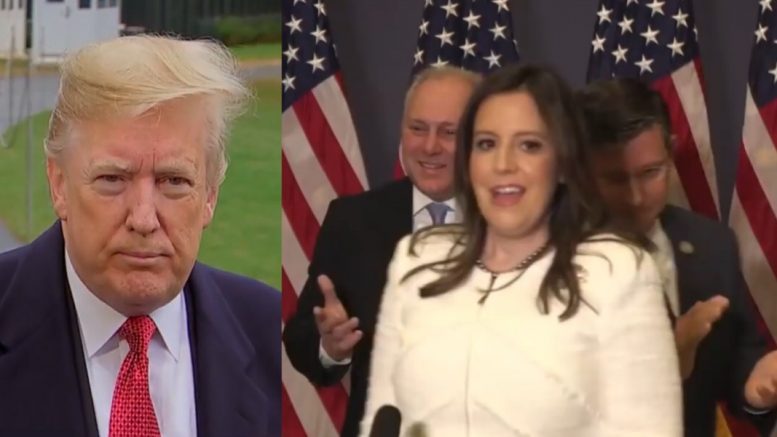 The 45th President issued a statement Friday via “From the Desk of Donald J. Trump”, congratulating Rep. Elise Stefanik (R-NY) after House Republicans approved Rep. Elise Stefanik to their No. 3 leadership position Friday — officially voting her into the post after Rep. Liz Cheney (R-WY) was removed from her role this week.

The 134-46 tally for Stefanik was nearly guaranteed before the vote took place, given that she went into the meeting with former President Donald Trump’s endorsement and without a serious challenger, New York Post reported.

Speaking to reporters following her win, Rep. Elise Stefanik thanked the former president “for his support.”

“[Trump] is a critical part of our Republican team,” she said before going on to thank “the voters of New York’s 21st congressional district, whom I’m honored to represent each and every day.”

Former President Donald Trump congratulated Rep. Stefanik on her win shortly after the vote was called.

“Congratulations to Elise Stefanik for her Big and Overwhelming victory! The House GOP is united and the Make America Great Again movement is Strong!” he said. Video Below 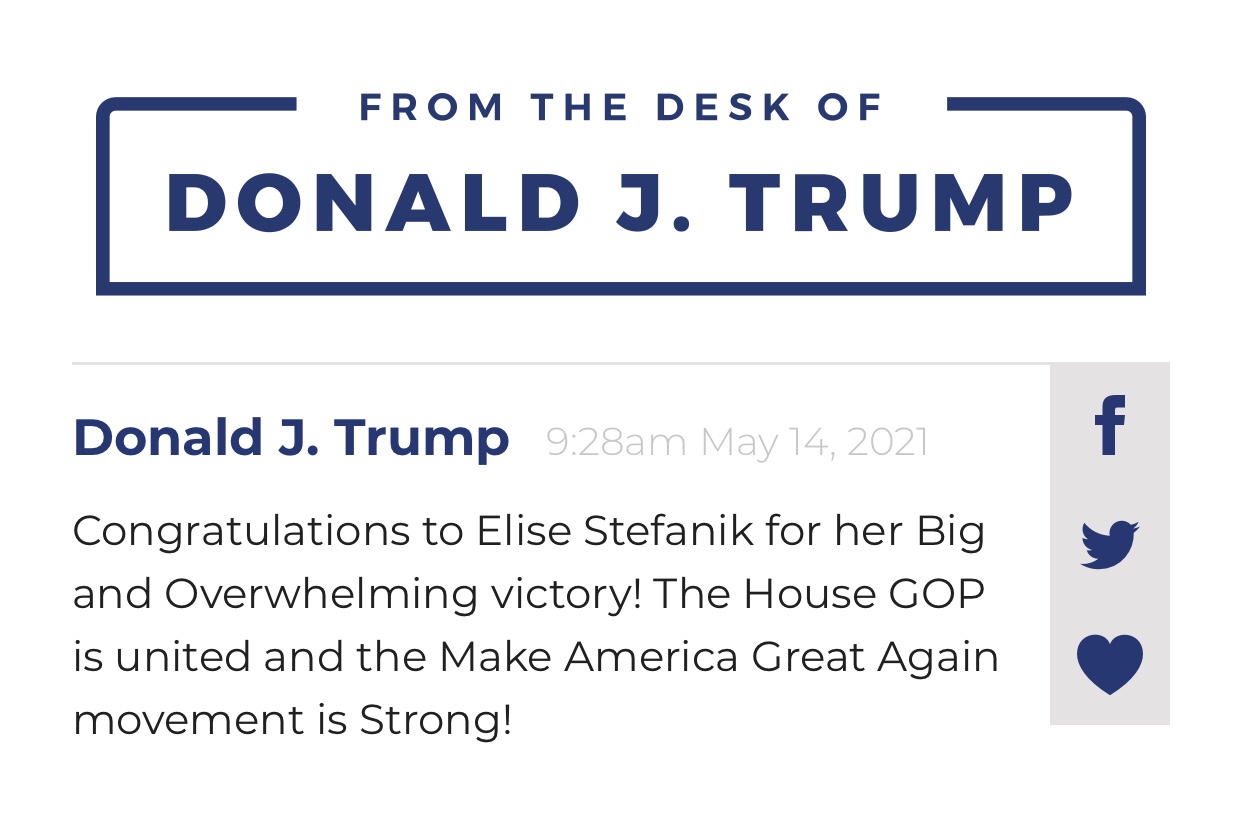 Thank you to my colleagues for electing me to serve as House Republican Conference Chair and to my constituents across #NY21 for their outpouring of support!

I am excited to lead our unified team alongside @GOPLeader & @SteveScalise to combat Biden and Pelosi’s Far-Left agenda! pic.twitter.com/P2ImMLGuwq

(Related: “Need To Make A Change”: Kevin McCarthy Sends Letter To GOP Colleagues Ahead Of Vote To Recall Cheney Wednesday)