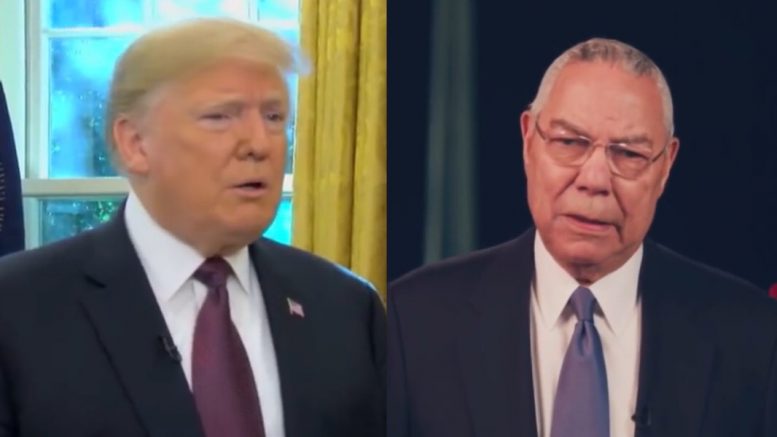 45th President Donald J. Trump issued a statement via email from his “Save America” PAC appearing to sarcastically mock the “Fake News Media” on Tuesday for their coverage of former Secretary of State Colin Powell after his passing on Monday.

Powell, a Republican, was highly critical of the 45th President and endorsed career politician Joe Biden in the 2020 presidential election.

During Day 2 of the Democratic National Convention in August 2020, Colin Powell said during a video message, “Joe Biden will be a president we will all be proud to salute. With Joe Biden in the White House, you will never doubt that he will stand with our friends and stand up to our adversaries—never the other way around.”

Powell died Monday of COVID-19 complications. He was 84. Powell was fully vaccinated against the coronavirus, his family said. But he faced several ailments, telling Washington Post journalist Bob Woodward over the summer that he had Parkinson’s disease. Powell’s longtime aide, Peggy Cifrino, said Monday that he was also treated over the past few years for multiple myeloma, a blood cancer that impairs the body’s ability to fight infection. Studies have shown that those cancer patients don’t get as much protection from the COVID-19 vaccines as healthier people, AP reported.

In his email statement on Tuesday, 45 President Donald Trump wrote, “Wonderful to see Colin Powell, who made big mistakes on Iraq and famously, so-called weapons of mass destruction, be treated in death so beautifully by the Fake News Media. Hope that happens to me someday.”

“He was a classic RINO, if even that, always being the first to attack other Republicans. He made plenty of mistakes, but anyway, may he rest in peace!” Trump expressed. Continued Below 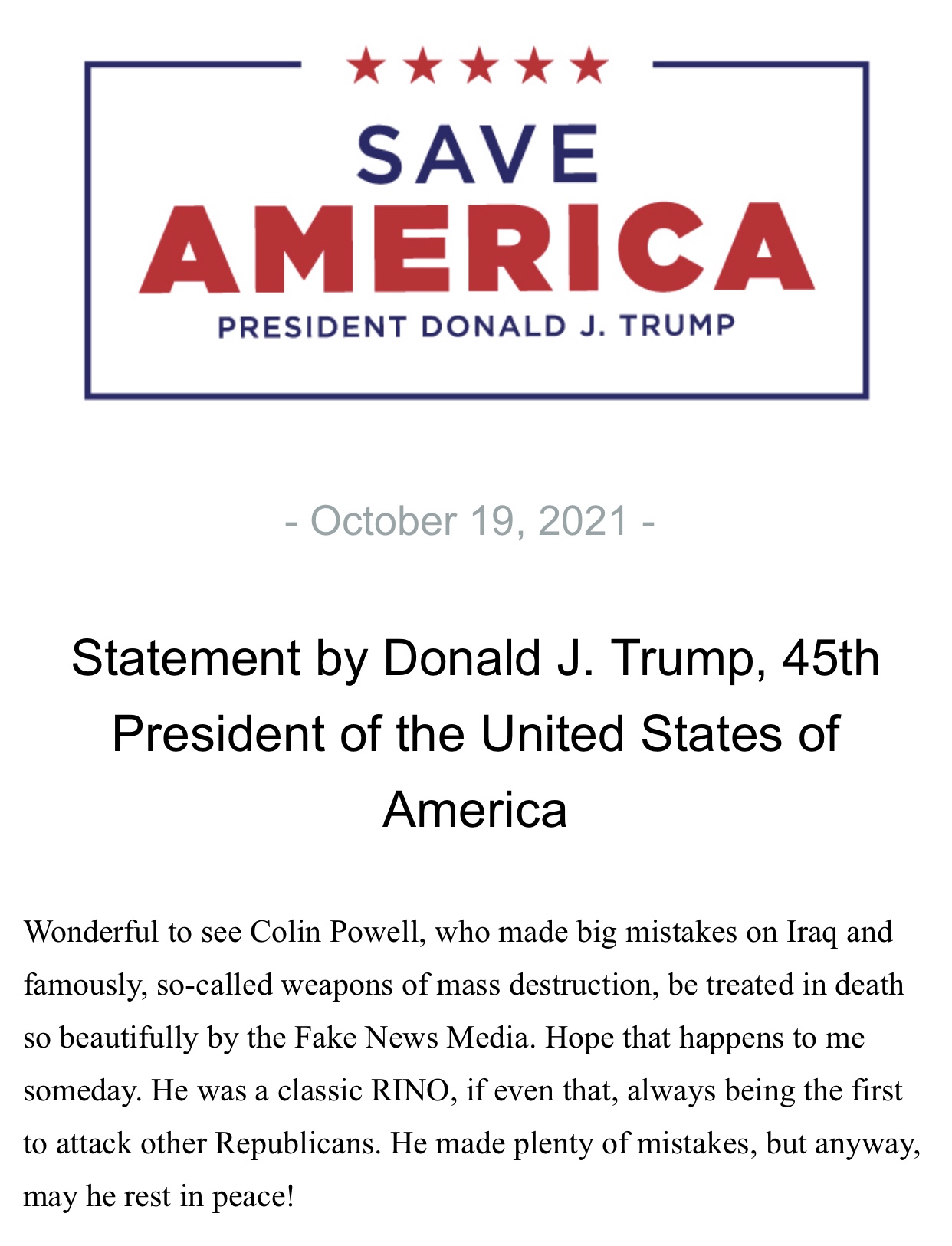 McCarthy On Whether He Endorses Stefanik To Replace Liz Cheney: “Yes, I Do”