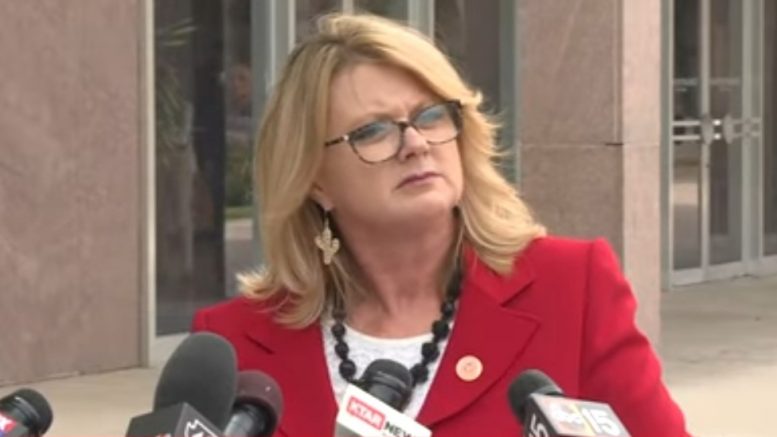 Tens of thousands of potentially illegal votes, which were discovered in the audit and laid out in the report, set into motion a unified call among Arizona Republicans for a criminal investigation by the state’s Attorney General Mark Brnovich. Brnovich’s office later signaled an investigation was underway, however, Americans have remained up in arms as to what the next steps are moving forward.

Sen. Townsend recently contacted Arizona Senate President Fann to get the inside scoop, to which Sen. Fann responded.

Here is statement released by Sen. Townsend on Telegram outlining what to expect in the coming days:

I asked Senate President Fann for an update today and here is her response, posted with her permission.

Brnovich has opened an investigation and has already started getting info from the Board of Supervisors. We have given all the findings to date and encouraged Liz Harris to do the same, as well as Shelby Bush and others to give him anything they have been working on. Kory and Greg (Senate attys) are working with Special Master John Shadegg to get the info on routers and logs that auditors need. There is still info coming from others to add supplemental audit info that was not complete at time of the hearing.

Congress is having a hearing on the audit. Congressman Biggs has asked Ken Bennett to testify as Senate liason to show all the problems and statutes broken.

We have lots of great suggestions about legislation to improve the system and hold people accountable, whenever you are ready to take that up.

She is counting votes to see if we have enough support for a special session, as the governor will not bring us in unless we can get legislation passed. I asked if we could get together as a caucus to discuss what needs to be done and who will run those bills and what we have support on. She said that was a good idea. We are working on this behind the scenes and I just wanted to give you guys an update.