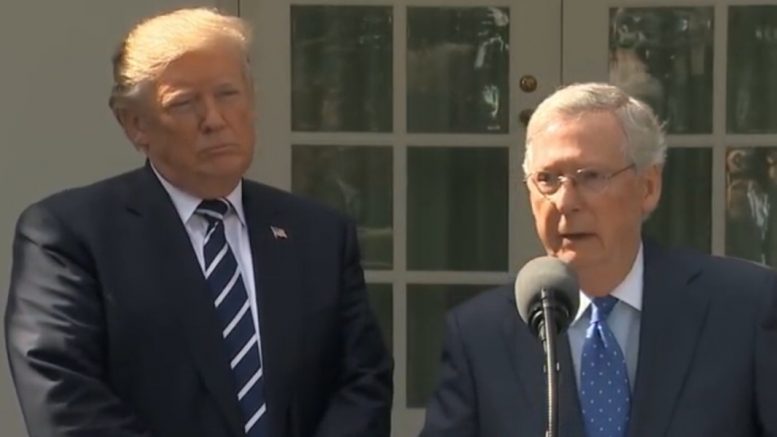 Senate Minority Leader Mitch McConnell (R-KY) on Wednesday proposed a deal with his Democrat colleagues that would help them suspend the debt ceiling before the United States defaults.

McConnell, in a statement, said Republicans would help Democrats expedite the process known as reconciliation to address the debt limit, adding, Republicans would let Democrats pass an emergency debt limit extension at a fixed dollar amount, which would cover current spending levels into December.

“Looks like Mitch McConnell is folding to the Democrats, again. He’s got all of the cards with the debt ceiling, it’s time to play the hand,” Trump advised.

“Don’t let them destroy our Country!” he urged. Continued Below

The proposal seeks to quench Democrat complaints that Republicans may seek to delay a reconciliation vote, making it a risky maneuver because the U.S. faces a crisis if the ceiling isn’t suspended or raised by Oct. 18, while reinforcing McConnell’s position that most Republicans won’t vote with Democrats to address the limit.

Democrats were facing the prospect of being unable to muster 60 votes to bypass a filibuster on a House of Representatives bill that would suspend the ceiling until December 2022. A procedural vote on the measure was expected to happen on Wednesday afternoon.

Party leaders have repeatedly exhorted Republicans not to filibuster the bill but McConnell and other top GOP senators say Democrats should turn to reconciliation, which the party has already used once this year and plans to use at least once more to ram through a mammoth, multitrillion spending package. 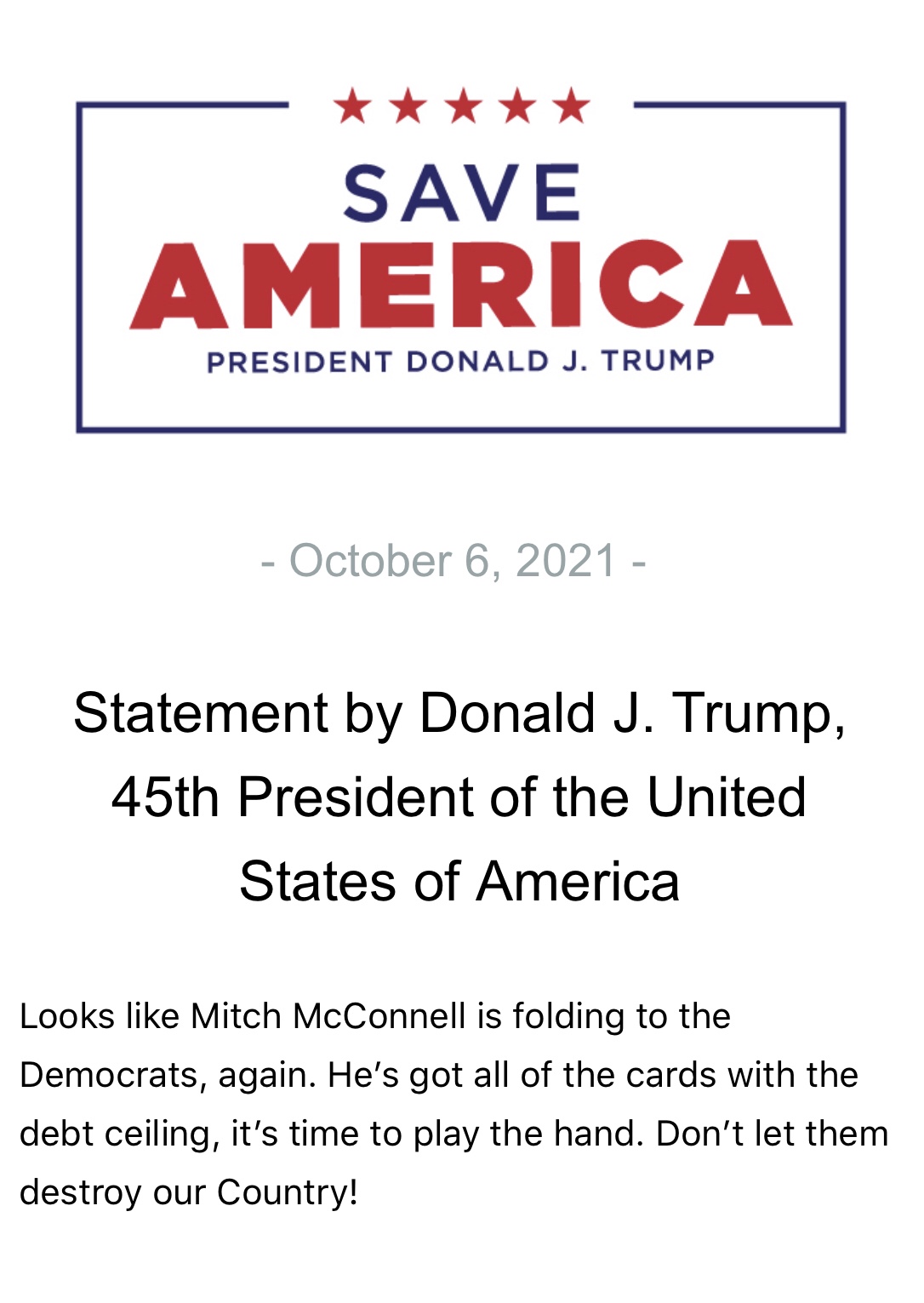 (Related: Trump Reacts To Sen. Dems’ Plan To Use ‘Reconciliation’ Process On Infrastructure Package: “Republicans Must Push Back”)

Trump Cancels Jan. 6 News Conference, Instead ‘Will Discuss Many Of Those Important Topics At My Rally On Saturday, January 15th, In Arizona’