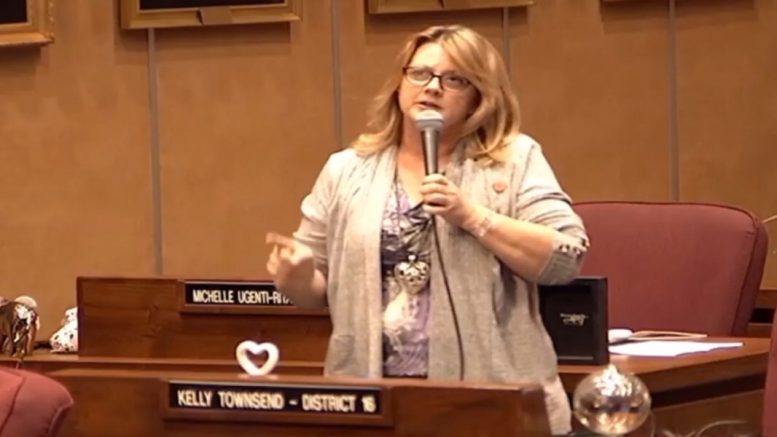 In a statement posted to Telegram, the state senator said that she was “thoroughly shocked” by the overall report, and she listed “some of the issues that jumped out immediately”.

Sen. Townsend suggested the election should be nullified and repeated “with one more securely conducted” and she called for “indictments of [those] who perpetrated this fraud against us.”

“I am thoroughly shocked, yet not surprised, at the product that was delivered to the people of Arizona by the hands of Adrian Fontes regarding the 2020 General election. Although the raw numbers of votes show a similar outcome to the official canvass.

The important outcome is that the votes that were counted could be trusted as actual and true voter submissions, according to Arizona State law. However, what we learned today that there was a myriad of issues with the counting process that undermine the confidence in the true and accurate count of this election. The election system simply does not balance.

Some of the issues that jump out immediately to me are as follows:

• Deleted / purged files – The timing and deletion of files the day before the 2/2/21 audit. Maricopa county purged the machine records the day before the audit started. Many .exe and .dll files (approximately 1500) were either deleted or modified.
• No security or credential management. There were shared accounts and passwords which made the identification of those deleting or purging files difficult, but not impossible.
• Duplicates ballots were grossly mismanaged, and our laws were broken regarding this important part of our election process.
• Chain of custody was not accurately kept, making it impossible who touched what and when.
• Envelopes without signatures, images of ballot envelopes with an apparent approval stamp behind the basic graphics of the envelop, suggesting tampering.
• Connectivity to the internet has been established, in violation of Arizona law and contrary to what we have been told about the system.
• Sloppy caretaking of ballots, missing batches in boxes, batches in boxes not listed on the box or county list.
These are just a few of the many issues brought up today and necessitate a dramatic change in the way we oversee our elections, and how we hold those accountable who have broken our laws. Most importantly, whenever there is malfeasance and skullduggery, we must both nullify that election and repeat it with one more securely conducted, and we must move forward with indictments of [those] who perpetrated this fraud against us.

Sidney Powell on Why She Knows Her Legal Team Is ‘Hitting the Nail on the Head’: ‘Flack Is Coming at Me from Every Direction’

‘We Will Hold all of Them Accountable’: McCarthy Vows After Zuckerberg’s Admission of Suppressing Hunter Laptop Story