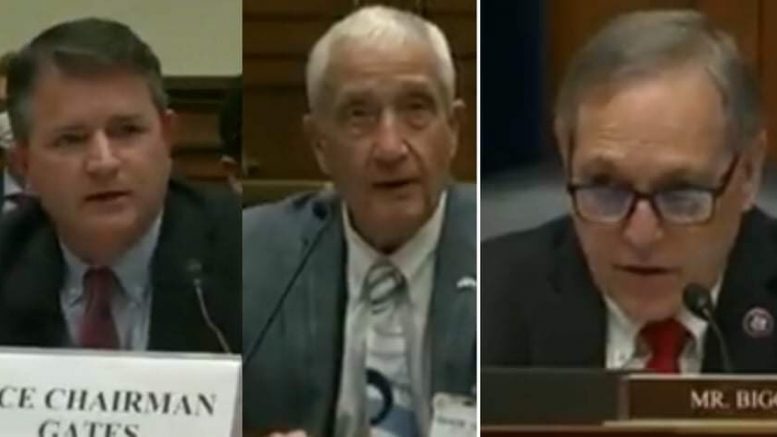 On Thursday, Democrats held a hearing entitled, “Assessing the Election Audit in Arizona and Threats to American Democracy” in the House Oversight and Reform Committee over the results of the Maricopa County, Arizona forensic audit.

Maricopa County Board of Supervisor officials, who testified during Thursday’s hearing, admitted under oath, that they deleted election data after they received a subpoena from the Arizona State Senate.

“Is is standard practice to delete files off of a server after an election?” Rep. Andy Biggs (R-AZ) asked the panel of witnesses testifying.

Ken Bennett, the Arizona Senate’s liaison for the Maricopa County election audit, responded, “I hope not.”

Vice Chairman of the Maricopa County Board of Supervisors, Bill Gates, replied, “I would say it is appropriate to maintain files and that’s exactly what we did. We deleted — the deleted files … were archived.”

Rep. Biggs asked, “So you admit you did delete — Maricopa County did delete files off the server after the election?” Continued Below

“That are archived,” Gates claimed.

“So when you released these servers and this information to the auditors to begin with, they didn’t have access those archived files at first. Is that fair to say?” Rep. Biggs wondered.

“They did not subpoena those. That is correct,” Gates said. Continued Below

Rep. Biggs chuckled then asked, “So you didn’t feel obligated to turn that over to them?”

“We responded to the subpoenas,” Gates alleged.

Ken Bennett responded to Gates’ claim, saying, “I find it frankly, laughable to suggest that a county in response to a subpoena could say we will delete files from the hard drive and materials that we give to the auditors because we have those files archived on data that we did not give the auditors when the subpoena said ‘turn over all the records related to the election'”.

This is a total cover up, and they admit it! pic.twitter.com/W6jD2X8NwP