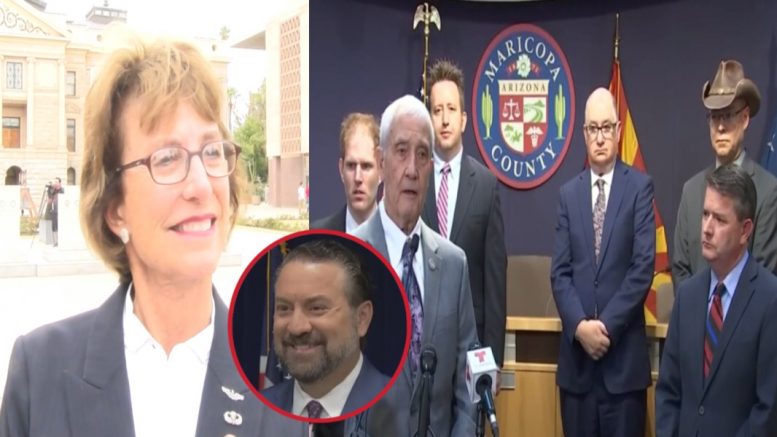 The letter comes after last week’s release of the Maricopa County forensic audit results, which were revealed during Friday’s Senate hearing and after Senate President Karen Fann sent a letter to the Arizona attorney general on Friday, calling for Brnovich to open a criminal probe over “several items in the reports that merit your attention of your office”.

“Based on the information contained within the report, the [Elections Integrity Unit] expects the need to obtain documents, files, and related information during the course of review that is potentially relevant to the 2020 General Election and is currently under the direct or indirect custody and care of the Maricopa County Recorder’s Office, Maricopa County Elections Department, and the Maricopa County Board of Supervisors (combined referred to as ‘Maricopa County’)”, the letter states.

“In light of our review, as well as the expectation the review may lead to further investigation or litigation, this letter is to provide notice to Maricopa County that a litigation hold should be in effect regarding all potentially relevant materials related to the 2020 General Election, as well as potentially relevant materials related to the 2020 Primary Election and 2020 Presidential Preference Election (combined referred to as ‘2020 Statewide Elections’),” Brnovich’s office said.

“All Maricopa County employees, contractors, sub-contractors, vendors, and assigns who were directly or indirectly involved in any aspect of managing the 2020 Statewide Elections should be made aware of this litigation hold and Maricopa County should take all actions necessary to ensure compliance,” the letter states.

Assistant Attorney General Jennifer Wright also wrote in the letter a list of “potentially relevant information”, related to the 2020 Statewide Election, which Maricopa County has a “duty” to “preserve”. Continued Below

“Maricopa County should take every reasonable step to preserve this information until further notice,” the letter states.

Arizona State Senator Wendy Rogers (R) posted a copy of the letter to Twitter on Tuesday, warning, “If I was Maricopa, I would do what he says.”

If I was Maricopa, I would do what he says. pic.twitter.com/o1RzfLBJcG 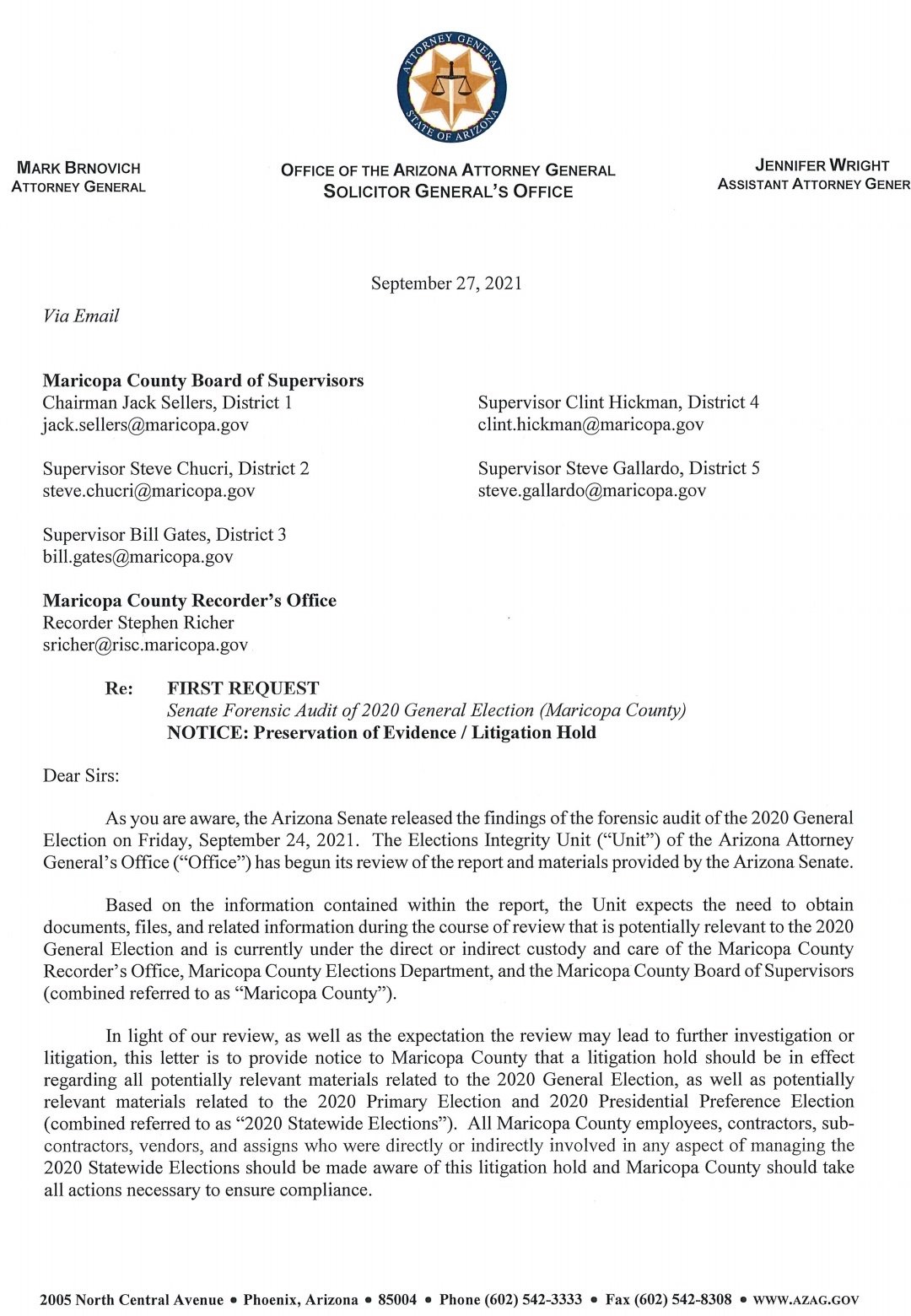 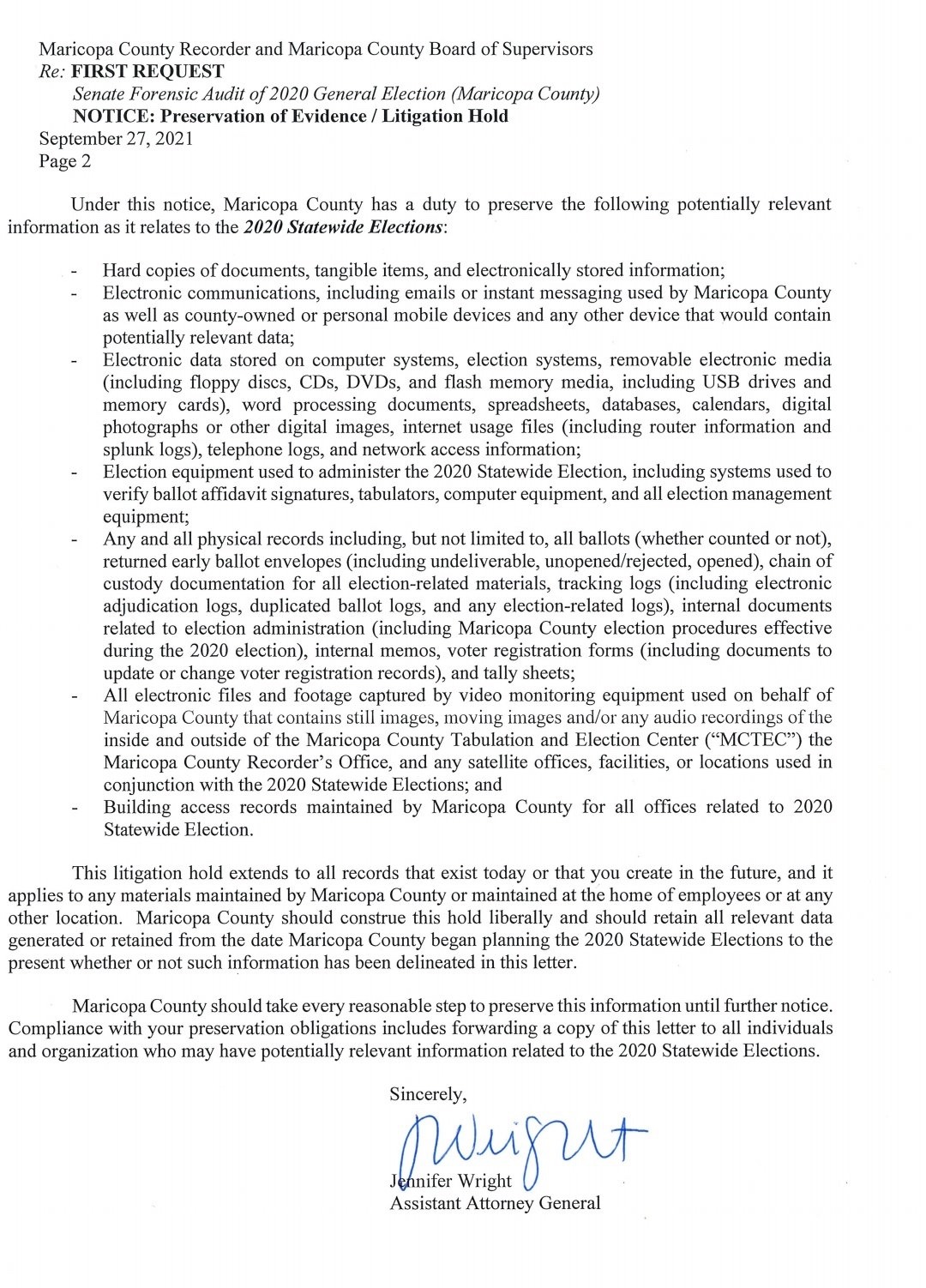 A letter was also sent to Senate President Karen Fann requesting the following:

Meanwhile, Attorney General Brnovich tweeted on Friday before the Senate hearing began: “I will take all necessary actions that are supported by the evidence and where I have legal authority. Arizonans deserve to have their votes accurately counted and protected.”

I will take all necessary actions that are supported by the evidence and where I have legal authority.

Arizonans deserve to have their votes accurately counted and protected. https://t.co/KZ8AHqyMmB