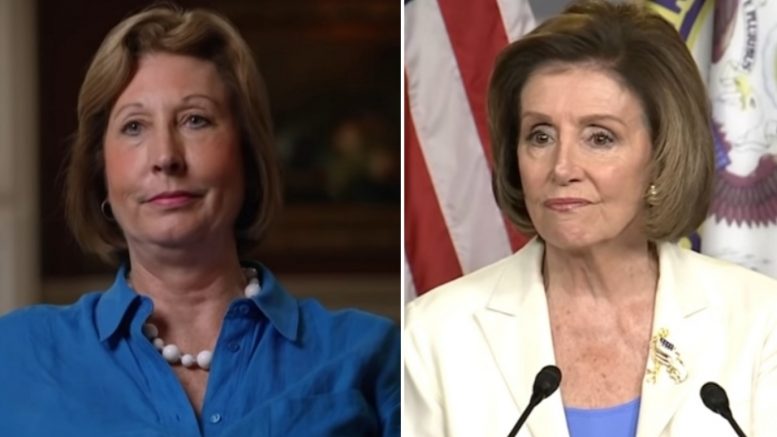 Sidney Powell claims to have had the “one silver bullet” that made all forces of the Left “panic” as the clock ticked down to the final hours of January 6th when Congress was “rushed” by House Speaker Nancy Pelosi to declare Joe Biden as the next U.S. president.

The high-profile attorney summarized an “untold” series of events involving a case challenging the Electoral Count Act of 1877, which her team successfully docketed with the Supreme Court in the middle of the day on the 6th.

Powell speculated that House Speaker Nancy Pelosi quickly resumed the process of certifying Joe Biden as the winner of the 2020 election, just hours after massive unrest disrupted proceedings at the Capitol Building, out of fear that Justice Alito could throw a “big wrench in the democrats’ coup.”

Among other conservatives that stood up for President Trump amidst the theft of the 2020 election, the legal team that became Defending the Republic challenged election results in multiple states and produced hundreds of pages of evidence of widespread election fraud. The Left’s mantra of “no evidence” is pure propaganda.

As the world watched, our four fraud cases across the disputed states were dismissed by each of four federal judges. The courts threw out the cases on the democrats “talking points”—technicalities many of which were pulled from the dustbin of legal history. Not a single of our cases was heard, despite hundreds of affidavits, statistical studies proving mathematical impossibilities, disappearance of mail ballots, mysterious appearances of perfect ballots, evidence of technological manipulation of the vote, and even video of women pulling suitcases from under tables after a staged pipe burst evacuation, and of ballot workers shoving the same ballots through the machines repeatedly coinciding with an impossible spike in votes all for Biden. All this was set against a backdrop of an unprecedented and inexplicable stoppage of vote counting across multiple states, followed by the appearance of hundreds of thousands of votes in block injections for Biden, somehow overcoming, by a slim margin, what was previously a massive shortage of Biden votes.

It appeared that the courts were afraid to hear the cases. Americans who had counted on our Article III courts to take up these issues to protect the Republic and our Constitution were left to wonder if this was the law, cowardice, or corruption in the courts. The entire Article III judiciary put its collective head in the sand on the most important issue to face the Republic. This was a constitutional crisis.

We had one silver bullet—that made them all panic. Our fifth and final election law case did not challenge the election of any single state. Instead, it raised a constitutional challenge to the Electoral Count Act itself.

The Electoral Count Act was passed by Congress in 1887 and sought to alter the effect of the 12th Amendment of the US Constitution. The 12th Amendment provides that, in a disputed election, the Vice President would shift the determination of the election to the House, where the House of Representatives chooses the President by “one vote per state delegation”—a fitting design as House members are elected every two years and therefore subject to their constituents’ viewpoints more directly than Senators with six-year terms. The Electoral Count Act shifted the determination of the election away from the House to a bicameral process.

Our case, Louis Gohmert, et al., Applicants v. Michael R. Pence, Vice President of the United States, challenged use of the Electoral Count Act as unconstitutional. Our filing was immediately brought to the attention of Nancy Pelosi who sought to become party and oppose us, but Reps. McCarthy and Scalise opposed her in an internal House leadership vote. McCarthy and Scalise supported Ghomert and the application of the 12th amendment. Republican Leadership’s opposition prevented Pelosi from being able to join as a party to the lawsuit, so instead, she was forced to file an Amicus brief.

We filed for an injunction at SCOTUS on January 6th, the day of the electoral count. We filed electronically and had a congressman deliver the paper filing required by SCOTUS. The Congressman was turned back by Capitol Hill Police, due to the unrest. We succeeded in getting the case docketed at 3:51 pm on January 6th.

Given Pelosi’s participation as amicus, she would receive notice of the Gohmert filing for an injunction with the Supreme Court. She would understand that Justice Alito could alone enter an injunction against use of the Electoral Count Act because he is the Circuit Justice for Louie Gohmert’s district.

Abandoning any concern for mass covid infection from the deplorables in the Capitol, Pelosi fired her political kill shot: she shockingly announced at 6:30 pm that members would resume the count at 8 pm—just hours after Michael Byrd killed Ashley Babbitt and demonstrators were still in the Capitol.

While Vice President Pence presided over the ceremony, curiously, it was Pelosi herself who announced counting would resume. At 8:00, the process promptly resumed, objections failed to prevent Biden’s election, and the joint session was dissolved by Pence at 3:44 a.m.

Notably, Pelosi’s rush to restart at 8 pm did not prevent the process’ continuation to January 7th. Members could have gone home to rest and resumed the vote early in the morning without losing a day. In other words, nothing would have changed regarding the date of the completion of the count. The absurdity of driving Congress to complete a process amidst such unrest was driven by something entirely different.

Speaker Pelosi had to act quickly to prevent Justice Alito from enjoining application of the Electoral Count Act and throwing a big wrench in the democrats’ coup.

The next morning, with no comment, SCOTUS denied the injunction without prejudice — a rapid response as Pelosi had already beaten the Court to it. Had Pelosi not rushed, the outcome of the case could have been different, and the President as well.