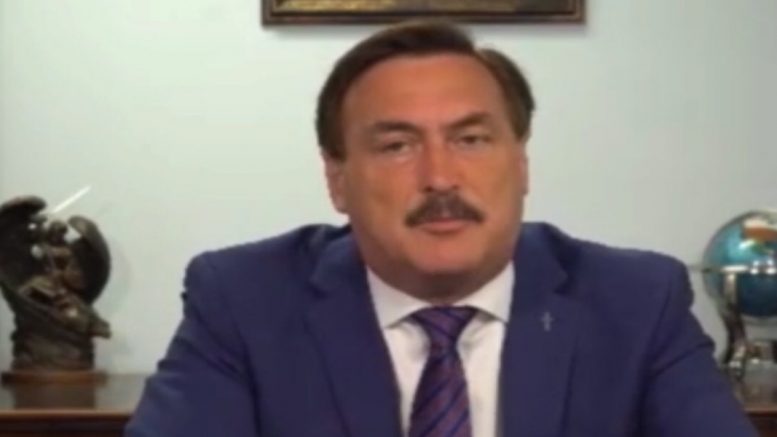 Mike Lindell, CEO of MyPillow, announced during a Monday interview on “War Room Pandemic” that he will hold a “cyber forensic election symposium” event in July, where he will present evidence he has obtained from cyber experts regarding the November 2020 general election.

“We’re bringing all our evidence to big venue. … Any cyber guy that’s got credentials in the country– we’re gonna bring them there. It’s gonna be unpacking the packing captures,” Mr. Lindell said, referring to his latest documentary titled “Absolutely 9-0”.

“Once we show all the cyber guys and they can ask their questions. … It will be a two day event. The rest of them can all ask their own cyber experts or their own people. By the time they leave there, the country is gonna go, ‘We’ve got to get this to the Supreme Court now and get this pulled down'”, Mr. Lindell said of the 2020 presidential election.

He told host Steve Bannon that he is also going to do a “nation wide petition” for the Supreme Court to look at the evidence he has acquired.

Asked if he is open to have the top cyber guys in the country and all of the media to see the evidence at the July event, Mike Lindell replied, “Yeah, because people need to understand what packet captures are, and the first layer is going to be all the cyber experts in the country. They need to have a certain credential … that they’re rated, that they’re valid –and if you have government officials that want to submit their own cyber people.” Video Below

Asked if was open to having the Chinese Communist Party, if they were authorized to be in the United States, at his event– who he claims “stole the election”, Mike Lindell replied, “Yes, absolutely. They can sit right next to [Republican governors] Brian Kemp and Doug Ducey in the front row.” Video Below

“A packet capture is 100%. It can’t be changed. It’s captured the night of the election. All those packet captures are there. … We’re gonna show that to the world, but we’re gonna show it first and foremost to all the other cyber experts that are invited in the country,” Lindell said.

“They’ll be presented with it, they can ask questions, they’re gonna be given some of the evidence. They can look at it, check it all out,” he added of the data he has gathered.