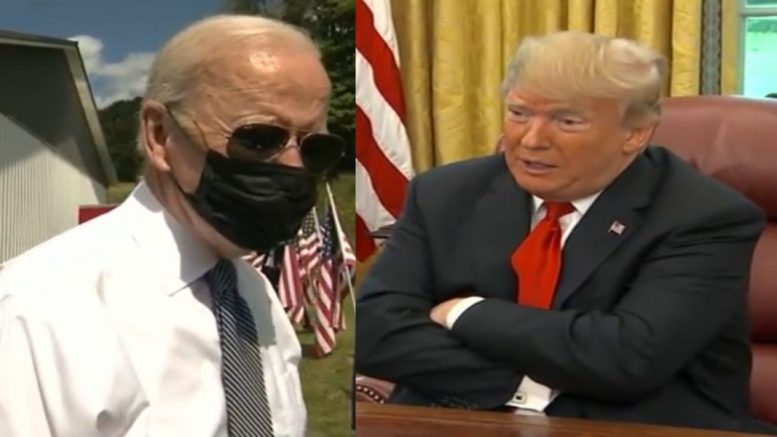 45th President Donald J. Trump issued a statement via email on Monday from his “Save America” PAC, warning “our Country is far more susceptible to attack by outside terrorist groups than ever before” following the Biden administrations “pathetic and incompetent withdrawal from Afghanistan.”

Trump also noted the 85 billion that was spent on weapons and supplies during the 20-year war, which wound up in the hands of the Taliban, adding, “Our enemies all over the World are inspired”.

Our Country is far more susceptible to attack by outside terrorist groups than ever before. Our enemies all over the World are inspired by what just happened in Afghanistan—the removal of the Military first, and our “gift” of $85 billion in Military equipment.

We are no longer respected after the pathetic and incompetent withdrawal from Afghanistan. It will be a long time before we gain our reputation back. Just nine months ago, the United States was viewed as being strong, and now we are being viewed as weak and stupid.

The Taliban has totally retaken Afghanistan—a far more potent position than they had 20 years ago, after we spent trillions of dollars, with hundreds of thousands of lives lost (on both sides). This loss emboldens not only foreign terrorists, but also Antifa and BLM.

It’s sad that this is not what you hear from the Fake News Media who are only interested in talking about “terrorism” from the right and protecting an illegitimate president. Our reputation is gone, our Borders are broken, inflation is raging, and COVID continues, even with the vaccines (developed under “Trump”), to ravage our Nation. Continued Below 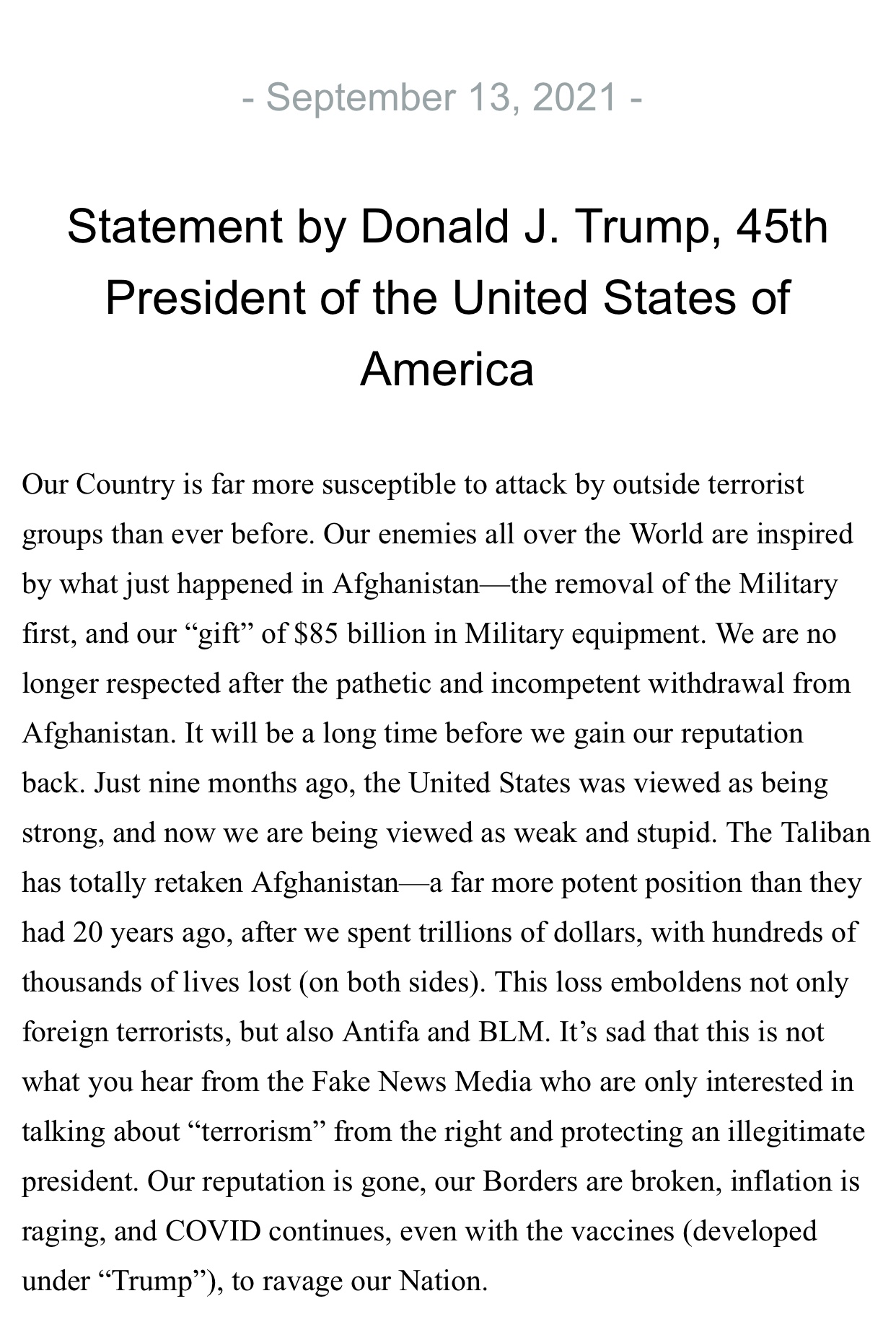