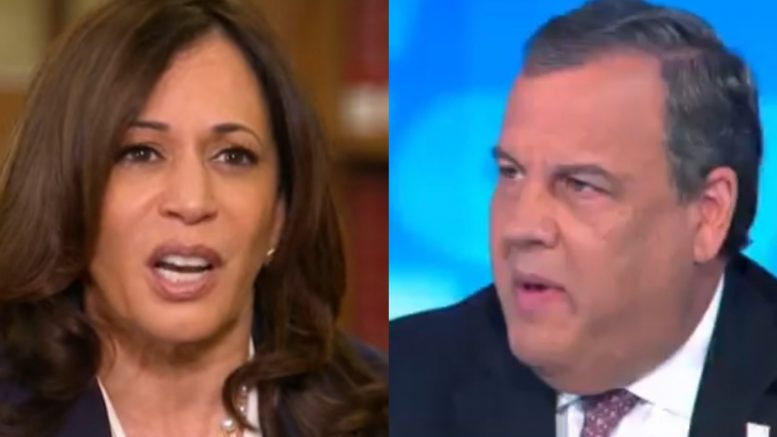 Former New Jersey Governor Chris Christie called out Kamala Harris for starting the “politicization” of COVID-19 vaccines, which he claims began back in 2020 when Harris was running as the Democratic nominee for vice president.

Asked by CNN’s Dana Bash last September whether she would get a vaccine that was approved and distributed before the election, Harris replied, “Well, I think that’s going to be an issue for all of us.”

“I will say that I would not trust Donald Trump and it would have to be a credible source of information that talks about the efficacy and the reliability of whatever he’s talking about,” she continued. “I will not take his word for it.”

Remember when the democrats said these things about the shot? And how they don’t don’t trust the CDC and the FDA? pic.twitter.com/TVTxqPy9MB

Harris and other Democrats’ words have come back to haunt them in wake of the Biden Administration’s push to vaccinate the millions of Americans who are hesitant against getting the COVID-19 jab. Biden recently announced sweeping new vaccine mandates that will affect 100 millions of U.S. workers, as he blames the unvaccinated population for continuing the spread of the virus.

Remember the politicization of these vaccines started back in the presidential campaign. It was started by Vice President Harris, you know, who said that, “I will not take a vaccine that’s approved by Trump or by Trump’s regulators.” That put this in a totally different area that allowed it to be politicized and that politicization is continuing now. Video Below