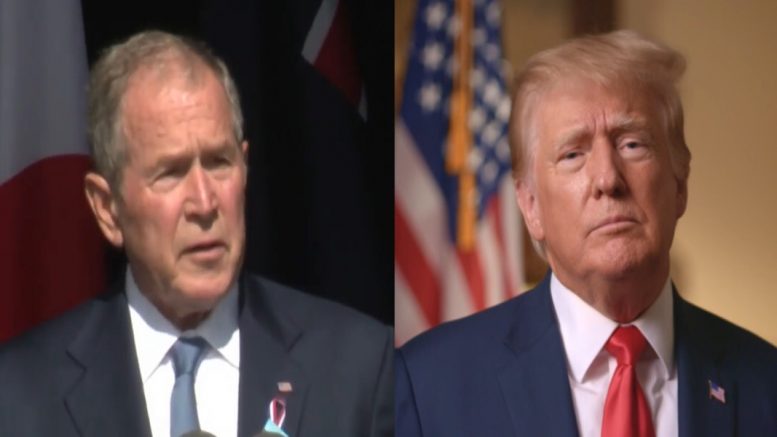 45th President Donald J. Trump issued a statement on Monday via email from his “Save America” PAC, insisting that former President George W. Bush “shouldn’t be lecturing anybody” after the 43rd president’s speech on the 20th anniversary of the 9/11 terrorist attacks.

Bush spoke on September 11 during a memorial ceremony near Shanksville, Pennsylvania, alleging there are similarities between “violent extremists abroad” and those “at home”, claiming the two are “children of the same foul spirit.”

“We have seen growing evidence that the dangers to our country can come not only across borders, but from violence that gathers within,” former President George W. Bush said.

“But in their disdain for pluralism, in their disregard for human life, in their determination to defile national symbols, they are children of the same foul spirit. And it is our continuing duty to confront them,” he added.

NOW – George W. Bush compares "domestic extremists" to Islamist terrorists in his 9/11 speech: "They are children of the same foul spirit, and it is our continuing duty to confront them…"pic.twitter.com/zOP9CzQmmh

In a statement on Monday, 45th President Donald Trump responded in a statement distributed by his Save America PAC.

So interesting to watch former President Bush, who is responsible for getting us into the quicksand of the Middle East (and then not winning!), as he lectures us that terrorists on the “right” are a bigger problem than those from foreign countries that hate America, and that are pouring into our Country right now.

If that is so, why was he willing to spend trillions of dollars and be responsible for the death of perhaps millions of people? He shouldn’t be lecturing us about anything.

The World Trade Center came down during his watch. Bush led a failed and uninspiring presidency. He shouldn’t be lecturing anybody! Continued Below 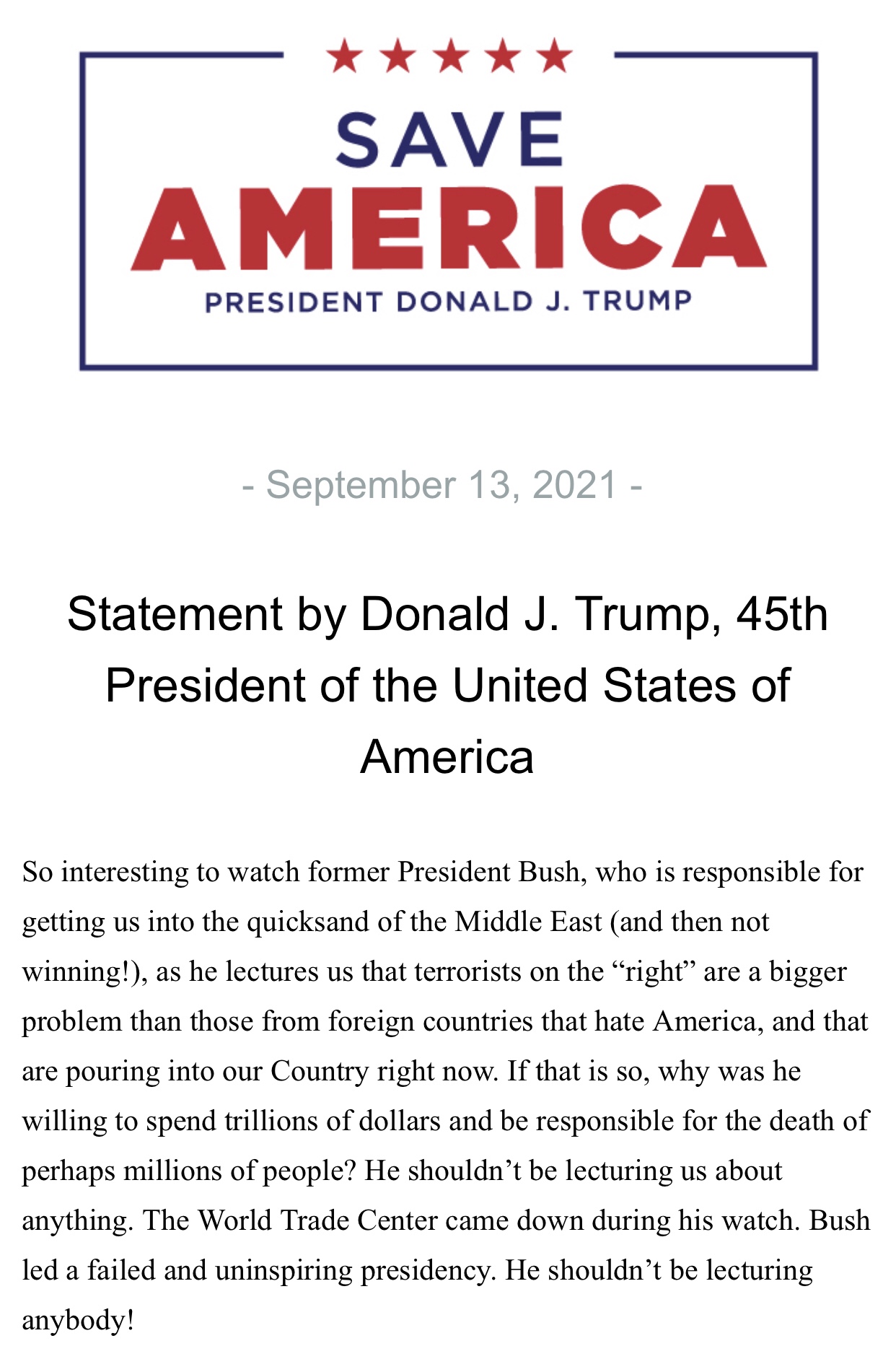 (Related: Trump Issues A Warning Over Biden’s ‘Pathetic & Incompetent Withdrawal From Afghanistan’: “Our Country Is Far More Susceptible To Attack”)