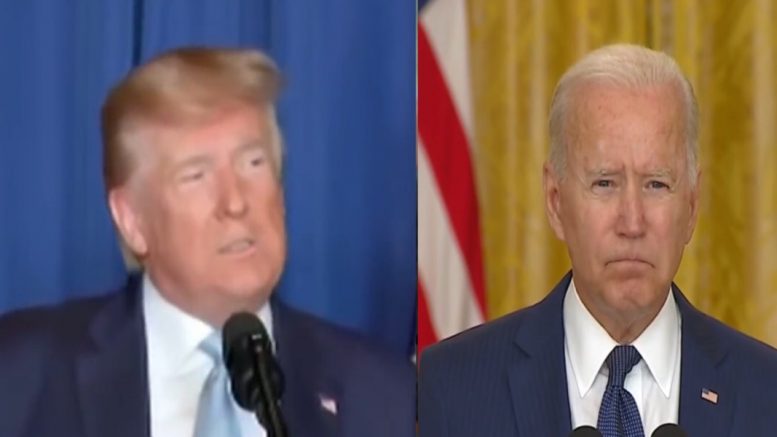 45th President Donald J. Trump issued a statement via email from his “Save America” PAC on Monday regarding the Biden Administration’s withdrawal from Afghanistan, criticizing how the operation is being handled and offered his approach, urging Joe Biden to “bomb the hell out of” the “equipment”, if it is not “immediately returned” or “handed back” to the United States.

“Never in history has a withdrawal from war been handled so badly or incompetently as the Biden Administration’s withdrawal from Afghanistan,” President Trump expressed a day after 13 fallen troops, who were killed in the Kabul suicide bombing, returned to Dover Air Force Base, Delaware on Sunday.

“In addition to the obvious, ALL EQUIPMENT should be demanded to be immediately returned to the United States, and that includes every penny of the $85 billion dollars in cost,” the former president urged.

“If it is not handed back, we should either go in with unequivocal Military force and get it, or at least bomb the hell out of it,” Trump urged.

“Nobody ever thought such stupidity, as this feeble-brained withdrawal, was possible!” he added. Continued Below

Reporter at Telegraph Will Brown tweeted on Sunday a graphic of the $85 billion worth of lost equipment to the Taliban:

Meanwhile, ten civilians – including seven children – were killed in a US drone strike targeting a vehicle in a residential area of Kabul on Sunday, according to The Washington Post, The New York Times, and The Los Angeles Times.

The US Central Command on Sunday said that the drone strike took out an Islamic State car bomb that posed an “imminent” danger to the Hamid Karzai International Airport, where at least 169 Afghans and 13 US service members were killed last week, marking the deadliest day for US military members in the country since 2011.

Capt. Bill Urban, a spokesperson for US Central Command, said that he was “aware of reports of civilian casualties.”

“We know that there were substantial and powerful subsequent explosions resulting from the destruction of the vehicle, indicating a large amount of explosive material inside that may have caused additional casualties,” he said in a statement. “It is unclear what may have happened, and we are investigating further.” Continued Below

Libs of Tik Tock tweeted the following over the US drone strike:

“9 people, including 6 children killed. I want to confirm with complete responsibility, they were not members of ISIS-K.” pic.twitter.com/JfENQ3RD4i

Images of some of the “High profile ISIS planners” that the U.S. killed in a drone strike. Source: @muslimshirzad pic.twitter.com/2mqcd5wfKr

This is Naseer Nejrabi. He was an army officer under Ghani. He was scheduled to get married tomorrow. He was killed in the U.S drone strike. pic.twitter.com/ukln6ALNqQ

CNN confirmed they were all members of 1 family. https://t.co/hIB7ExowDp

The funerals for the 10 civilians killed. pic.twitter.com/pBDr4HK0e8 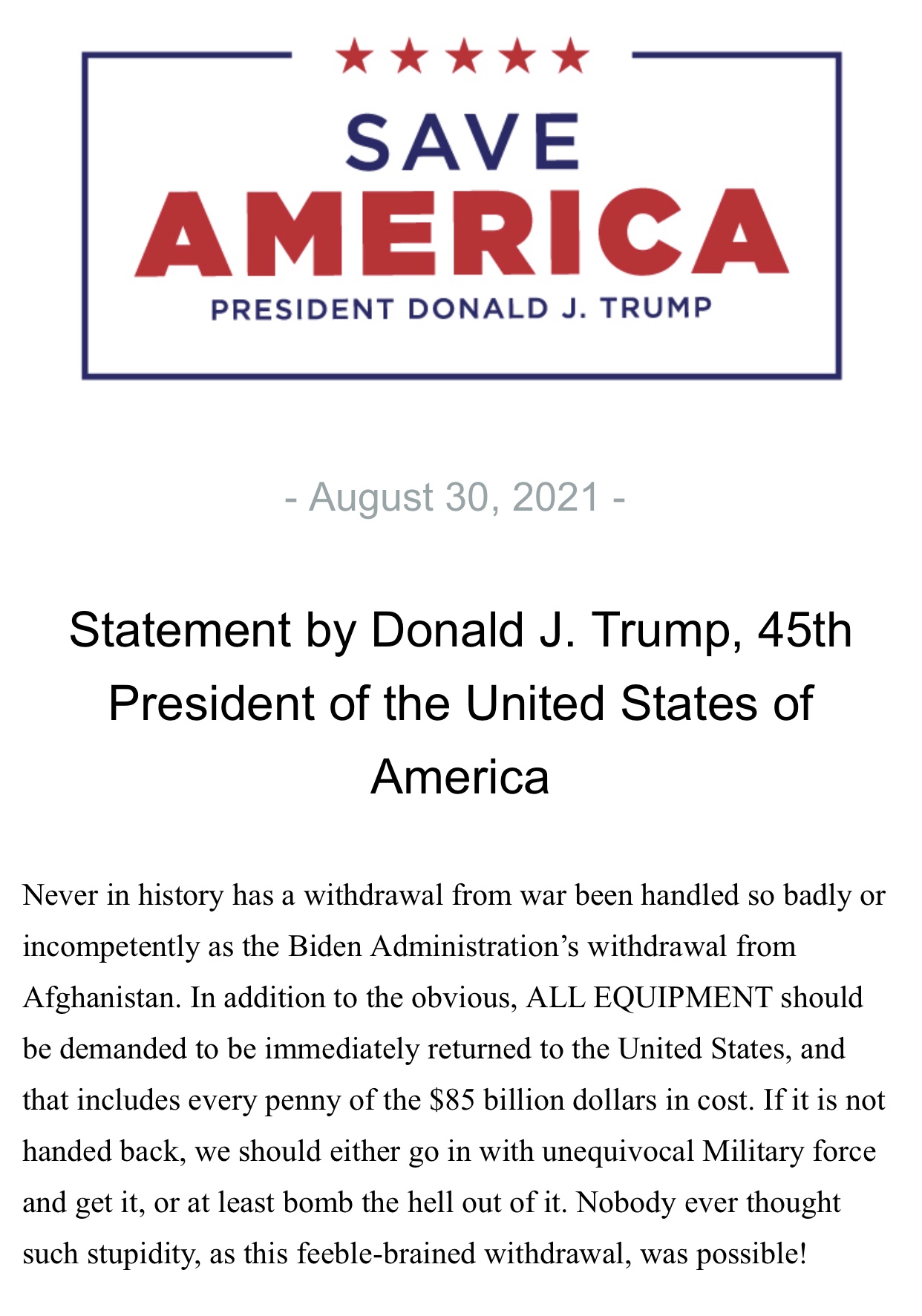 (Related: Jesse Watters Exposes Biden’s ‘Afghanistan Lies’: ‘Everything Biden Has Said About How This Was Gonna Go Has Turned Out to Be Wrong’)