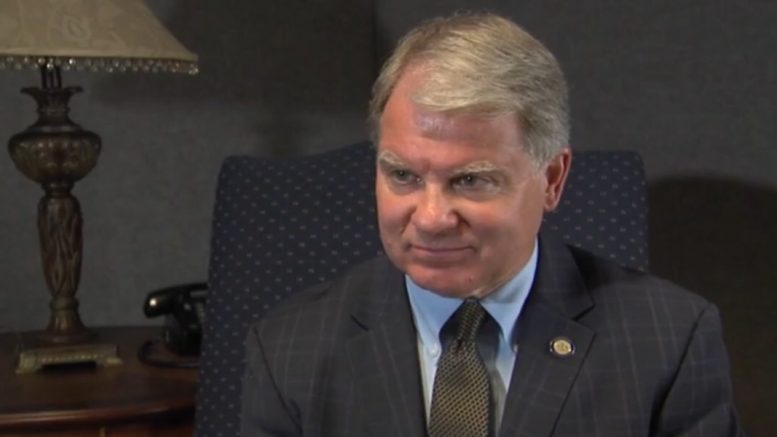 Pennsylvania appears to be on the precipice of initiating an Arizona-style audit of the 2020 election. State Sen. David Argall, who heads a committee that oversees elections, told local news outlets he favors a forensic audit of the contest that state and federal officials insist was secure, Washington Examiner reported.

Argall told the Capital-Star the audit is now a “very real possibility”, and he is considering subpoenas for ballot information and which jurisdictions to send them.

“There are a lot of things under consideration right now, and I told them to check back in a week or two, and we hope to have some more detail,” State Sen. David Argall told the Capital-Star.

“Do I have 100% confidence … that everything was perfect? No, I’d really like us to take a detailed review of that,” Argall said. “That’s why we’re looking at changing pieces of the election legislation, and it’s also why I think it wouldn’t hurt at all to go back, do that audit, and say, ‘How exactly did that work out?'”

Republican lawmakers from several states, including Pennsylvania, have made the pilgrimage to Veterans Memorial Coliseum in Phoenix, where the Maricopa County audit is stationed, to learn more about the process, Washington Examiner reported.

Former President Donald Trump issued a statement on June 4, urging the Pennsylvania Legislature to follow suit with an audit of its own and warned Pennsylvania Senate leadership “there is no way they will ever get re-elected” if they don’t “act”. Continued Below

Senate President Jake Corman needs to fulfill his promise to his constituents to conduct a full Forensic Audit. Senator Dave Argall, Chairman of the State Government Committee, has to authorize the subpoenas, if necessary. The people of Pennsylvania and America deserve to know the truth. If the Pennsylvania Senate leadership doesn’t act, there is no way they will ever get re-elected! Continued Below

Meanwhile, Attorney General Merrick Garland said in a speech last Friday that the Biden Justice Department “will apply the same scrutiny to post-election audits to ensure they abide by federal statutory requirements to protect election records and avoid the intimidation of voters. In that regard, we will publish guidance explaining the civil and criminal statutes that apply to post-election audits.”

Arizona’s attorney general on Monday appeared to put the department in check over its criticism of the State Senate’s forensic audit of the Maricopa County 2020 election votes, charging that it was giving into “hysterical outcries of leftist pundits on cable television, rather than the rule of law”, as previously reported by The Freedom Times.

Trump: ‘Based on the Gableman Report, I Would Imagine That There can Only be a Decertification of Electors’