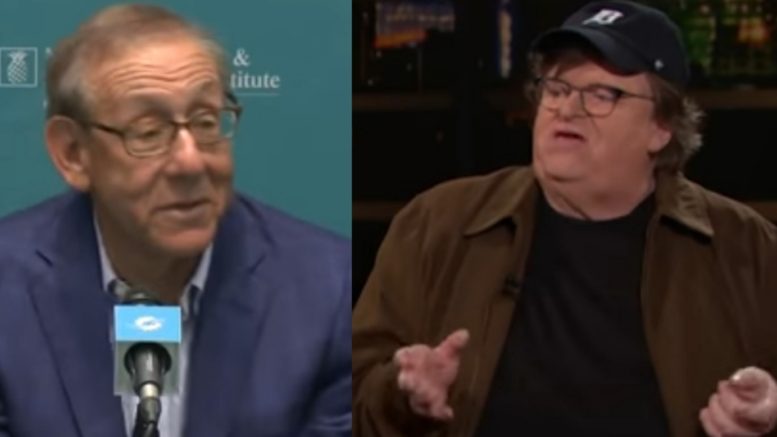 Miami Dolphins owner, Stephen Ross, has taken a lot of heat from anti-Trump activists over his plans to host a Trump fundraiser event at his Long Island residence on Friday.

According to Fox News, “After news of the fundraiser emerged, anti-Trump activists called for boycotts against Equinox and SoulCycle, two fitness brands in which Ross, 79, a longtime GOP donor, is an investor.”

Anti-Trump film maker Michael Moore was among the many celebrities who spoke out against SoulCycle, in particular, vowing to cancel his membership to the company that specializes in indoor cycling classes.

Moore said in a statement, “That’s it! Just cancelled my @SoulCycle membership!” See Below

It’s unclear if Moore really has a SoulCycle membership, however, his statement backfired tremendously as Twitterverse reacted with high dose of comments.

Producer Robby Starbuck replied with a screen shot of SoulCycle’s FAQ, that indicates the company does not have memberships, as seen below.

Political commentator, Mark Dice called Moore’s bluff and replied, “It’s a gym, not an all you can eat buffet, so I’m sure you’ve never been there.”

And the comments kept on rolling in. See Below

We leave you with some of the most engaged comments to Michael Moore:

From your phone…at the Golden Corral.

I will lick the doorknob of a gas station bathroom if you can prove you had a @soulcycle membership, Jabba.

This will be devastating for their business 🤣 pic.twitter.com/NVQ66EJICV