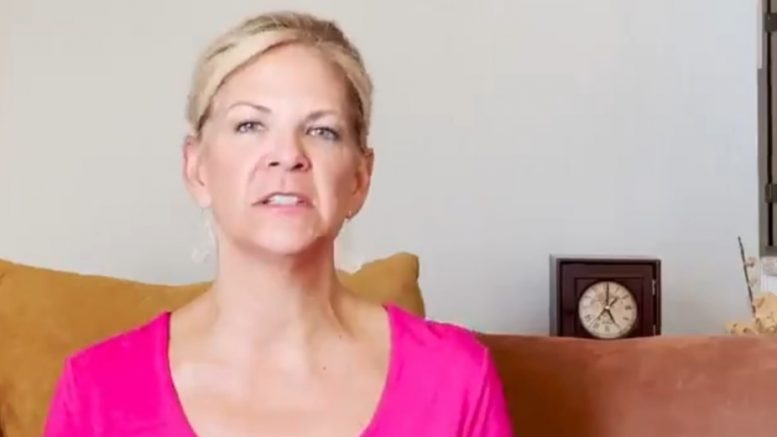 In her latest update, Arizona GOP chair Dr. Kelli Ward issued a “call to action” for Americans to “join together to protect” the Maricopa County election audit and “support our efforts to keep the process from being undermined or stopped by the Democrats.”

Dr. Ward warned of “serious developments” in the ongoing forensic audit and the hand recount of over 2 million ballots cast in the 2020 election in Maricopa County, primarily the possibility that two “major backroom players” and “partisan attack dogs” from Washington are being pushed by Democratic election “experts” in Arizona to monitor the ballot-counting process.

As stated in her latest video update posted to Twitter, Dr. Kelli Ward stated as follows:

“A group of so-called ‘experts’ are on election security and administration are asking the Justice Department to send federal monitors to Arizona. Who are these ‘experts’ as the media likes to call them? The two lead actors are the Brennan Center for Justice and the Protect Democracy Group.

“Their names sound innocent of course but both of those groups are major backroom players in Washington who work hand in hand with Democrats at every level. They are aggressive, dirty players funneling millions of corporate monies to advance social re-engineering and identity politics while working with BLM and Marxist groups to literally destroy our nation.

“…Arizona is off limits to the federal government, trampling on our constitutional rights and our sovereignty when it comes to managing our own elections. We believe in the U.S. Constitution, including the 10th Amendment. That includes horning in to pretend to monitor our audit with the goal of interfering with the Arizona Senate’s right to audit an election, which has been upheld by the Arizona Supreme Court.

“…We also do not want or need partisan attack dogs like the Brennan Center or Protect Democracy coming in to observe or interfere or undermine our elections or the Arizona State Senate audit, but they are coming with their lawyers, with their money and with their agenda to attempt to derail this full forensic audit that is being done by qualified experts.”

BREAKING NEWS… Major developments threaten America's Audit in Arizona as Democrats ramp up efforts to undermine process. Watch Arizona GOP Chairwoman @kelliwardaz give the latest update. We Will #FinishTheAudit We Will Not Be Intimidated. pic.twitter.com/2dRWvxwdCH