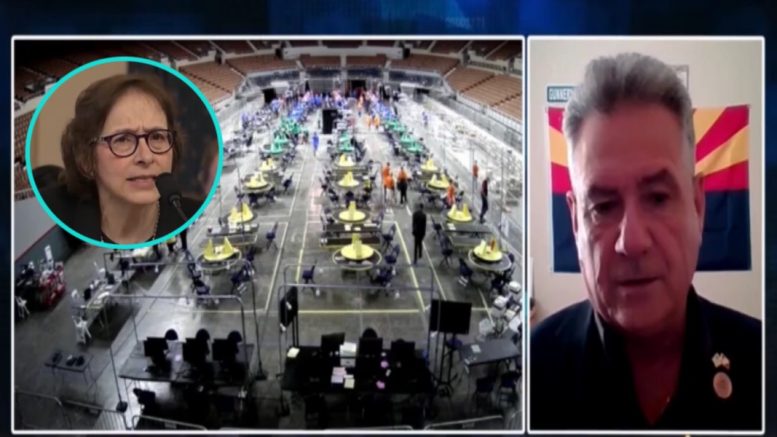 The Department of Justice on Wednesday issued a warning regarding the Arizona audit of 2020 election ballots in Maricopa County, saying it could be violating both federal voting and civil rights laws, The Hill reported.

In a letter obtained by CNN, Pamela Karlan, the principal deputy assistant attorney general for the Justice Department’s civil rights division, voiced concern to Arizona Senate President Karen Fann (R)– that giving election material to Cyber Ninjas, the Florida-based contractor conducting the audit, might be a violation of the Civil Rights Act of 1960.

“We have a concern that Maricopa County election records, which are required by federal law to be retained and preserved, are no longer under the ultimate control of elections officials, are not being adequately safeguarded by contractors, and are at risk of damage or loss,” Karlan wrote.

Karlan also noted that Cyber Ninjas’ statement of work includes canvassing to “identify voter registrations that did not make sense, and then knock on doors to confirm if valid voters actually lived at the stated address” raises concerns of potential voter intimidation, reported CNN.

“The Department enforces a number of federal statutes that prohibit intimidation of persons for voting or attempting to vote,” Karlan wrote. “Past experience with similar investigative efforts around the country has raised concerns that they can be directed at minority voters, which potentially can implicate the anti-intimidation prohibitions of the Voting Rights Act.”

Senator Borrelli, during an interview Friday on “War Room Pandemic”, told Steve Bannon, “It’s given us more resolve, because that means we’re way over the target.”

“When you really read that letter from the Justice Department– they should be called the Department of jovial activity, because everything in there was basically a joke. They’re accusing us of stuff that actually the county caused and the secretary of states caused,” he said.

“It’s ridiculous, so it doesn’t scare us. It actually is gonna energize us a little bit more, because we know we’re over the target. I find it interesting in that letter they listed all the left-leaning news organizations in Arizona as a somehow proof source. They’re trying to use that as a court of public opinion but we actually have the opinion of the courts, so we’re not worried about it,” Senator Borrelli added. Video Below

Karlan was asked to describe the differences between a president and a king when she brought up Barron Trump’s name in her answer. “The Constitution says there can be no titles of nobility. So while the president can name his son Barron, he can’t make him a baron,’ Karlan told lawmakers.

Soon after Karlan’s statement, former First Lady Melania Trump issued a rare rebuke on Twitter. Melania’s tweet, at the time, was read aloud during the hearing and also entered into the record by Rep. Mike Johnson (R-LA).

“A minor child deserves privacy and should be kept out of politics,” tweeted the former first lady, who was traveling back to D.C. from London. “Pamela Karlan, you should be ashamed of your very angry and obviously biased public pandering, and using a child to do it”.

A minor child deserves privacy and should be kept out of politics. Pamela Karlan, you should be ashamed of your very angry and obviously biased public pandering, and using a child to do it.

(Related: Dr. Kelli Ward Issues An Update on AZ’s Election Audit: “The Most Serious Assault by the Democrats to Date”)

Nadler Calls For ‘Federal Review by DOJ’ After Rittenhouse Not Guilty Verdict, Instantly Gets Ratioed