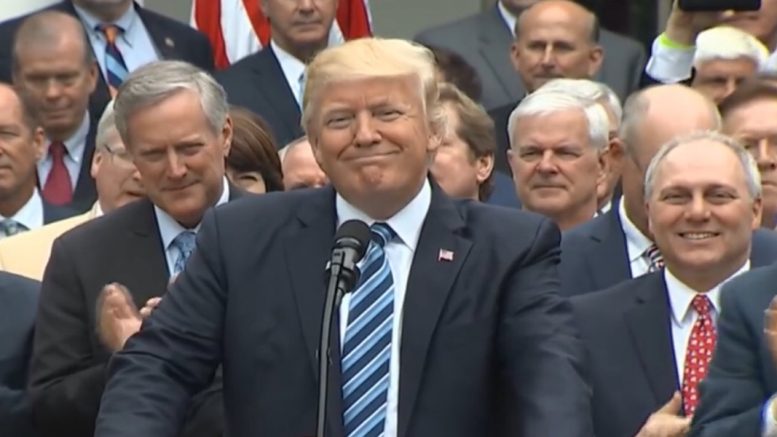 The 45th President issued a statement Friday via email from his “Save America” PAC, urging Pennsylvania state lawmakers to follow the path of officials in Arizona and to conduct a “full Forensic Audit” of the 2020 election. He predicts that if the state Senate does not “act”, the Pennsylvania lawmakers will never “get re-elected”.

Trump remarks came as Pennsylvania delegation, consisting of State Senator Doug Mastriano, State Senator Cris Dush, and State Rep. Rob Kauffman, arrived in Arizona this week to meet with members of the Arizona Legislature and tour the Arizona Audit to receive a brief from the forensic audit team, as previously reported The Freedom Times.

Now the Pennsylvania Senate needs to act. Senate President Jake Corman needs to fulfill his promise to his constituents to conduct a full Forensic Audit. Senator Dave Argall, Chairman of the State Government Committee, has to authorize the subpoenas, if necessary.

The people of Pennsylvania and America deserve to know the truth. If the Pennsylvania Senate leadership doesn’t act, there is no way they will ever get re-elected! Continued Below 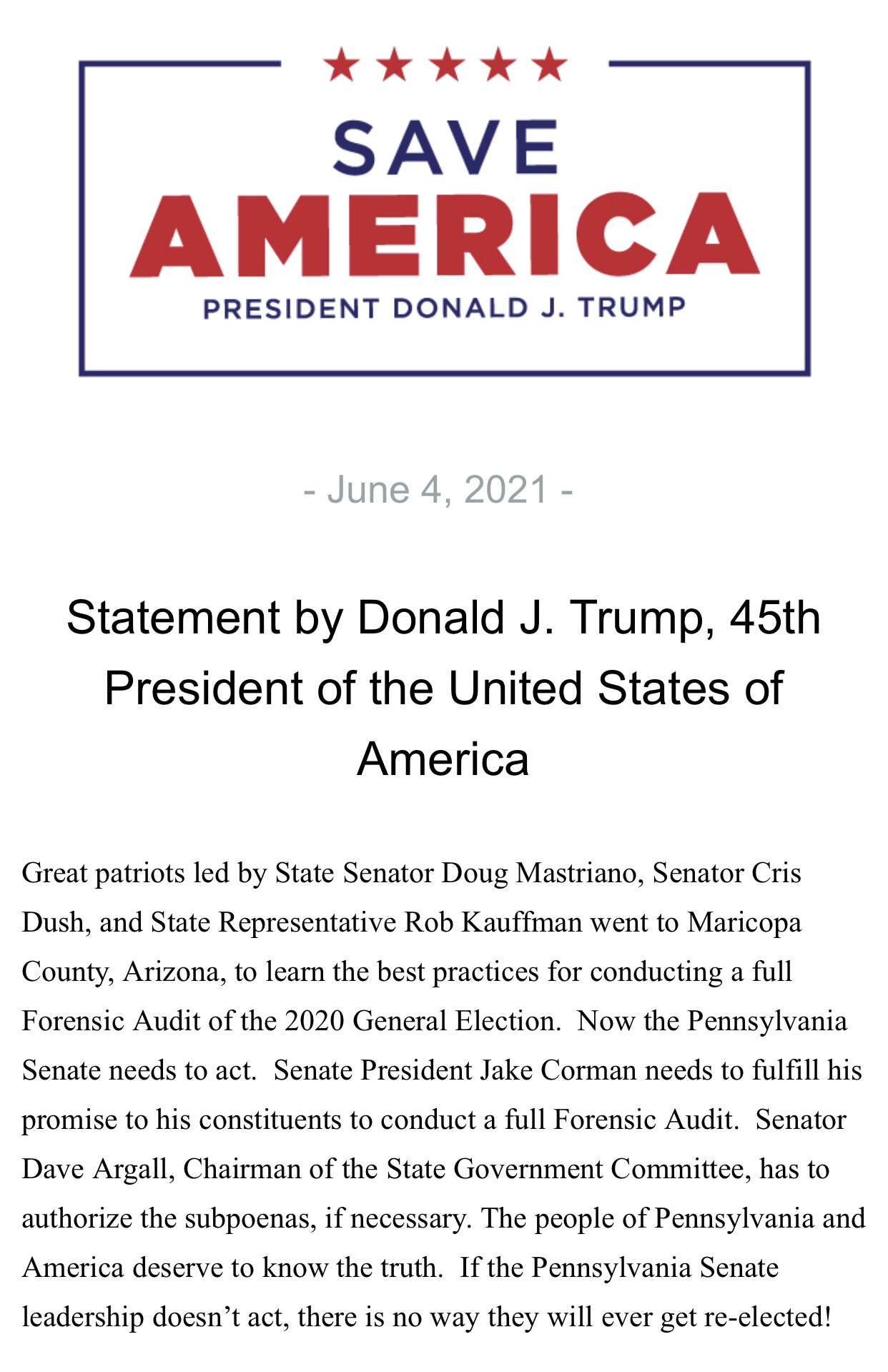 State Senator Doug Mastriano spoke to Steve Bannon Wednesday on “War Room” to discuss his tour in Arizona. He said the Arizona vote audit should be “model” for his state of Pennsylvania.