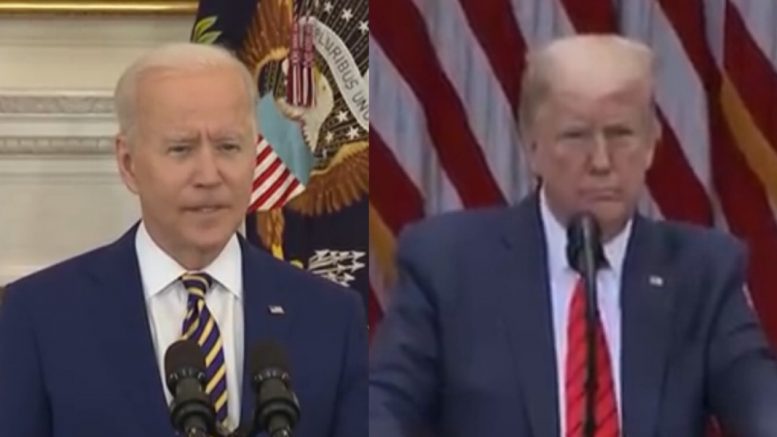 Former President Donald Trump issued a statement via email from his “Save America” PAC Friday evening following Joe Biden appearing to take credit once again for the coronavirus vaccines, without mentioning Operation Warp Speed from the Trump administration.

Biden, on Friday, said in remarks at the White House Friday afternoon, “Today we will have reached the mark of 300 million shots in arms in just 150 days. That’s an important milestone that just didn’t happen on its own or by chance.”

“Together, we built an unparalleled vaccination program and managed one of the biggest and most complicated logistical challenges in American history,” Biden claimed. “What we’re seeing is a truly American accomplishment.”

In a statement Friday, the 45th President called out Biden for his repeated effort “to claim credit for the vaccine distribution”.

“When Biden tries to claim credit for vaccine distribution, a distribution system that was set up by the Trump Administration, he should remember that if I didn’t purchase, very early on, billions of dollars worth of the vaccine, bottles, needles, and everything else that goes with it, he and his administration would not have been giving vaccinations until October or November of this year,” Trump pointed out. Continued Below

“So let them go on and on with their Fake Campaign and Fake Election results and Fake Media, but without the Trump Administration’s Operation Warp Speed, millions of people would be dying all over the World that will now be saved,” the 45th Commander in Chief expressed.

Last month, Trump said in a statement, “The Biden Administration had zero to do with it. All they did was continue our plan of distribution, which was working well right from the beginning!”

Before the 45th President left office, Joe Biden and Kamala Harris were both vaccinated in December– despite claiming they do not trust the Trump administration’s coronavirus vaccine production. “Let me be clear: I trust vaccines,” Biden said last year. “I trust scientists. But I don’t trust Donald Trump, and at this moment, the American people can’t either.” Continued Below 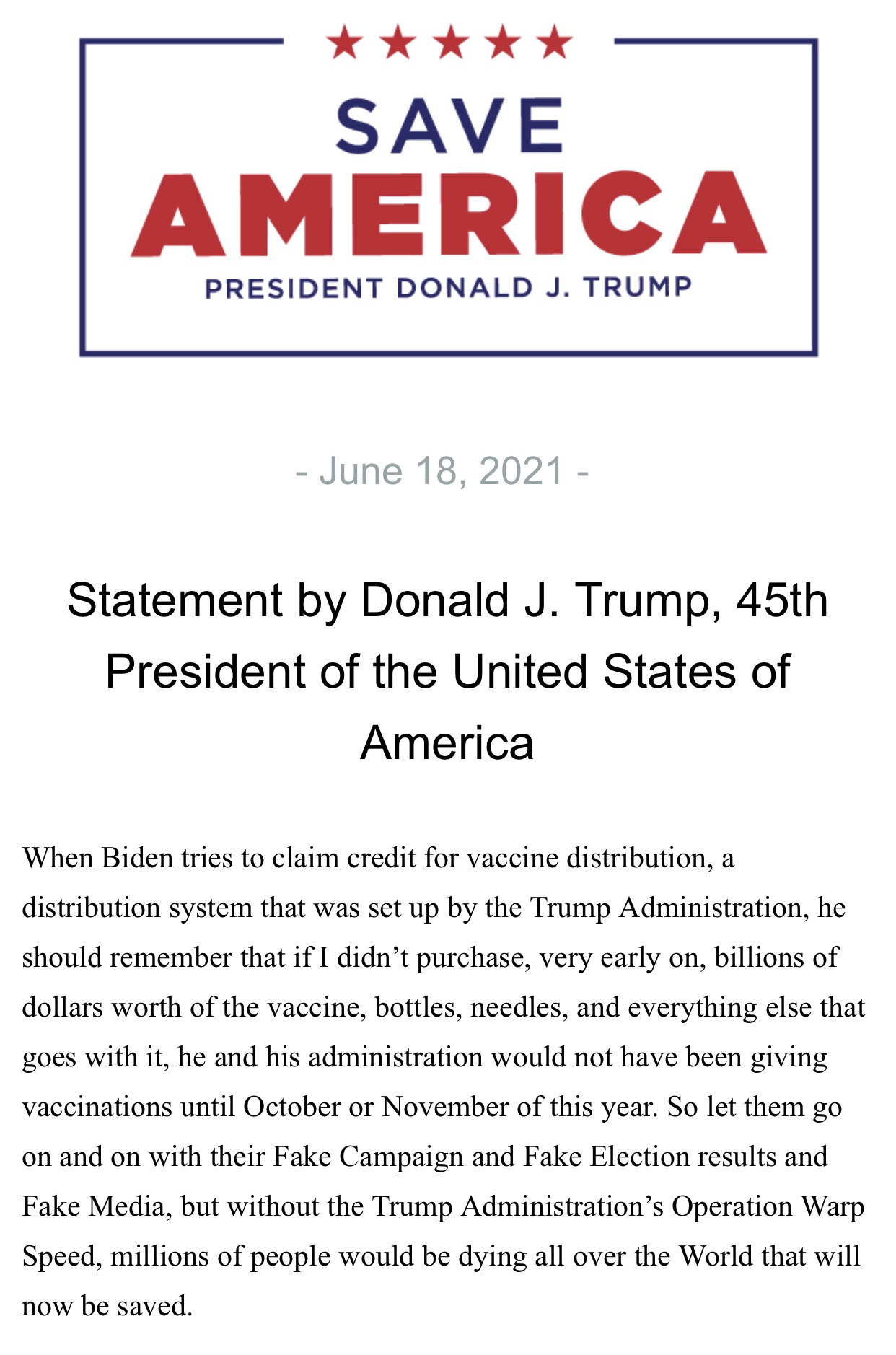 (Related: Hannity Rips Biden’s First Prime-Time Address: “Stop Taking Credit For Something, Frankly, You Had Nothing To Do With”)