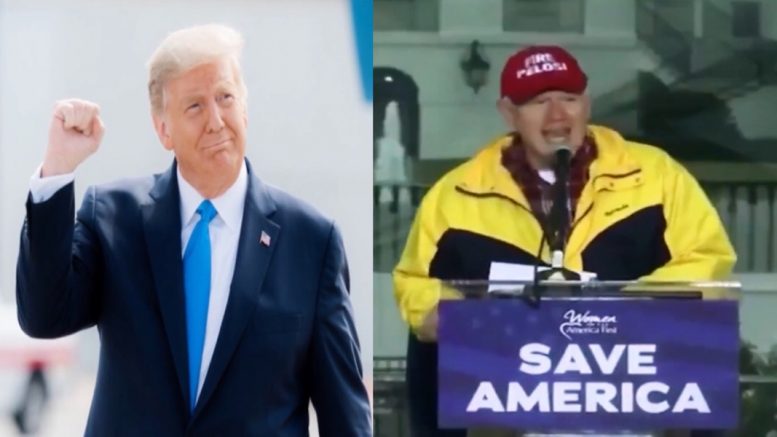 Rep. Brooks was the first member of Congress to publicly announce in December that he would object to the Electoral College vote returns during the congressional confirmation proceedings when they came before Congress on January 6th.

Few Republicans have as much COURAGE and FIGHT as Alabama Congressman Mo Brooks. Mo is a great Conservative Republican leader, who will stand up for America First no matter what obstacles the Fake News Media, RINOs, or Socialist Democrats may place in his path.

Mo Brooks is pro-life, loves our Military and our Vets, will protect our Second Amendment, combat the Biden open borders agenda, is fighting for voter integrity (like few others), and was the Co-Chair of our winning, and record setting, Alabama campaign in 2020.

Mo Brooks has my Complete and Total Endorsement for the U.S. Senate representing the Great State of Alabama. He will never let you down! Continued Below

The Brooks campaign responded to President Trump’s endorsement in a press release Wednesday morning, saying that he is “honored and humbled”.

In the announcement, Brooks expressed, “I am honored and humbled by President Trump’s strong endorsement of me for Alabama’s U.S. Senate seat. I ask all Alabamians who share our America First vision to heed and honor President Trump’s request by joining our campaign. Sign up to help at MoBrooks.com.”

Immediately after the 45th President announced the endorsement, Rep. Brooks changed the name of his campaign Twitter account to “Mo Brooks — Endorsed by President Trump.” Video Below

When asked about possibly endorsing Rep. Brooks, President Trump praised the congressman, saying in part, “Mo Brooks in Alabama has done a spectacular job of fighting for election integrity. He saw the crooked election, what happened. He was willing to speak up. He’s a strong guy, a tough guy, he loves his state.” 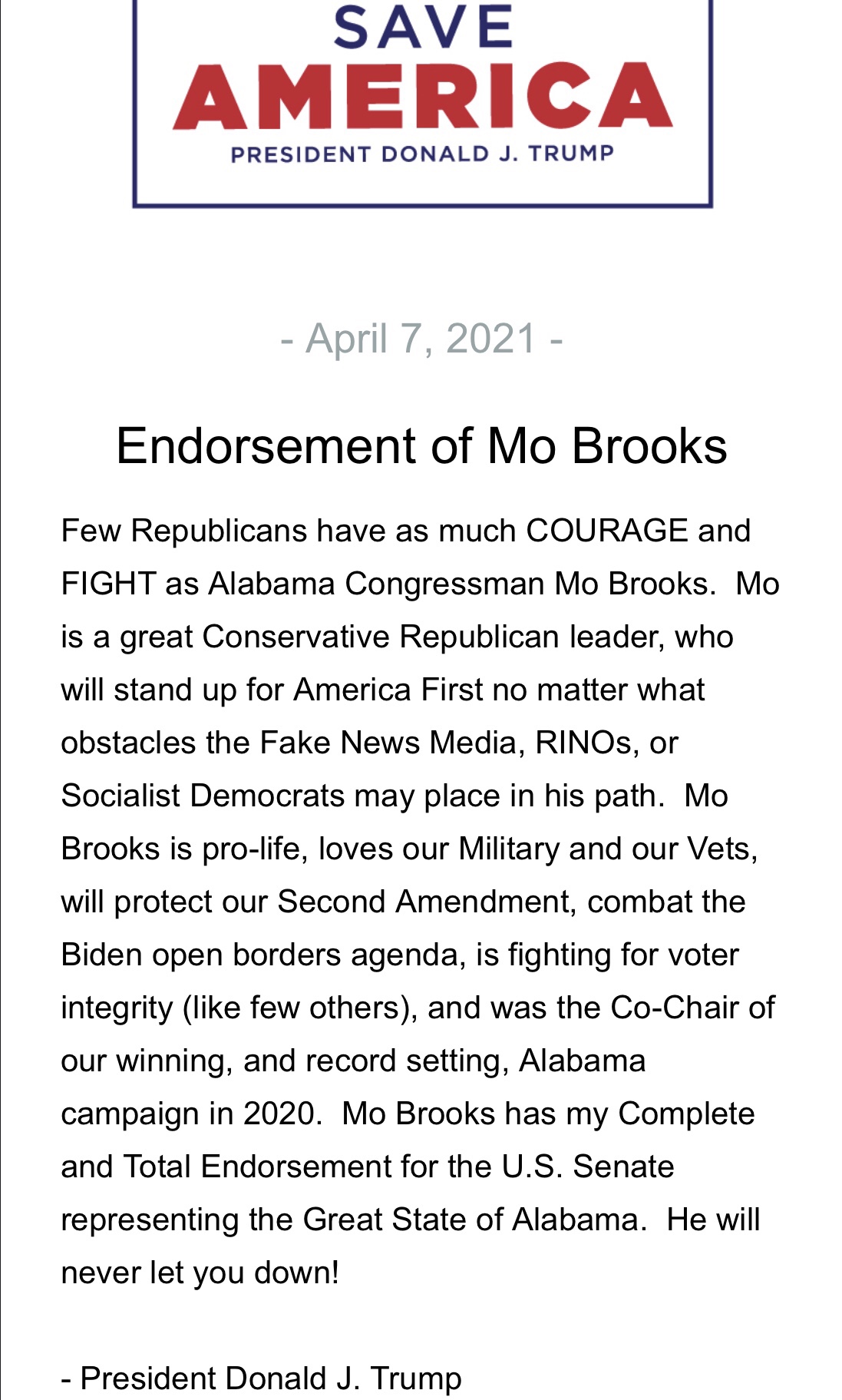 Sen. Bill Cassidy: “I Don’t Think President Trump Is Going To Be Our Nominee”

Trump Unloads on Fox News with a Pair of ‘Truth’ Bombs: ‘Karl Rove is Unwatchable, Very negative & on All the Time’