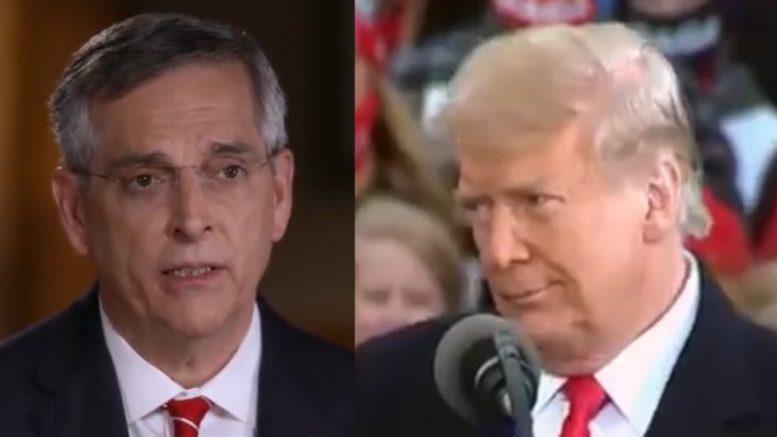 There are more than 100,000 Georgians set to be removed from the state’s voter registration rolls unless they act in a timely manner. State officials told WSBTV channel 2 News that the removals are required by law, and the maintenance of the voter rolls must occur every two years, Just the News reported.

According to Channel 2 in Atlanta, most of the more than 100,000 poised to being removed from the list have submitted change of address forms to the post office or mail sent to their listed residences were returned. More than 18,000 were removed because they are deceased.

“These people don’t live in Georgia anymore,” Georgia Secretary of State Brad Raffensperger told told Channel 2 investigative reporter Justin Gray. “Then you have 18,000 people who passed. So they are not going to be voting anymore. You need to have accurate voter rolls and proper list maintenance. It also helps your county election directors.”

Raffensperger said going forward, that new system will allow them to update the registration status of people who move out of state on a monthly basis, instead of every two years.

Further, The Georgia Star News revealed that the “chain-of-custody documentation is missing for 18,901 ballots in Fulton County, Georgia”. Raffensperger said in a statement last week: “New revelations that Fulton County is unable to produce all ballot drop box transfer documents will be investigated thoroughly, as we have with other counties that failed to follow Georgia rules and regulations regarding drop boxes. This cannot continue”.

The 45th President issued a statement via email from “Save America” PAC on Tuesday as Raffensperger is poised to remove 100,000 names from the Georgia voter rolls, warning “Much other information will soon be revealed about Georgia—and other States as well”. Continued Below

Georgia now plans to remove over 100,000 “obsolete and outdated” names off their voter rolls. Doing this, they say, will ensure voting files are up to date, while at the same time ensuring voter integrity in future elections.

BUT WHAT ABOUT THE LAST ELECTION? WHY WASN’T THIS DONE PRIOR TO THE NOVEMBER 3RD PRESIDENTIAL ELECTION, where they had us losing by a very small number of votes, many times less than the 101,789 figure? This means we (you!) won the Presidential Election in Georgia.

But don’t fret, much other information will soon be revealed about Georgia—and other States as well. It is coming out FAST and FURIOUS. The 2020 Presidential Election was rigged!

Liz Harrington, the new spokeswoman for President Donald Trump’s Save America Political Action Committee and for Trump himself, weighed in on Georgia and Brad Raffensperger during an interview with Natalie Harp on OAN.

MUST-WATCH the great @NatalieJHarp breaks down the latest in GA, double-counting, dead voters, and more!

"And here Raffensperger was railing against President Trump for saying he only needed to find 11,780. We just did! And 108,495 to spare." pic.twitter.com/XCBrifY2jh 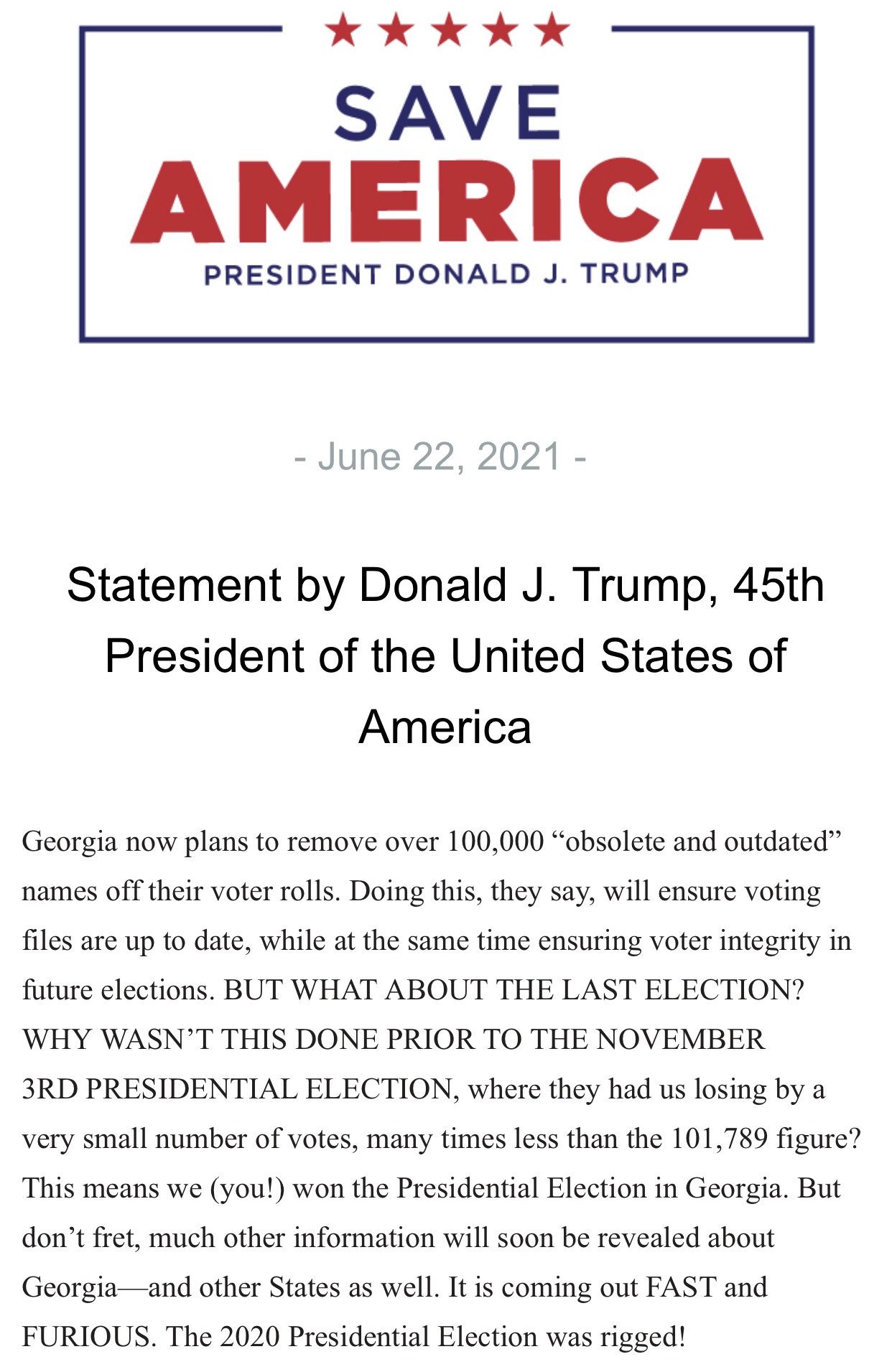